Hamedi Saleh has survived much conflict in her 99 years, but only now has bombing forced her to flee her home in Sanaa’s ancient quarters 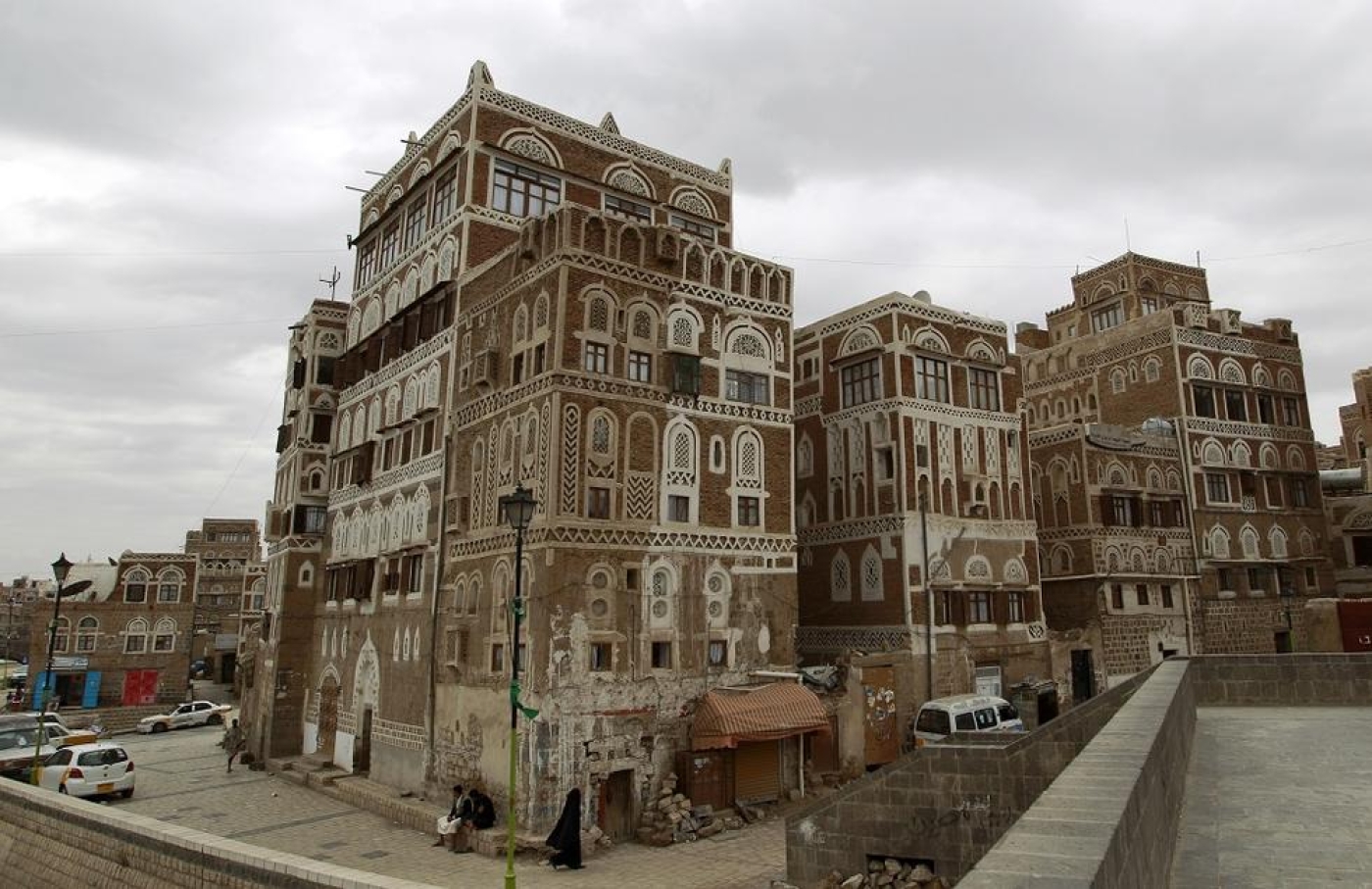 Hamedi Saleh was slightly disoriented. She had just been forced to evacuate her house in the al-Qassimi quarter of the Old City in Sanaa, the capital of Yemen, after Saudi Arabia-led bombing had obliterated five houses and claimed six lives.

Saleh lived in Old Sanaa for more than 90 of her 99 years. Now it is just a place to which she longs to return.

From the disquieting comfort of her uncle’s house in Arhab, 30 km from Old Sanaa, she said: “I had to leave at the request of my children and grandchildren. I resisted many times. I want to die in my house, around my friends and neighbours. I can’t sleep here.

“I moved from my home because they started targeting nearby houses. I’m sad to hear about some of those who died.”

Among those killed in the bombing of 12 June was 16-year-old Rashad Abdolqader, who died in his sleep and whose body was discovered among piles of debris.

Saleh’s story is harrowingly familiar. The attack that led to her leaving the area also prompted many others whose families have lived in the old quarters for generations to abandon their homes in fear for their safety.

Popularly known as a jewel of Islamic architecture, the old quarters’ fairytale gingerbread-style houses in fired bricks and white gypsum have been declared a UNESCO World Heritage Site. Parts of the area have been inhabited for more than 2,500 years.

Even after witnessing several wars, including the 1962-1970 North Yemen civil war and the 1994 civil war between north and south, Saleh said she had never seen destruction and despair on such a scale.

People started leaving Sanaa at the start of the Saudi-led bombing campaign in March, said Mohammed al-Orafi, a local district council member. “But since last Friday, more families are abandoning their homes in Old Sanaa because of its proximity to the attack on the Ministry of Defence.”

A ‘happy life’ in Old Sanaa

Born in the Moammar quarter, Saleh lived with her parents and two siblings. Her childhood was a happy one, guileless and free from the modern-day struggles where children are used to fetching water and serving on the frontline.

As a daughter of the general for the Imam al-Mutawakkil Yahya Muhammad Hamid ad-Din, who governed Yemen from 1904-1948, she was also among the privileged few.

When she was 10 years old, she married Ali Al Hadhrami. “My father agreed from the beginning, because he used to work in the mosque and he was a religious man and this was very important for him.

“The next day I married. I was one of the few lucky women to go by car to my husband’s house in a car lent by the Imam.” She doesn’t recall the model, but vividly remembers the colour was green.

In those days the use of cars was rare. Saleh reminisced how well-wishers lined the streets to cheer at her arrival in the new marital home, where, she said: “We led a very happy life.”

When Saleh was 12, she had her first child, Mohammed. “Life was very good then in Old Sanaa. The Imam was ruling. We had water; electricity was still scarce, but there were no bombs, no fear,” she said.

But for Saleh, the Old City has over the years become unrecognisable. “It was safe, a friendly neighbourhood where everyone looked after each other. We were like one big family. It is no longer like that. This upsets me deeply.”

A strong supporter of the Imam’s rule, she believes that the country started to go downhill after 1962.

Even so, “there is no comparison between the previous wars and this one. This war has robbed us of a life. Saudi Arabia has besieged fuel and basic food supplies. These are difficult days. Of course, all parties are to blame, including Houthis,” she said.

Saleh was referring to the Zaidi Shia militants from north Yemen who in January took over Sanaa and ousted President Abd Rabbuh Mansur Hadi, in whose support a Saudi-led coalition is now carrying out airstrikes.

“People are terrified both inside and outside their homes. We go to sleep and wake up with the bombs raining on us,” she said.

Saleh said that for decades all Yemenis prayed together. “There was no Shia or Sunni. I am only hearing of that now.” This religious and political heritage can be seen in the 103 mosques, all built before the 11th century.

‘I will die in the Old City if I have to’

While Saleh and others flee the old quarters of Sanaa, those that remain have little to spend. The once bustling souks filled with people and laughter in preparation for the Ramadan holy month are now visited only sporadically by shoppers.

For Awad Abdo, who sells dates in the souq, business has never been this slow in his 45 years. The empty shelves were once piled with dates from around the Middle East. “Local purchasing power is extremely weak,” he said. “I used to sell more than 3-4,000 kilograms of dates, but I’ve sold less than 900 kilograms so far. Basic supplies such as rice and flour are a luxury.”

The plight of Yemen’s people extends well beyond Sanaa. Since the Saudi-led bombing campaign started in March, things have deteriorated further. Shelling by the Houthis is also a regular occurrence and according to the UN more than 2,300 people have now been killed due to the fighting. Some 20 million Yemenis – out of a total population of 26 million people - have already lost access to basic supplies, including food, water and medicine.

While the two sides flew to Geneva last week for UN-brokered peace talks that aimed to at least secure a two-week humanitarian ceasefire, the talks failed on Friday with almost no progress being made. On Saturday fresh airstrikes pounded the southern capital Aden, while on Sunday Houthi shelling killed at least three people in Aden, medics said.

Saleh said that despite the collapse of the talks, she felt that the best way to end the conflict was to get back to the negotiating table as quickly as possible. “I want to tell these politicians life is very small - look at me, I am 99,” she said.

“I hope all the political sides will put people first and show some humanity. Not for me, I have a few days, perhaps months, but what about the next generation?”

Regardless of the widespread fear in the historic quarters, some are determined to stay.

Sipping on his chai ahmar [red tea], 85-year-old Abdul Rahman said he came to Old Sanaa when he was 10. His early years were spent in the military but he left aged 25 and set up his own store selling cultural artefacts.

An obstinate, Rahman said: “I’m not going anywhere. I will die here in my house in Old City if I have to.”