Lebanon, Jordan, Israel, Syria and Iraq all hit by deadly sandstorm that is expected to last at least until tomorrow 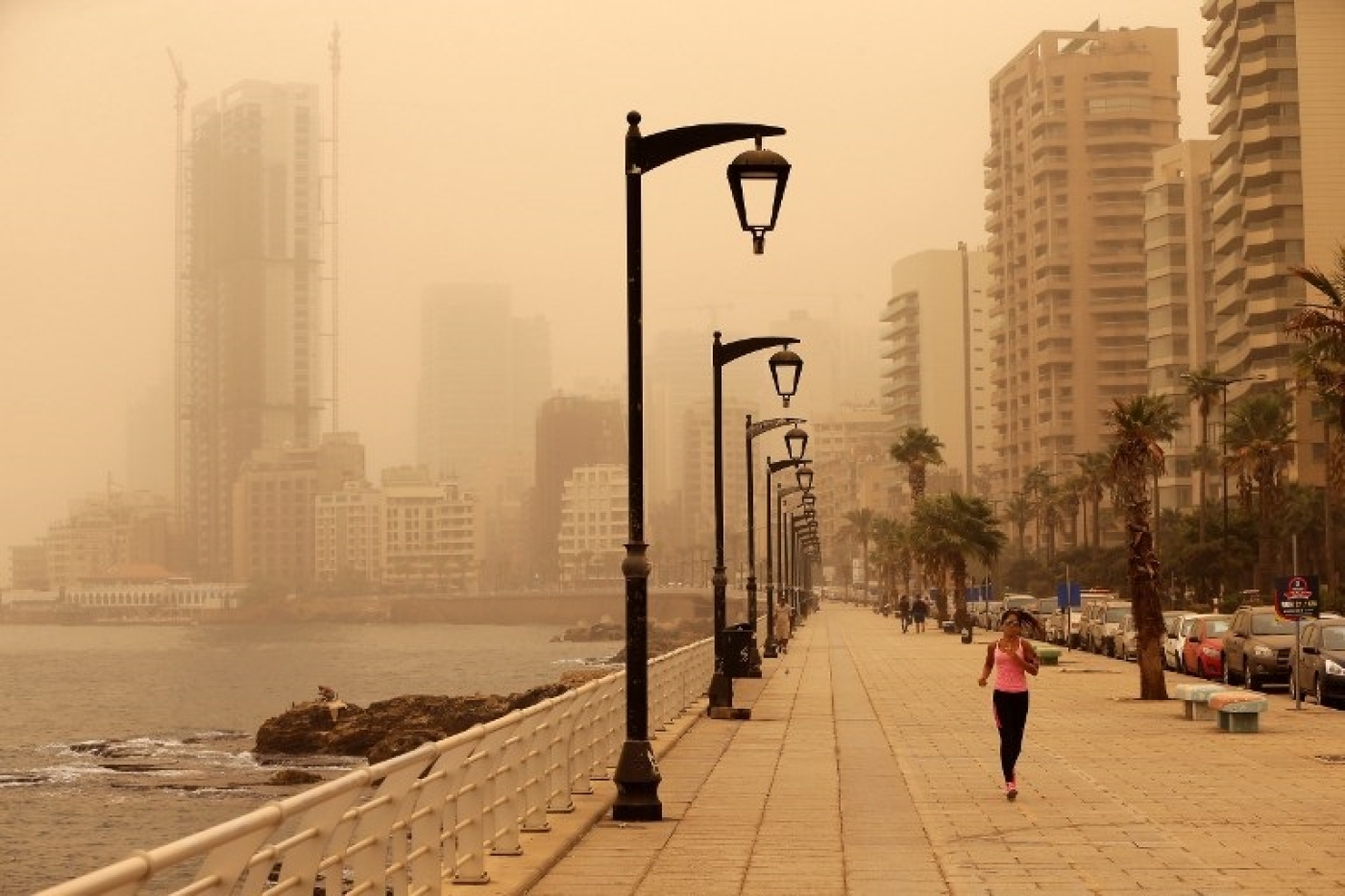 Two people have died in Lebanon and hundreds more have been treated for respiratory problems after a massive sandstorm blanketed much of the Middle East, Lebanon's health ministry said on Tuesday.

In a statement, the health ministry said two women had died at hospitals in the eastern Bekaa Valley region because of the storm.

"The number of cases of choking and shortness of breath caused by the sandstorm has risen to 750," the ministry said.

Both Lebanon's health ministry and the Red Cross said they were on alert as a cloud of dust and grit engulfed the country and also hit Israel, Syria and parts of Iraq.

The Lebanese health ministry has urged "people suffering from asthma, allergies, cardiovascular and pulmonary problems, as well as the elderly and pregnant women, to stay at home to avoid the dust".

"In the next few hours, the haze will cover all of Israel," Dr Levana Kordova, scientific manager at the Environment Ministry's Air Monitoring Centre told Israeli news site Y-Net.

"We will continue to track and monitor developments. For sensitive populations, short term exposure to such dense clusters of particulates can cause a stroke, heart attacks, and even death. The storm comes in addition the existing high heat and high humidity."

Some flights in Israel have had to be grounded due to the storm.

According to Lebanon's weather service the storm is expected to calm later on Wednesday night, although the head of Syria's meteorology department, Ridwan al-Ahmed, told state media that the storm could continue in some capacity until Friday.

Lebanon is hosting more than 1.5 million Syrian refugees, many of whom live in flimsy tents in informal campsites.

"It usually happens twice or even three times a year in Lebanon but during spring, March and April, and the unusual thing today is the density of the storm," he told AFP.

Here are some of the best tweets:

#Amman covered by a blanket of #sandstorm .. see Amman before and after... pic.twitter.com/P9fhIXl7Fu

There was a terrible sandstorm in Bethlehem. This is the sun at 10 AM over the Church of the Nativity pic.twitter.com/ULvDIjfO0o Gaza Aftermath
IN PICTURES: Palestinians carry on despite latest storm