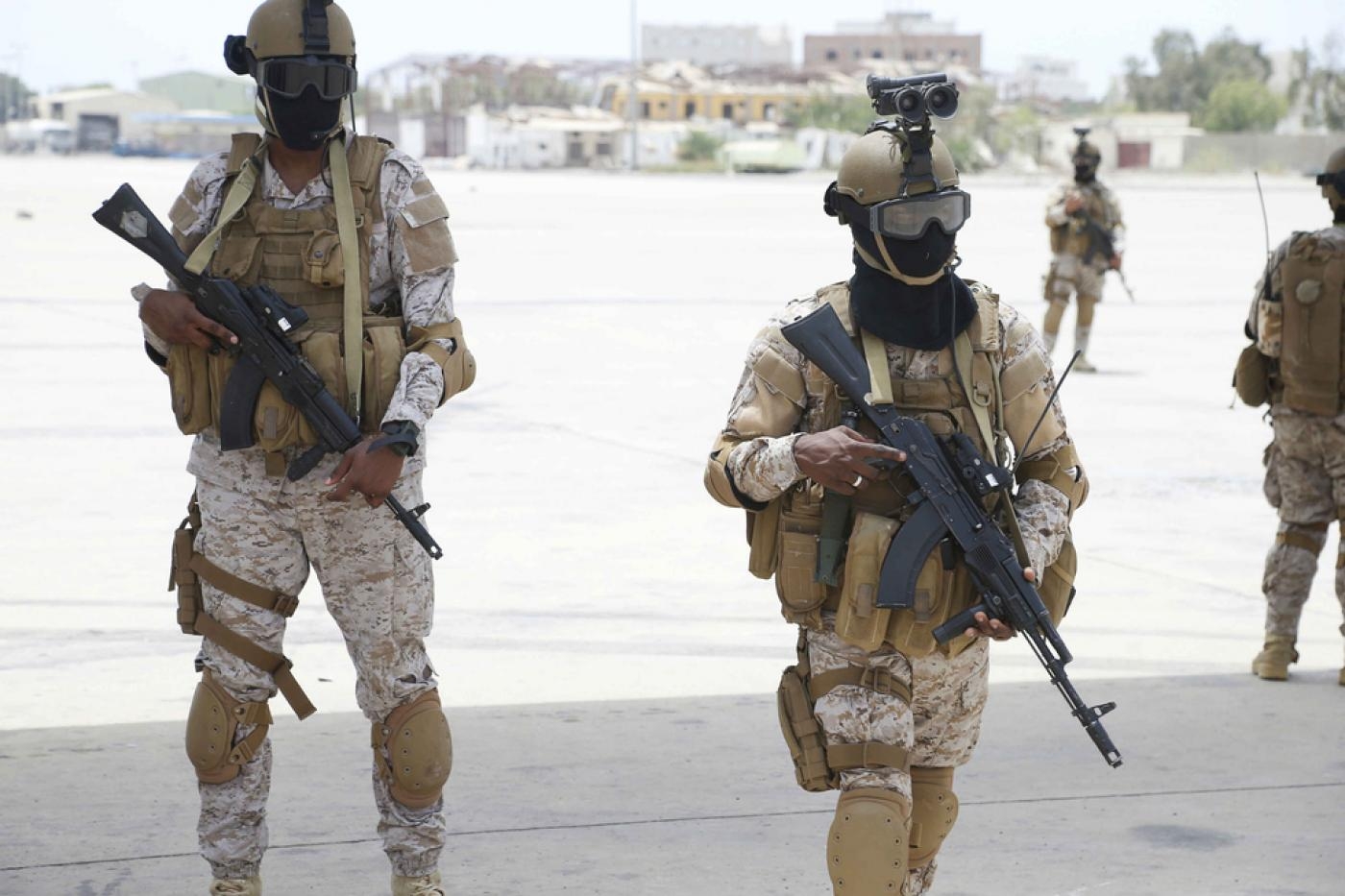 Saudi forces and their allies arrested, tortured and illegally transferred dozens of civilians who opposed their presence in Yemen's southern governorate of al-Mahrah to the kingdom, according to a Human Rights Watch released on Wednesday.

Former detainees told the rights group that they were subject to beatings and electric shocks after they were accused of supporting the kingdom's opponents in the region.

The detainees said the crackdown began after local leaders established a peaceful sit-in to oppose the presence of Saudi forces in the governorate in December 2017, according to the report.

Saudi Arabia deployed its 123rd Infantry Brigade security unit to al-Ghayhdah, al-Mahrah's capital, around two years after it launched a military offensive on the impoverished country.

'In this prison, no jailer was Yemeni. No one. Zero'

The coalition, which receives US logistical support, says it was concerned by the rise of Houthi rebels and accused regional rival Iran of arming the group.

The Reuters news agency reported in 2016 that weapons were being smuggled from Oman, across al-Mahrah and into Houthi-held areas, a charge Muscat has denied.

The Sultanate was the only Arab state in the Gulf region that did not join the Saudi-led coalition. Qatar was a member but subsequently withdrew after Saudi Arabia and allied states launched an ongoing economic blockade against its neighbour in 2017.

The mother of one detainee said that Yemeni military police arrested her son in June 2019 at al-Ghaydah airport when he went there to register and find work as a guard. They later transferred him to a prison in Abha, the capital of Asir province in Saudi Arabia.

She said she received no word from him for three months, and only found out where he was when he phoned her from Saudi Arabia and told her of his location.

The son remains in detention without charge, the report said.

'They all spoke with Saudi dialects'

Bassem, a Yemeni journalist, said he was held at the informal detention centre at al-Ghaydah airport for two months in 2019. He said his Yemeni captors, with the blessings of Saudi officers, tortured him with electric shocks and threatened to send him to the kingdom.

"The Saudi and Yemeni security men forced me to sign a pledge to not do journalist work in al-Mahrah and not to communicate with 'Iran-allied' Shia Hezbollah, Qatar, or Oman," Bassem said.

"I realised I was in a prison run by the Saudi army in al-Ghaydah airport and I heard a man scream in pain under torture in the next room," he added.

"After a few days, they moved me to another prison in an unknown military base. In this prison, no jailer was Yemeni. No one. Zero. They all spoke with Saudi dialects."

Al-Mahrah, Yemen's second-largest province, has seen little fighting during the course of Yemen's five-year war, but sits on the Indian Ocean and provides several strategic, commercial and military advantages.

The coastal strip of Al-Mahrah is the destination for the planned extension of a Saudi oil pipeline from Al-Kharkhir on the Saudi-Yemen border, according to sources, a route that shortens the export route for oil supplied to Asian markets.

According to several analysts, securing al-Mahrah is a necessary geopolitical step for Gulf Arab states to counter Iranian influence in the region.

Afrah Nasser, a Yemen researcher for Human Rights Watch, said the report's findings only add to the list of alleged war crimes perpetrated by Saudi Arabia and the coalition inside Yemen.

"This report represents the growing pattern of lawlessness and how the fragmentation of the Yemeni state is contributing to the suffering of young Yemenis in al-Mahrah," Nasser told Middle East Eye.

"We demand the Saudi authorities bring back these Yemenis and try them in Yemen instead of arbitrarily taking them to Saudi Arabia."

MEE reached out to Saudi authorities for comment but had not received a response by the time of publication.