The US embassy in Riyadh has gotten in touch with Carly Morris, months after "going cold" on her

A view of the American embassy in the Saudi capital, Riyadh, taken in January 2002 (AFP)
By
Zainab Iqbal

The US embassy in Riyadh, Saudi Arabia, has reached out to the American mother trapped in the kingdom with her daughter, letting her know they were exploring options to get them out of the country.

The email from the embassy came one day after Middle East Eye published a piece on Carly Morris and her daughter Tala falling foul of Saudi Arabia’s guardianship system. 'Please help me': US mother and daughter trapped in Saudi Arabia after husband refuses to let them leave
Read More »

“Thank you for your email,” the American Citizens Services team at the US embassy responded to Morris’ email, in which she had asked for help earlier this month.

“We are truly sorry to learn of these ongoing circumstances and wish to speak with you. We are trying to reach you at [phone number] but are unable to get through.”

Morris called them right away and since last week, they have spoken a couple of times.

“The US embassy has suddenly woken up after going cold on me four months ago,” Morris told MEE. “I made it very clear to the lady at the embassy that we need to be repatriated back to America. And she said she was exploring options on how we can get my daughter’s exit.”

According to Morris, the embassy reportedly told her they will work on getting the original documents for her daughter. Three years ago, when they first arrived in Saudi Arabia, Morris’ ex-husband took both of their travel documents. In 2021, Morris fought to get hers back. But her ex still has Tala’s documents with him.

“I have nothing to prove her identity at all,” Morris said. “I have nothing for her, her US passport, US birth certificate, and immunisation records from the US are all in his possession. He will not even provide me with a copy of her Saudi ID. I have no document to prove my daughter's identity or relation to me.”

When MEE asked if Morris could take her daughter to the US embassy in Riyadh, she said she would if she had the means.

"We have no means of transportation. Riyadh is about three and a half hours away," she said. "We don't have a way to go anywhere. Not even local."

'We need to return to America immediately'

Morris and her nine-year-old daughter, Tala, have been in Saudi Arabia since 2019 when her ex-husband persuaded them to travel with him there so Tala could meet his family.

Upon their arrival, her ex-husband took their documents and two years later allegedly picked Tala up in the early morning, not returning her until police retrieved her three months later.

Since then, Morris has said that she has been reaching out to every agency she could find. While Morris can technically leave the country now, as she retrieved her documentation, her daughter cannot because of Saudi Arabia’s male guardianship system.

In Saudi Arabia, there is a legal male guardianship system set in place. When a woman is born, her father is her legal guardian until she is married, and then her husband becomes her legal guardian. Women need approval from their "guardians" to apply for passports, travel and work at a paying job, though legally some reforms have been made since 2019.

Right now, Tala's father isn't giving her permission to attend school. And Morris is desperate to get them both out.

"We are at this point needing to be returned to America immediately," Morris said. "I cannot see my daughter suffer any longer from social isolation and not being able to attend school."

MEE reached out to the State Department, the US embassy in Riyadh and the White House for comment, but did not receive any by the time of publication. 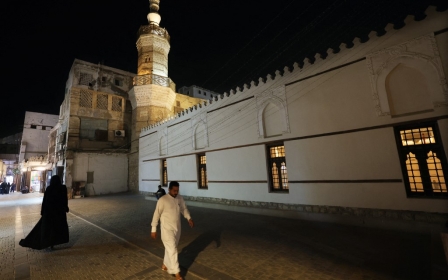 Inside Saudi
'Please help me': US mother and daughter trapped in Saudi Arabia after husband refuses to let them leave 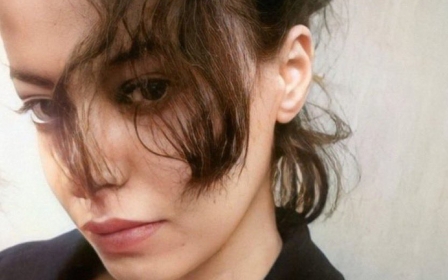