Online videos show a raging fire at an oil depot in the Saudi city of Jeddah, ahead of the Saudi Grand Prix 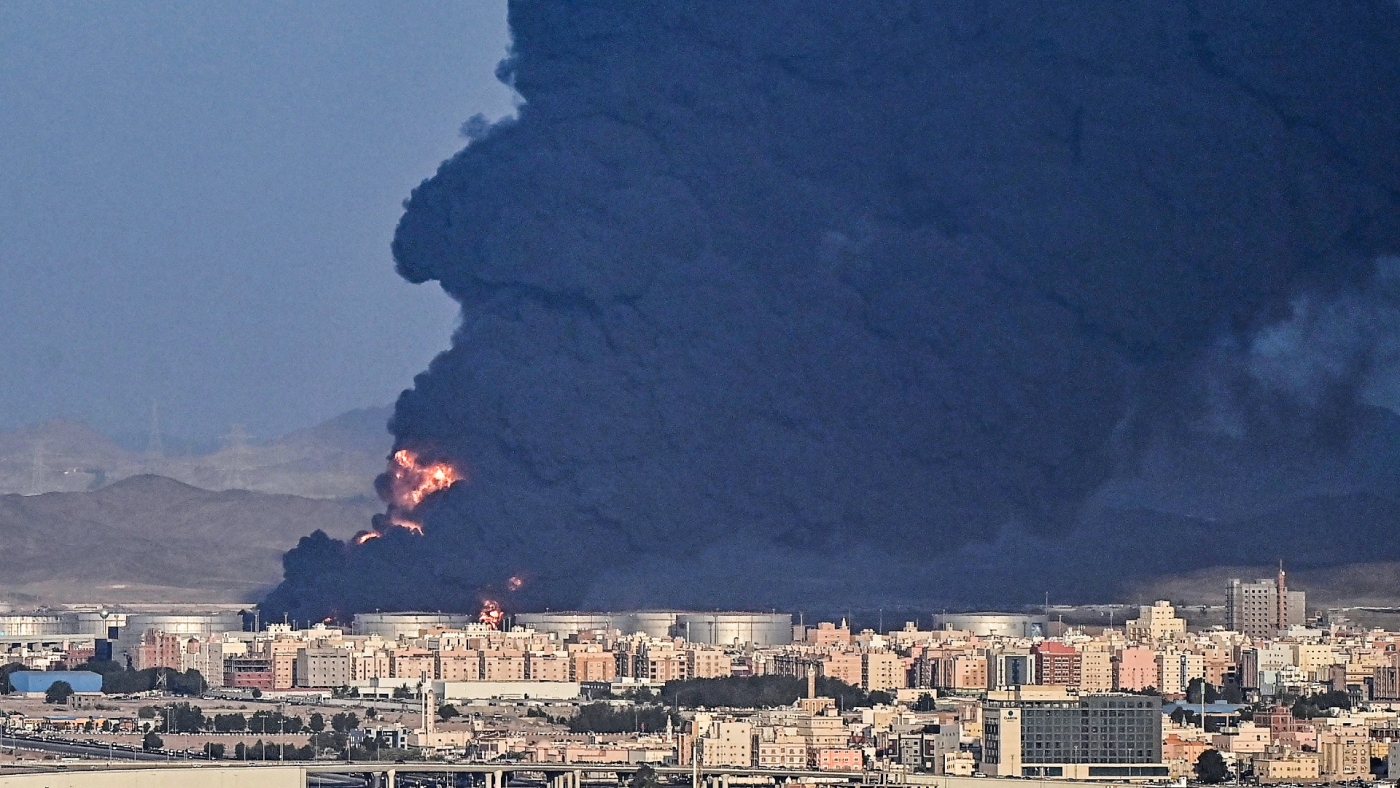 Yemen's Houthi rebels struck an oil depot in the Saudi city of Jeddah on Friday in a missile attack that caused a large fire and left clouds of black smoke hanging over the port city.

The Yemeni group acknowledged they had launched a series of attacks on the kingdom ahead of the F1 Grand Prix race scheduled to take place there.

Saudi Arabia and the state-run oil giant Saudi Aramco did not immediately acknowledge the blaze, though it appeared to be on the same fuel depot that the Houthis attacked in recent days.

"The military operation will continue until its objectives are achieved," the coalition said in a statement quoted by SPA.

The fire seems to be centred on the same North Jeddah Bulk Plant, the Associated Press news agency reported.

The North Jeddah Bulk Plant stores diesel, gasoline, and jet fuel for use in Jeddah, the kingdom's second-largest city. It accounts for over a quarter of all of Saudi Arabia's supplies and is crucial to running a regional desalination plant.

The attack comes as Saudi Arabia continues to lead a coalition fighting the Houthis, who seized the Yemeni capital Sanaa in 2014, sparking a civil war that forced President Abd-Rabbu Mansour Hadi to seek refuge in the southern port city of Aden and then later Riyadh.

The kingdom and its allies intervened in March 2015 and have since carried out more than 22,000 airstrikes in an effort to roll back the rebels, with one-third striking non-military sites - including schools, factories, and hospitals, according to the Yemen Data Project.

Riyadh has been repeatedly criticised by US lawmakers for launching airstrikes that have killed civilians - something the Houthis point to as they launch drones, missiles, and mortars into their northern neighbour.

The US transferred a large number of Patriot missiles to the kingdom in March, according to the Wall Street Journal, despite President Joe Biden saying in February 2021 that the US would end its support for offensive operations by the Saudi-led coalition in Yemen. The Houthi-run al-Masirah TV channel said more details would be released later about their attacks. The Iran-aligned group did not immediately claim they were behind Friday's fire in Jeddah.

The second-ever Saudi Arabian Grand Prix in Jeddah is taking place on Sunday, though concerns had been raised by some over the recent attacks targeting the kingdom.

A large black smoke cloud could be seen from the F1 track and during practice, and 2021 Formula One World Champion Max Verstappen could be heard saying, "is my car on fire?" due to fumes from the blaze, Sky Sports reported.

The F1 said in a statement: "the position at the moment is that we are waiting for further information from the authorities on what has happened". The F1 did not elaborate.

An estimated four million have been displaced, and 80 percent of the country's 29 million people are dependent on aid for survival.

The UN has declared it the "world's worst humanitarian crisis", as heavy artillery and airstrikes have hampered access to health care and increased pressure on the few facilities that are still functioning. 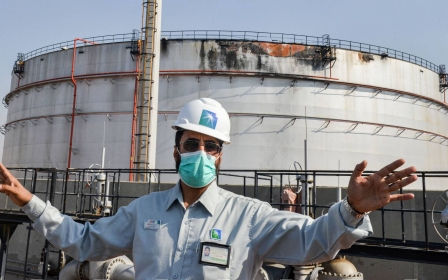