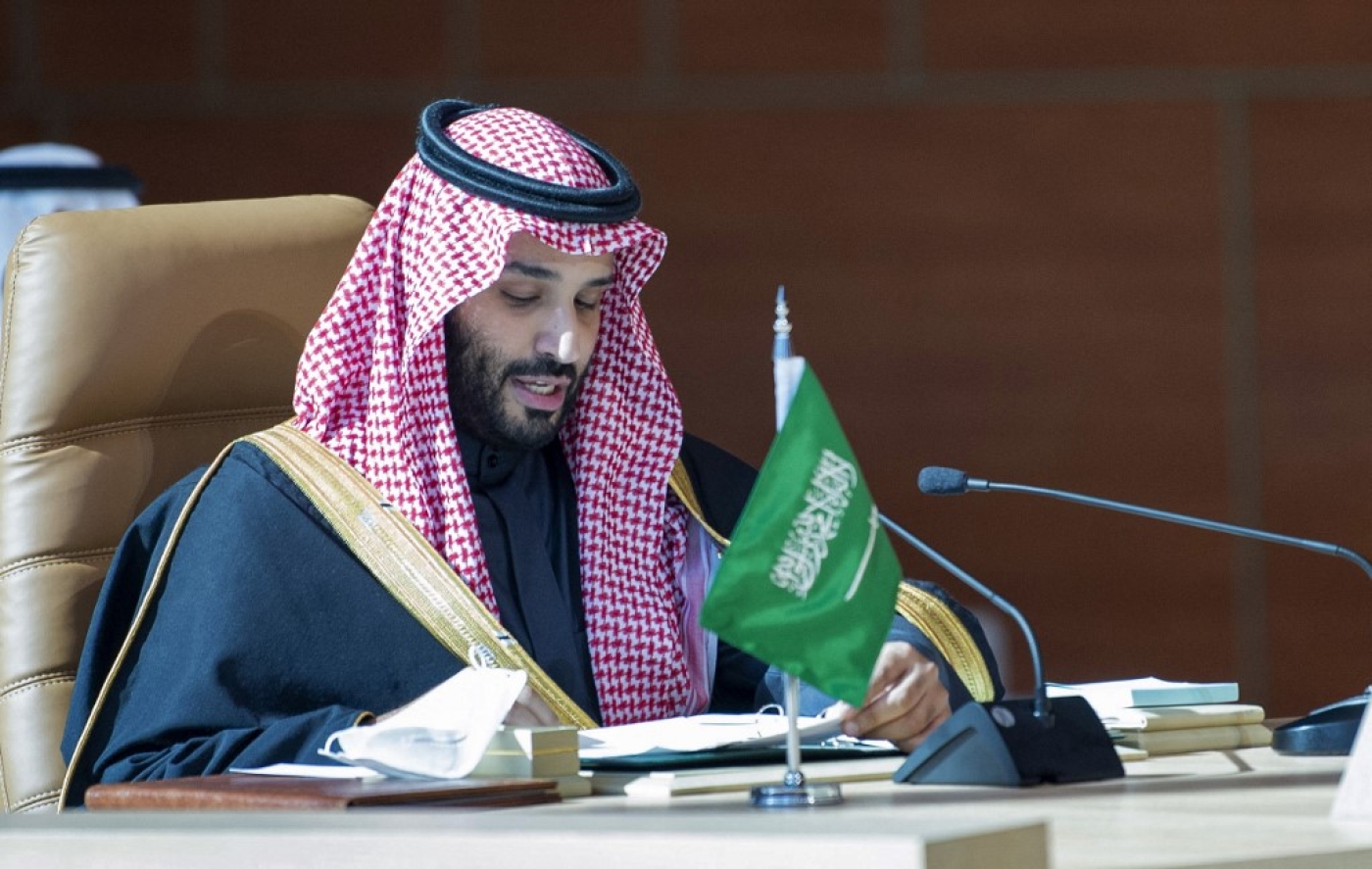 The Saudi Crown Prince has promoted himself as a reformist, but the rhetoric found on his government's platforms and by his appointed clerics has been contrary to that, a report reveals (AFP/file photo)
By
MEE staff

In a February briefing seen by Middle East Eye, the Institute for Gulf Affairs (IGA) said its investigations into inciteful sermons and textbooks have prompted the Saudi government to take steps to delete the content from the internet.

The IGA think tank has argued in its previous reports that terror attacks committed by Saudi nationals are rooted in “institutionalised incitement and indoctrination” by the ministries of education, justice and defence, posing an extremist threat to Western and US interests.

The content, according to IGA, included anti-Western statements in Saudi military institutions, hateful radio sermons by senior Saudi officials, and education ministry-issued textbooks with lessons preaching discrimination against non-Muslims and Muslims who oppose the kingdom’s policies.

“While much more remains to be accomplished for Saudi leaders to lift the country out of ingrained hateful and backward attitudes toward non-Sunni Muslims, Jews, Christians and other minority groups, these latest positive steps reaffirm the effectiveness of shining light on specific problems and pushing for accountability and reform,” the IGA said in its latest impact report.

At the time of publication, the Saudi defence ministry's website was still down.

One of the platforms taken down by the Saudi government following the revelations was a magazine titled "The Muslim Soldier" - a publication of the defence ministry, which is led by Saudi Crown Prince Mohamed bin Salman.

The think tank had published a report following a December 2019 attack by a Saudi air force officer against the US Naval Air Station in Pensacola, Florida, highlighting that the magazine’s rhetoric was xenophobic and anti-Western.

Alshamrani, who had been receiving aviation training at the Pensacola base, was killed in a harrowing shootout with deputy sheriffs.

In May last year, the FBI revealed that he had been an associate of al-Qaeda in the Arabian Peninsula (AQAP) since 2015, prior to his arrival in the US. During the attack at the base - which also left eight people injured and prompted the expulsion of 21 Saudi military students from a training programme - Alshamrani made statements critical of US military actions overseas and fired shots at a picture of President Donald Trump, according to the Wall Street Journal.

The US military relationship with Saudi Arabia has come under heightened scrutiny in the US Congress over the war in Yemen and Saudi Arabia's killing of Washington Post and Middle East Eye columnist Jamal Khashoggi in 2018.

Trump has expressed doubts about a CIA assessment that Mohammed bin Salman almost certainly ordered the killing of Khashoggi, a US resident and a critic of the crown prince, and argued that Washington must not risk its alliance with Riyadh, which is the cornerstone of US security policy in the Gulf and regarded as a regional counterweight to Iran.

The Democratic administration of Joe Biden, however, has pledged to "reassess" US-Saudi relations and is expected to behave in a less friendly attitude towards Riyadh.

Following his inauguration in January, Biden issued a temporary freeze on pending arms sales to Saudi Arabia and its close ally the United Arab Emirates.

Last week, the US president also announced the end of his country's support for a Saudi-led coalition that is waging war in Yemen, in a major policy reversal from the previous administration that may alter the course of the conflict.

The IGA also revealed that the Saudi government has removed online sermons of its former minister of justice Mohammed al-Issa, who is now serving as the chairman of the Muslim World League - the kingdom’s international religious outreach organisation. In six of his online sermons, Al-Issa had expressed antisemitic sentiments, “accusing Jews of being eternally evil”, according to IGA.

Midad, a non-governmental website that previously broadcast the sermons, removed them within hours of the revelations, the think tank said.

Although al-Issa has yet to apologise for the statements or retract them, he has been leading Saudi delegations to meet western Jewish leaders in his capacity as the head of the league.

The senior Saudi official was even praised earlier last year by Israeli Prime Minister Benjamin Netanyahu for leading a delegation to visit Auschwitz, marking 75 years since the Nazi death camp was liberated.

The removal of the hateful content points to the effect of both lobbying efforts and diplomatic pressure on the Saudi government, even during the supportive Trump administration, the organisation added.