Princess Basmah is in 'serious need of medical attention', source close to the family tells Middle East Eye, as calls grow for US and Europe to press for her release 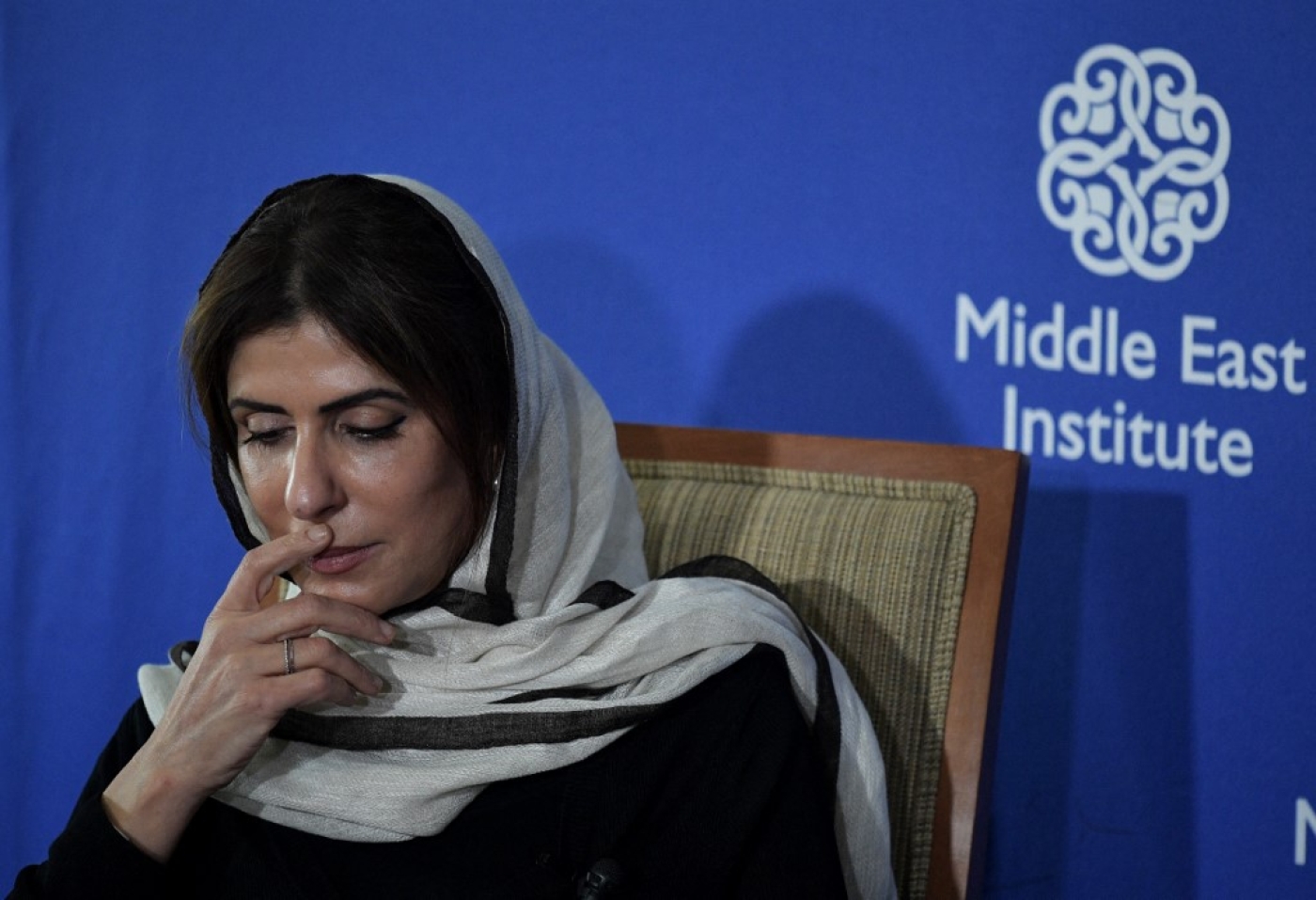 The princess is the youngest child of former King Saud bin Abdulaziz al-Saud, the second monarch of Saudi Arabia (AFP)
By
Umar A Farooq
in
Washington

Fears are growing over the health and wellbeing of detained Saudi Princess Basmah bint Saud, who is reported to have been held incommunicado since early last year and was previously denied access to medical treatment, a source close to the family told Middle East Eye.

The source said that communication between family members and Princess Basmah, a businesswoman and a granddaughter of the country's founding king, Abdulaziz Ibn Saud, was cut off in May 2020 after the 57-year-old implored King Salman and the powerful Crown Prince Mohammed bin Salman (MBS) to release her from a notorious prison in a series of tweets.

The specifics of Princess Basmah's illness remain unclear but the person close to the family said she had an operation before her detention.

Henri Estramant, a friend and legal adviser of the family, said Princess Basmah was denied access to both medical attention and medication when she was first detained in April 2019.

"She had been treated in Switzerland for, I believe five years or more, for a heart condition. She's not been given the medical treatment that she requires in prison," Estramant told MEE.

Basmah was reported to have been taken from her home in Jeddah, Saudi Arabia, in March 2019 and imprisoned along with her daughter, Souhoud al-Sharif.

According to Estramant, there have been no charges levied against either the mother or daughter.

'Going round in circles'

Basmah built a reputation as an outspoken member of the Saudi royal family, having in the past called for the country to adopt a constitutional monarchy. She has also criticised the religious police and spoken out on women's and human rights issues, including the Saudi-led coalition's war on Yemen.

News of her detention emerged just weeks after a number of Saudi princes were arrested as part of a mass purge by MBS. Those arrests included the family's highest-ranking dissident Prince Ahmed bin Abdulaziz and former Crown Prince Mohammed bin Nayef.

The purge by the crown prince was followed by a crackdown that targeted prominent clerics, public intellectuals, academics, and human rights activists. Last year, the Saudi princess spoke out for the first time since going missing and pleaded with MBS to release her during the Muslim holy month of Ramadan.

She had explained in a series of tweets that she was being held arbitrarily at al-Hair prison in Riyadh and that her health was deteriorating.

While it is unclear what the charges against her are, Estramant said he believed her detention was linked to her calls for reform in the kingdom, a claim rejected by Riyadh.

The lack of a clear understanding over her charges, as well as a lack of contact, has made it difficult to advocate for her and her daughter's release, the source close to the family said.

"We've been going round in circles and circles for the past two years," they said.

"It hasn't been easy at all. We've been trying to work day by day, seeing how we could manage to set them free."

Pressure on US to intervene

Two years after the detention of Basmah began, the family is calling on the Biden administration to advocate and pressure Riyadh into releasing her.

Estramant said that he has been in contact with the administration and has been advocating for them to intervene. "The only thing that we are asking the Biden administration is to say to their Saudi partners, 'We know about these people, you are holding them in prison completely disproportionately, you are not charging them. Can you let them go?'"

"And that's very simple for the Biden administration for Secretary Blinken to do. They have the leverage because the crown prince knows that this administration is completely different to the last one and that he doesn't have their unconditional support."

Estramant said the problem is that the administration is "not very active. They're not doing a lot in the Middle East".

Since Joe Biden was elected into office, a number of Saudi women's activists were released from imprisonment, including two that were released earlier this week.

The family is hoping this momentum in releases could be extended to Princess Basmah, with some pressure from Washington.

A State Department spokesperson told MEE that the Biden administration was "aware of the case and included it in the most recent human rights report" that was published in March.

"Human rights are central to this administration's foreign policy and the Biden Administration is emphasizing respect for human rights in our bilateral relationships, including with our Saudi partners," the spokesperson said, without answering whether it would call for Princess Basmah's release.

Estramant, alongside European Member of Parliament Eva Kaili, also sent a letter to European Council President Charles Michel, calling on him to take up the case of Basmah and her daughter's imprisonment.

"The case of Princess Basmah and her daughter are quite simple as there have been no charges brought against them in spite of the porous accusations," the letter read.

"We ask you to request for her to be released, and allow contact with her immediate family, and friends in Saudi and abroad. She has not received legal advice since her detention in 2019."

Kaili, who is a member of the European Delegation for relations with the Arab peninsula, told MEE that a joint call from the US and Europe for the release of Basmah "would strengthen our message to Saudi Arabia".

"If we have this chance at landing collaboration with this administration, showing that we raise the same awareness, we hope that we will have progress," Kaili said.