A jailed liberal blogger in Saudi Arabia was publicly flogged in Jeddah on Friday, according to human rights organisations.

Has been confirmed to Amnesty that flogging of Raif Badawi in #Saudi for "insulting Islam" was carried out this a.m. pic.twitter.com/gd8wbMlSjS

Raif Badawireceived 50 lashes in front of the al-Jafali mosque, while the remainder of his 1,000 lashes will be implemented over 20 weeks, according to his wife Ensaf Haidar.

Haidar was notified of the decision to publicly flog her husband by court order, which she said instructed that Badawi be “lashed severely”.

When contacted by MEE Haider - who fled Saudi Arabia and is now resident in Canada with her three children - said she was unable to provide further comment because she was “crying and very sick” after finding out the news.

In May 2014, Badawi was sentenced to serve 10 years in prison, receive 1,000 lashes, and also fined $266,000 on charges of insulting Islam and violating Saudi's IT laws by setting up a liberal website. Prior to his arrest, the blogger had announced a “day of liberalism” and called for the end of religious influence on public life in Saudi Arabia.

Little dissent is tolerated in the ultra-conservative Kingdom of Saudi Arabia. Authorities have not publicly confirmed the number of political prisoners in the country, but activists have estimated there to be thousands in jail.

The government refused to commented on report that Badawi will be flogged Friday.

The US, however, publically called for Saudi Arabia to reconsider the sentence against Badawi.

“The United States government calls on Saudi authorities to cancel this brutal punishment and to review Badawi’s case and sentence," US State Department spokesperson Jen Psaki said in a statement on Thursday. "The United States strongly opposes laws, including apostasy laws, that restrict the exercise of these freedoms, and urges all countries to uphold these rights in practice."

Human rights groups have also criticised his conviction and called for the sentence to be reversed.

“The Saudi Arabian authorities must immediately halt all plans to carry out this brutal sentence,” said Philip Luther, Middle East and North Africa Director for Amnesty International. “Flogging and other forms of corporal punishment are prohibited under international law, which prohibits torture and other cruel, inhuman or degrading treatment or punishment.”

“It is horrifying to think that such a vicious and cruel punishment should be imposed on someone who is guilty of nothing more than daring to create a public forum for discussion and peacefully exercising the right to freedom of expression.”

Commentators on social media expressed their outrage at the sentencing, with some accusing Western observers of double-standards in reference to the outrage over the Charlie Hebdo killings and using a #JeSuisRaif hashtag.

#jesuisRaif MT: @AmnestyNI: flogging of Raif Badawi in #Saudi for "insulting Islam" was carried out this a.m. pic.twitter.com/3XJ2qV4PPb” 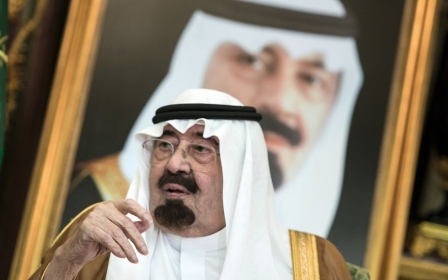