Saudi Arabia will not execute prisoners arrested as children: Source Saudi Arabia will not execute detainees arrested as children but will likely behead a prominent Shia cleric and a raft of Al-Qaeda-linked prisoners, a local source told Middle East Eye on Tuesday.

Fears were raised on Monday night that a group of prisoners were to be imminently executed, when famed Saudi leaker @Mujtahidd said on Twitter that 55 people would be beheaded on Tuesday.

Translation: It is expected that the execution of the 55 will take place tomorrow on Tuesday unless there was a postponement of some kind. The executions are supposed to take place on the same day in different cities, God knows.

However, a Qatif-based source told Middle East Eye on condition of anonymity that no executions are due to take place today.

They said that through their work with diplomats and human rights organisations the Saudi government is now unlikely to execute a number of juvenile prisoners.

“I think Ali al-Nimr and the other two boys will not be executed,” the source said. “But for Sheikh Nimr, the four other Shia prisoners, and the Salafi detainees – unfortunately I think they will do it (execute them).”

Nimr is one of three Saudi prisoners facing execution who were all under the age of 18 when they were arrested for taking part in anti-government protests. Nimr, Abdullah al-Zaher and Dawoud al-Marhood all say there were tortured into confessing and subjected to unfair trials.

Fears over their imminent executions were raised last week when local Saudi newspaper Okaz reported that 55 people convicted of “terrorist crimes” were due to be executed soon.

Shia cleric Sheikh Nimr al-Nimr, Ali’s uncle, is one of those slated to be beheaded for his role in leading the 2011 uprising in Saudi Arabia’s Eastern Province, when the marginalised Shia community took to the streets demanding more rights and opportunities.

Nimr’s brother Jaffar told AFP on Monday that the cleric is “ready for anything, even for death”, after visiting him at al-Hair prison near the capital Riyadh.

In the Eastern Province on Monday night a near nightly protest took place against the planned executions, with around 100 people holding placards calling for Sheikh Nimr to be released.

Saudi authorities have not commented on speculation surrounding the executions. They dismiss allegations of human rights abuses in the Eastern Province and say that security forces have been faced with armed gangs trying to overthrow the government.

Among the other 55 prisoners facing execution is a raft of Al-Qaeda linked militants.

On Tuesday Yemen’s Al-Qaeda branch issued a statement pledging to seek vengeance if Saudi authorities execute members of their group.

“We swear to God, our blood will be shed before the blood of our captives, and their pure blood will not dry before we shed the blood of the soldiers of Al Saud,” Al-Qaeda in the Arabian Peninsula said in a statement.

“We will not enjoy life unless we get the necks of the Al-Saud rulers.”

Saudi Arabia has executed at least 151 people this year, close to double the total 87 executions carried out in 2014. The last time Riyadh mass executed prisoners was in 1979 when militants seized control of the Grand Mosque in Mecca.

Middle East Eye’s Qatif-based source argued that Saudi authorities may be ready to carry out a mass execution now in a strategic move to prompt popular unrest in the country.

“The government is looking for an excuse to say to the West ‘we are fighting terrorism and need your help to maintain stability’.” 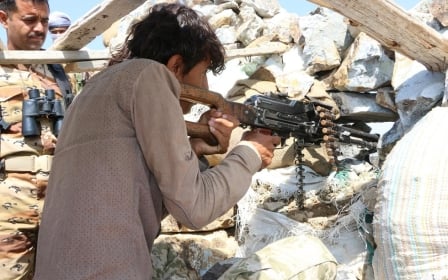 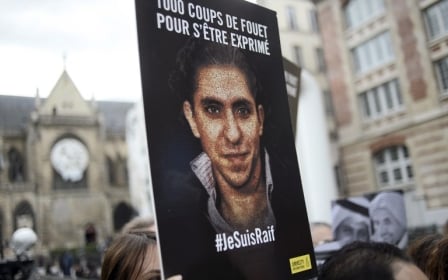