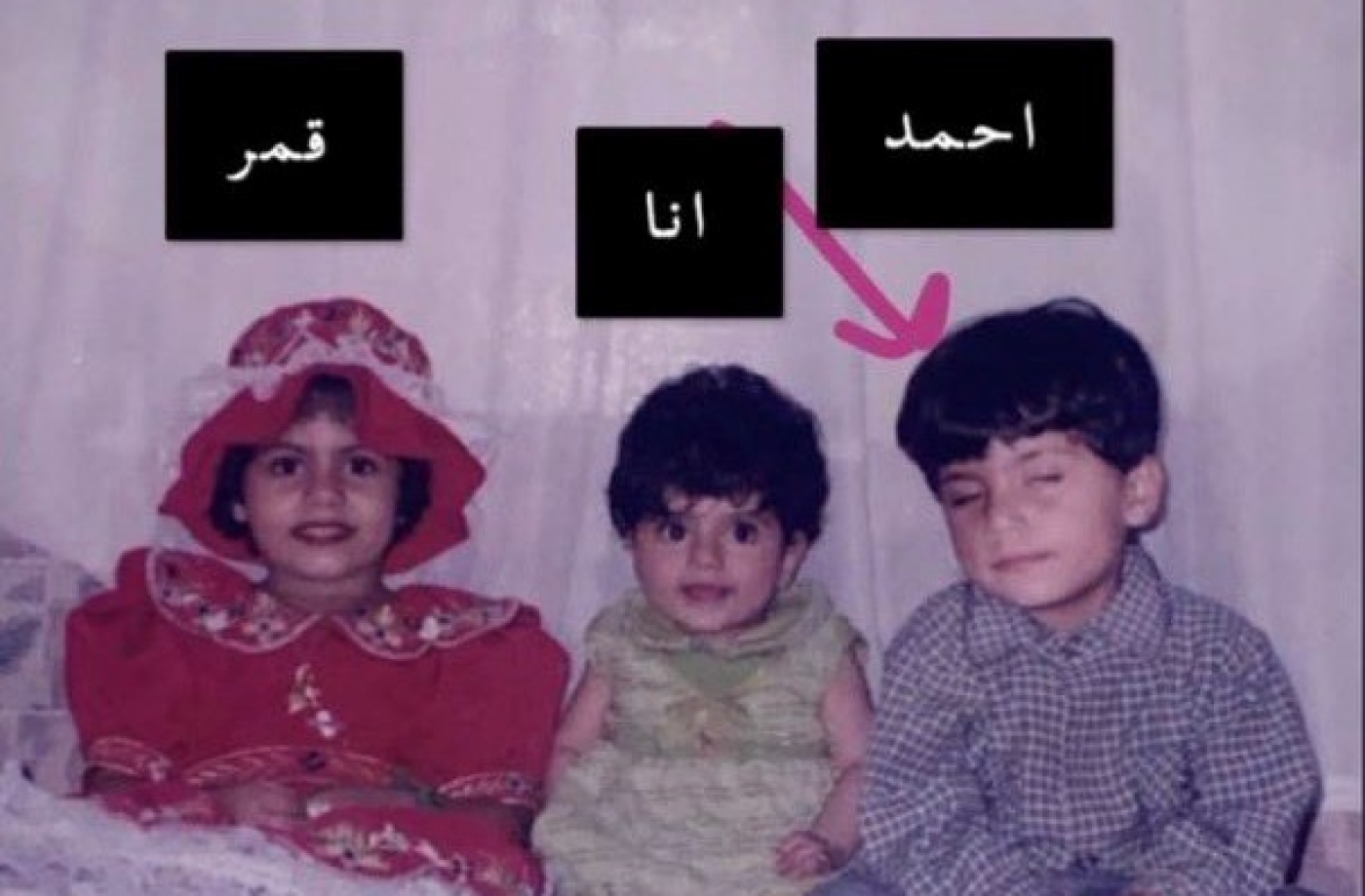 Manal (centre) posted a childhood photo on social media of her deceased sister Qamar (left), and her brother Ahmed (right), who she accused of murder (Screenshot/Twitter)
By
Rayhan Uddin

The disappearance and death of a Saudi woman, allegedly at the hands of two of her brothers, has sparked an outcry online about the safety of women in the kingdom.

Over the past week, Saudi social media has been awash with concern over a woman who was identified as "Qamar", after a Twitter account attributed to her sister "Manal" published details about her disappearance and subsequent death.

In now deleted tweets, Manal alleged that two of her brothers, Ahmed and Nasser, set about to kill her sister after she had set up a public account on the social media network Snapchat.

Days later, she posted a photo of a blood-stained handmark, believed to be her sister's, and published a video of her mother screaming after Qamar’s body was found in the desert near the city of Riyadh.

On Sunday, authorities in Al-Kharj, southeast of the capital, confirmed that they had arrested two people in connection with the incident.

“The security services of the Al-Kharj governorate police have received a report on 19 January from a citizen about the disappearance of a young woman (age 26),” it said in a statement.

“The results of the preliminary investigation procedures show that her body was found in a desert, 10km from the governorate. Two citizens in their 30s have been arrested on suspicion of their involvement in the incident that caused her disappearance and death”.

In a video shared on social media widely attributed to Qamar’s mother, a woman is seen appealing to Saudi Crown Prince Mohammed bin Salman about the fate of her daughter.

The incident sparked several hashtags on Twitter, including #SaveManalQamarsSister, with many users alleging that Manal was now in danger from authorities after publicly sharing details about the case.

On Tuesday, Manal tweeted: “Good morning, I am fine and I left the case for the law.” Several social media users noted a change in tone from previous days, prompting fears that she was being silenced or coerced.

#SaveManalQamarsSister
Heartbreaking details of Saudi woman got killed & her sister can’t get justice coz the law is corrupt & trying to silence her. She’s now in danger.
This case is not the 1st nor last. How is #womenempowerment while all #MBS care about is to silence women👇 https://t.co/Mo84NeHJ7k

“I am angry and tired of reading such news happening every day in Saudi Arabia,” said Lina al-Hathloul, the sister of jailed women's rights activist Loujain al-Hathloul.

“MBS, women empowerment starts with protecting them from their own families first.”

Loujain al-Hathloul was arrested in May 2018 with several other women activists just weeks before a historic lifting of a decades-long ban on female drivers in Saudi - a right she had long campaigned for.

She was sentenced to five years and eight months in prison last month, in a case that has drawn international criticism from rights groups and governments. Saudi Human Rights
Loujain al-Hathloul, the Saudi activist who has put women's rights on the map