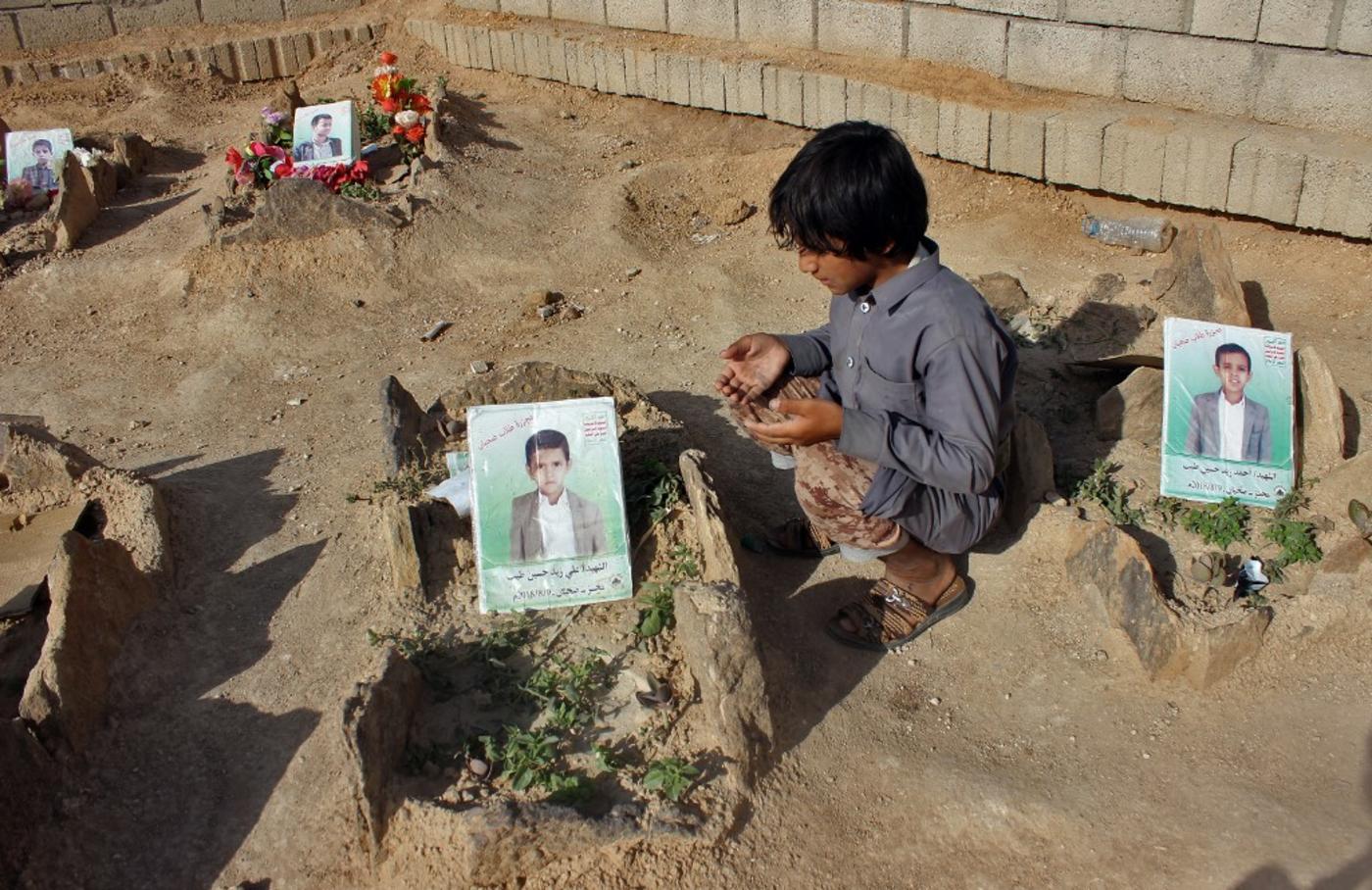 Tens of thousands of people, including thousands of civilians and children, have died in the Yemen conflict (AFP)
By
MEE staff

The UK government can appeal a High Court ruling that its decision to license the sales of arms to Saudi Arabia was unlawful, the Court of Appeal decided on Friday.

The court, however, upheld a ban on future arms sales to the kingdom made as part of the landmark decision last month in the court battle over the legality of Riyadh's war in Yemen.

As a result of the ban, 57 applications for export licenses to sell arms to Saudi Arabia will not be allowed to proceed as the government reviews its practices, according to the Department for International Trade.

Lawyers for the London-based Campaign Against Arms Trade (CAAT) had argued that the sales are in breach of international humanitarian law because of the disproportionate harm the weapons cause to civilians.

In June, the Court of Appeal ruled that the government’s decision to sell arms to the kingdom was "irrational and therefore unlawful". Now, the government will have a chance to appeal that decision.

“Despite the atrocities that have been inflicted in the terrible war on Yemen, this case, and its response, make clear that the government will do anything it can to keep arming and supporting the brutal Saudi regime,” said Andrew Smith, CAAT's media coordinator.

The UK has licensed arms sales worth £4.7bn to Saudi Arabia since the Gulf kingdom intervened in Yemen’s civil war in March 2015.

Saudi Arabia is Britain's biggest weapons purchaser, accounting for 43 percent of Britain's global arms sales in the past decade. BAE Systems, Britain's biggest defence company, generates 14 percent, or around £2.6 bn ($3.3 bn), of its group sales from the kingdom.

The United Nations has described the conflict in Yemen, which has killed tens of thousands of people, as the world's worst humanitarian crisis. It has also put 10 million people at risk of famine and the world's worst cholera epidemic.