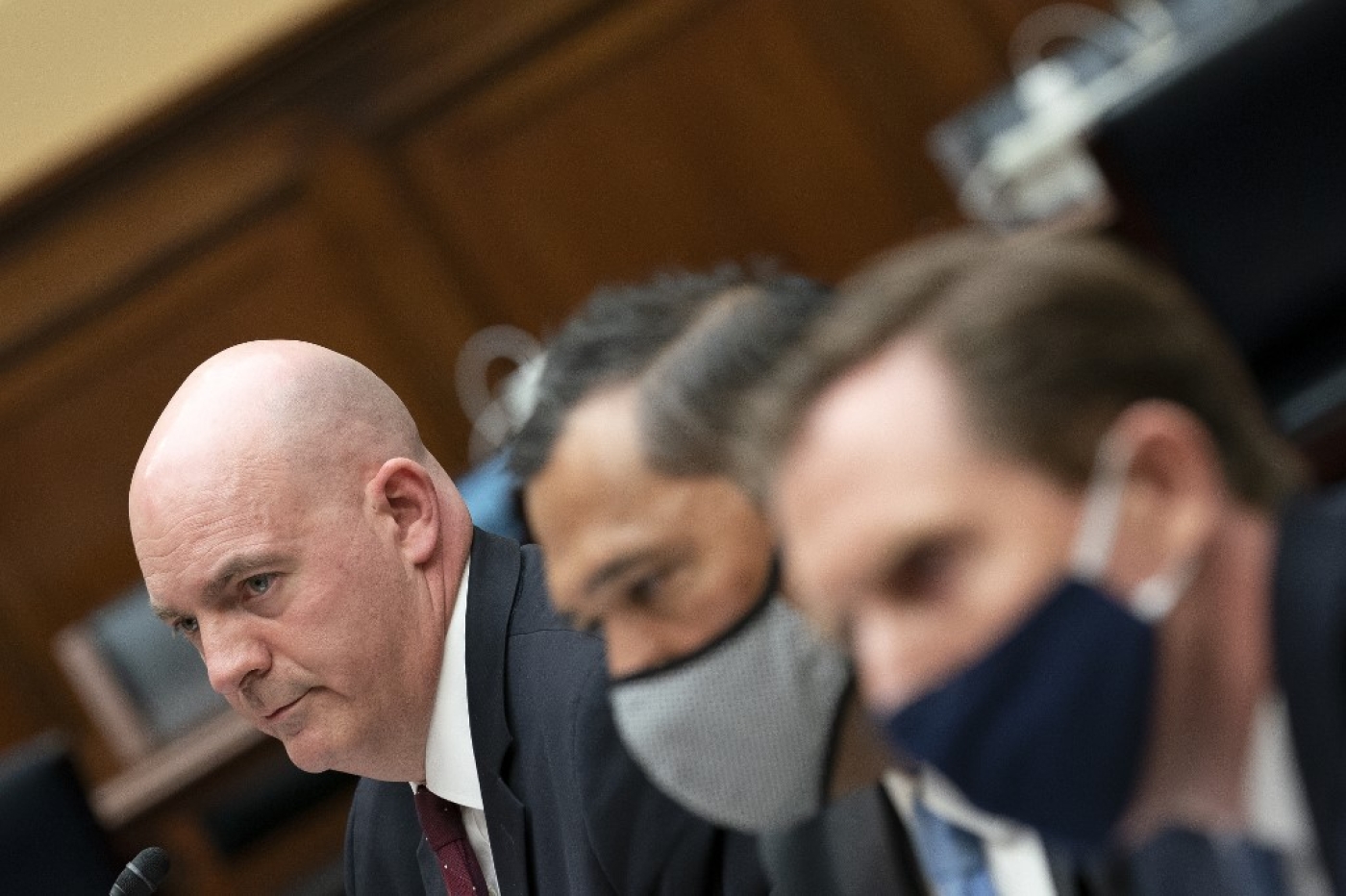 Democrats on the House Foreign Affairs Committee grilled top State Department officials during testimony over last year's $8.1bn arms deal with Saudi Arabia and the firing of the inspector general (IG) who was leading an investigation into the sale.

Representative Eliot Engel, the committee's chairman, slammed the State Department during his opening remarks for what he described as an attempt to actively obstruct lawmakers' probe into the firing of internal watchdog Steve Linick.

It has taken months for State Department officials to appear in front of the Foreign Affairs Committee for testimony on the issue.

President Donald Trump fired Linick in May - he said at the request of Secretary of State Mike Pompeo, the main person of interest in the IG's investigations. "Did Mr Pompeo fire (Linick) because he was getting closer and closer to matters that were embarrassing for Mr Pompeo and his family… matters that implicated the State Department in a scheme to bypass Congress and sell lethal weapons that might be used for war crimes?" Engel asked at the start of the hearing.

The report IG Linick had been working on at the time of his firing was released in August. It found that while Pompeo had acted within his legal authority, the State Department did not fully consider the risk of civilian casualties when it approved the $8.1bn arms sale that had been pushed through under a presidential emergency order.

Lawmakers objected to the emergency order from the start, out of concern that the arms would further exacerbate civilian deaths in Yemen and leave US officials vulnerable to war crimes charges.

In addition to looking into the propriety of the arms sales, Linick was also investigating whether Pompeo had improperly used State Department resources for personal reasons, such as sending a department employee to walk his dog.

Pompeo, along with all three department officials, has denied allegations that Linick's firing was related to his probe, testifying that they were unaware of Linick's investigation prior to his ousting.

"You keep alluding that I knew about some kind of investigation," Bulatao said, objecting to the premise following a question from Representative David Cicilline about whether he advised Pompeo against recommending Linick's ousting given the possibility of a conflict of interest.

'We've got a problem'

During his testimony, senior State Department official Bulatao said the IG had been ousted for poor management and oversight, including failing to file an audit on time and a poor staff satisfaction survey.

"We’ve got a problem, and it starts with leadership," Bulato said.

Previously, Pompeo had said Linick was fired over concerns regarding leaks from the department, including a secretly released draft of the IG report. Linick has denied being involved in any leaks.

Representative Brad Sherman rejected the notion that a late audit was a fireable offence at the State Department, accusing the agency of being "chronically late" to release reports.

"I assure you that was not the reason," he said. "If you look at the Department of Defense and other departments, the State Department being a few weeks late with its audit report is tiny compared to other agencies and their late or non-existent audit reports."

Regarding staff satisfaction, Sherman accused the department as a whole of having low employee morale under Pompeo's leadership: "All of us in this room know what morale is like at his State Department. If low morale is reason for someone to be fired, look up, not down."

"If you had any integrity, you'd also be calling for the resignation of Secretary Pompeo," Sherman told Bulatao.

During his testimony in June, Linick said he had not been given a reason for his firing. At the time, Linick said Bulatao had tried to "bully" him into dropping the probe into the emergency arms sales.

On Wednesday, Bulatao denied putting any pressure on Linick, doubling down on the claim that he had no prior knowledge of the probe before it was announced publicly.

"If asking questions is bullying, then - there’s no bullying going on," he said.

While Democrats pounded the State Department panel with questions, little new information was gained from the testimony.

Meanwhile, Republican lawmakers were eager to "put this matter behind us", Representative Michael McCaul said.

Representative Scott Perry said that the reasons Bulatao provided to the committee for Linick's firing were "substantial and numerous", and called Democrats’ defence of the former IG "contrary to our duty to maintain the public’s trust".

On Tuesday, Engel released a series of State Department memos that he said proved the department had tried to "hide the truth" from Congress regarding last year's emergency arms sales.

In one memo, R Clarke Cooper, head of the department's Political-Military Affairs, suggested that the Office of the Inspector General (OIG) "consider removing" from its August report an annex on civilian casualties in order to "resolve significant factual errors", which "may take time".

Doing so would "allow that report to be finalised, briefed to Congress, and released to the public," Cooper said.

"The records we received today show just how hard the State Department wanted to hide the truth about last year's phony emergency declaration," Engel said in a statement regarding the memos.

"The picture is starting to come into focus: A top priority at Mike Pompeo's State Department was to go around Congress to sell weapons, and his senior aides worked hard after the fact to obscure their indifference to civilian casualties."

Arab Spring
Democracy triumphs in America. Now the US must support it in the Arab world
David Hearst
US Politics
NYC mayoral candidate blasted for comparing BDS to 'fascist boycotts'
US Politics
Confronting white supremacy: How domestic terror laws harm people of colour