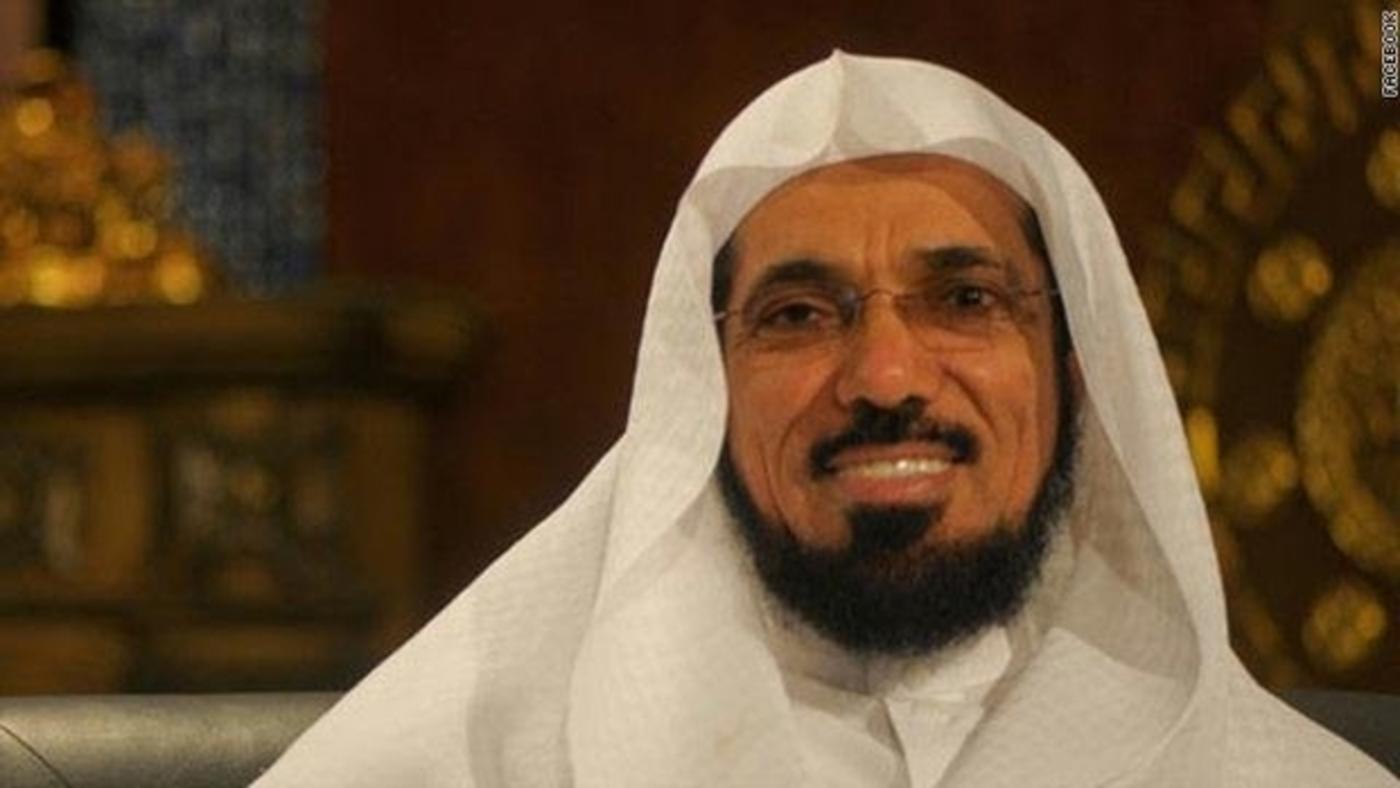 The son of a prominent Saudi scholar who is facing the death penalty in Saudi Arabia has called for international pressure to prevent his father's execution, which he said would amount to "state-sanctioned murder".

In a piece for The Guardian published this week, Abdullah Alaoudh said his father, Salman al-Odah, is one of several people detained by the Saudi authorities on "trumped-up charges".

"If they execute my father it will be state-sanctioned murder and they cannot be allowed to get away with it," Alaoudh wrote in the British newspaper.

He was arrested in September 2017 shortly after tweeting a prayer for reconciliation between Saudi Arabia and its former regional ally, Qatar.

Odah, who is accused of terrorism-related offences, was scheduled to go before a Saudi court at the end of July, but his hearing has been postponed until November, Alaoudh said.

His family has repeatedly denied the accusations against him.

MEE previously reported that the Saudi authorities had planned to execute Odah, along with two other prominent scholars, after the Islamic holy month of Ramadan, which ended in early June.

He said his father has been held and remains in solitary confinement, where "he has been mistreated, handcuffed, blindfolded and chained inside his cell, and deprived of sleep and medications".

"Everything about his case has been completely illegal and unjust. Sadly, my father is by no means the only individual who faces the death penalty on trumped-up charges, nor is he the only prisoner to have been treated so badly," Alaoudh wrote.

He wrote that his uncle was arrested for tweeting about the case and 17 members of his family have been barred from travelling.

Alaoudh also said that his own passport has been frozen and he was told by the Saudi authorities that he needed to return to the country from the United States, where he is currently based, to renew it.

Over the past year, a handful of Saudi dissidents have come forward to say that Saudi officials urged them to return to Saudi Arabia or visit one of the country's diplomatic posts abroad in order to renew their passports or get other paperwork. Journalist Jamal Khashoggi, who was killed by Saudi state agents inside the country's Istanbul consulate in October, had gone to the building where he was murdered to retrieve paperwork for his upcoming marriage.

Alaoudh made reference to Khashoggi's case in his piece this week, saying the Saudi authorities have used different ways to try to silence their perceived critics.

"The Saudi authorities have, of course, resorted to lethal methods beyond the judicial system too - most notably in the gruesome killing of my friend Jamal Khashoggi. However, the court-sanctioned route remains the most popular. What has been done to Khashoggi extrajudicially is possibly what my father faces judicially."

He also criticised Saudi Crown Prince Mohammed bin Salman - who has been accused of ordering Khashoggi's murder - for a recent uptick in executions in the Gulf kingdom.

"This excess is part of a concerted effort by the Saudi authorities to quash dissent and silence political activists and human rights defenders," Alaoudh wrote.

While Saudi officials have denied bin Salman's involvement in Khashoggi's murder and accused outside observers of seeking to meddle in the country's internal affairs, the Gulf kingdom's human rights record has been widely criticised.

The crown prince has been accused of rounding up rights activists and perceived dissidents at home, and his decision to launch the devastating war in Yemen has also been questioned.

Earlier this week, the family of detained Saudi women's rights activist Loujain al-Hathloul said the Saudi authorities offered to release her on the condition that she says she was never tortured in prison.

The activist - who has been subjected to electrocutions, beatings and sexual harassment in detention, according to her family - refused the offer, her brother Walid al-Hathloul said.

"They have asked her to sign on a document where she will appear on video to deny the torture and harassment. That was part of a deal to release her," he wrote on Twitter.