Salman voiced 'support for a political settlement which guarantees the territorial integrity of Syria,' after nearly five years of war 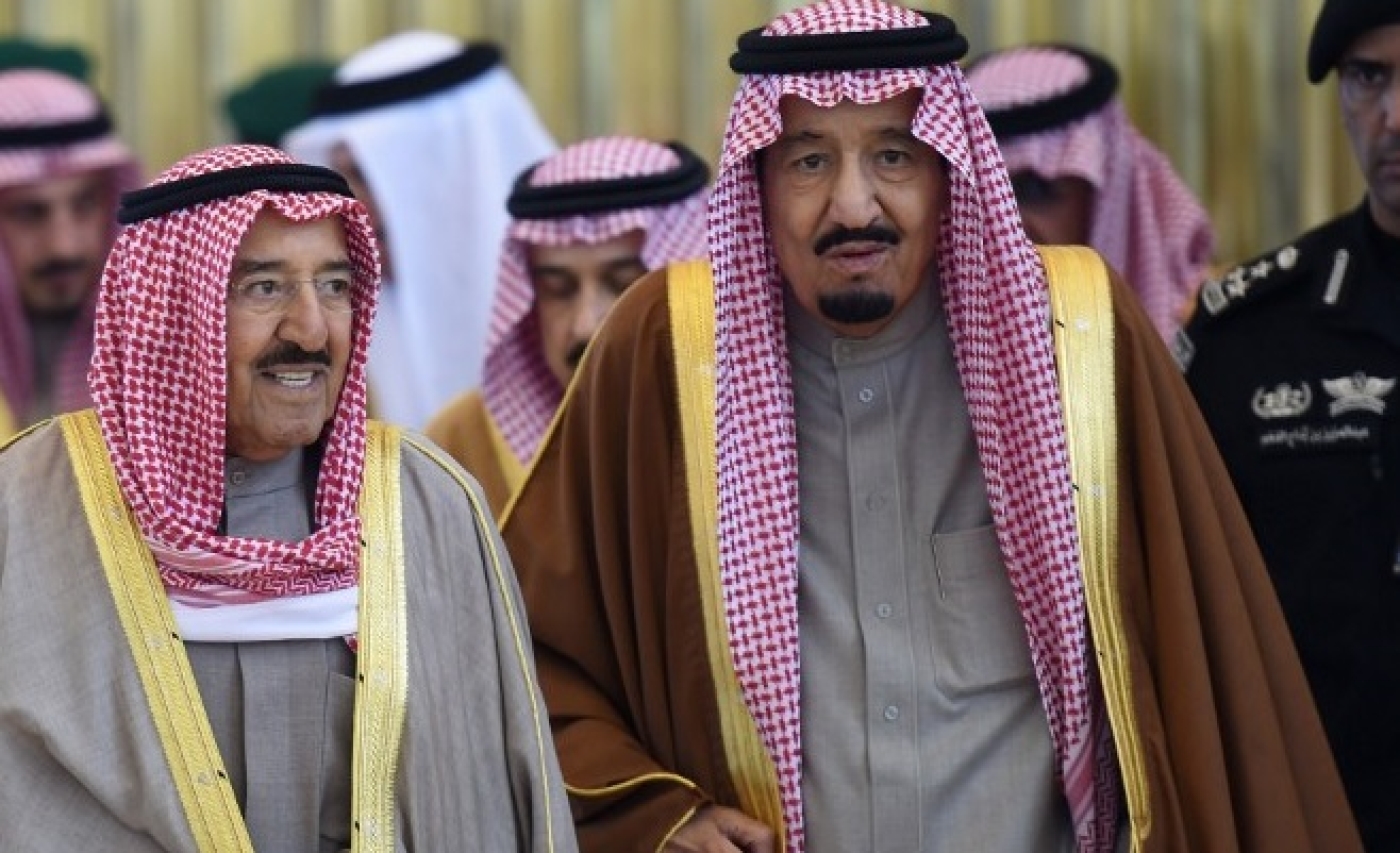 Saudi King Salman called for political solutions to the wars in Syria and Yemen, while condemning "terrorism," at the opening of an annual Gulf summit in Riyadh.

Kings and emirs from the six Gulf Cooperation Council (GCC) states began two days of talks in the Saudi capital, at the same time as unprecedented discussions by the Syrian opposition at a luxury hotel in another part of the city.

Salman voiced "support for a political settlement which guarantees the territorial integrity of Syria," after nearly five years of war.

For more than eight months, Gulf military forces have been fighting in Yemen to support President Abedrabbo Mansour Hadi's government alongside an array of local anti-rebel forces.

The coalition has been trying to push Iran-backed Shiite Huthi rebels and allied troops from territory they occupied.

Rebels have taken advantage of the chaos to expand their presence in the country.

In his opening address at Diriyah Palace, Salman said all countries have a responsibility to combat terrorism and extremism.

"Islam rejects and abhors terrorism, because it is a religion of moderation and tolerance," said the monarch.

Qatar's emir Sheikh Tamim bin Hamad al-Thani told the summit that recent attacks in several countries prove that this "odious scourge" is a threat to everybody.

"The international community must, more than ever, intensify efforts to combat terrorism in all its forms and eliminate its real causes by all means," the emir said.

The kings and emirs passed ceremonial guards on horses as they arrived for their summit at one of Riyadh's main royal palaces, protected by armoured vehicles and machineguns.

Across town, about 100 representatives from Syria's fragmented political and armed opposition groups are making an unprecedented bid for unity ahead of potential negotiations with President Bashar al-Assad's government.

Both Saudi Arabia and Qatar support some rebels in Syria.

Assad is backed by Saudi Arabia's predominantly Shiite regional rival Iran, and Russia, which has for more than two months been conducting air strikes in Syria.

Saudi Foreign Minister Adel al-Jubeir said in late November that if Assad does not step down peacefully "he could be ousted militarily".

Pressure for peace is also building in Yemen.

According to the United Nations envoy to Yemen, another attempt at peace talks will start on 15 December after earlier efforts collapsed.

Yemeni rivals are to gather in Switzerland to try to end the costly war that has drawn in Gulf nations.

Oman is the only GCC state not part of the coalition in Yemen but has mediated and provided a neutral venue for talks.

Fighting a war in Yemen, the oil and gas-based Gulf states are also battling falling revenues.

Crude prices have more than halved since early 2014 and the International Monetary Fund has projected a $275 billion drop in export revenues this year for the resource-dependent Gulf economies.

Despite the urgency of the challenges they face, analysts say the Gulf monarchs struggle to find common ground.

"This summit comes as the Gulf is witnessing one of its most critical years," said Farea al-Muslimi, a visiting scholar at the Carnegie Middle East Centre.