Saudi-allied Yemeni soldiers accuse coalition of bombing its own forces Pro-government fighters man a hilltop position overlooking Taiz in 2017. Soldiers told MEE they had not been allowed to advance towards the city since 2016 (AFP)
By
MEE correspondent
in
Sanaa

Yemeni troops allied to the Saudi-led coalition are increasingly doubtful about the coalition's intention to end the war in the Arabian Peninsula nation as multiple decisive advances have been ordered to stop without providing a clear reason.

Some of those spoken to by Middle East Eye accused Saudi-led forces of sometimes deliberately conducting air strikes against Yemeni forces on their own side to halt their progress.

A Western-backed coalition led by Saudi Arabia and the United Arab Emirates intervened in Yemen in 2015 to try to restore the internationally recognised government of president Abd Rabbuh Mansour Hadi, ousted from power in the capital Sanaa by the rebel Houthi movement in late 2014.

The war is widely perceived as a proxy war between Saudi Arabia and Iran.

The Hadi government controls the southern port city of Aden, while the Houthis hold Sanaa and most of the biggest urban centres in the country.

Since the beginning of the war in March 2015, the pro-Hadi forces backed by the coalition advanced in several provinces and recaptured many areas from the Houthis, but they also stopped advances on many fronts based on coalition orders.

While they captured Aden city in a few days in 2015, they have not achieved major advances since then, stopping in the southwestern governorates of Lahj and Al-Dhale.

Similarly, they advanced from Marib to Nihm district in Sanaa in a few days in 2016, but battles have been going on since then, with no major advances towards the centre of the city.

Last year, coalition forces arrived outside Hodeidah city and were only a few kilometres away from recapturing the strategic seaport from the Houthis, but then the fighting stalled.

In Taiz, residents have been enduring siege from three directions since 2015, but advances towards the city have stalled, and no progress towards ending the siege has been made.

The perceived reluctance of the coalition to capture key cities from the Houthis prompted one senior army officer, Brigadier Muhsen Khusroof, to express his dismay on live television last month, when he directly blamed the coalition for failing to support the Yemeni troops to achieve decisive wins on the ground.

"The Saudi-led coalition has prevented the pro-Hadi forces from advancing in Nihm, Taiz, Hodeidah and other areas," he told the Yemen TV channel. "When our forces arrived to those areas within a few days, the coalition instructed them to stop," he added.

Khusroof, who was suspended by Hadi after his interview, said the Yemeni forces would have defeated the Houthis in Hodeidah but for the "orders" of the coalition and its US and EU allies.

He added that the coalition did not provide the Yemeni army with the weapons necessary to win the war, unlike the Houthis, who he said had better equipment because of Iranian backing.

The Houthis have repeatedly denied being backed by Tehran.

Khusroof said that the desire not to end the war, in his opinion, was the coalition's fear that a victory by the Yemeni army would also be a victory for the Yemeni Congregation for Reform, also called al-Islah, an offshoot of the Muslim Brotherhood in Yemen.

"That is a big lie," he said. "We are not allowed to fight until victory."

Yemeni soldiers who spoke to Middle East Eye on condition of anonymity echoed Khusroof's sentiments, adding that a number of Saudi air strikes had targeted their forces in attacks that were described as "mistakes" by the coalition but which the soldiers believed were deliberate.

"In January 2018, a group of brave soldiers including me tried to advance in the west of Taiz city to break the siege, but our leadership prevented us because we did not have orders from the coalition," Ahmed, a fighter in Taiz, told MEE using a pseudonym.

"Then we insisted to advance, and our leadership informed the coalition operation room about the battles."

Ahmed and his colleagues advanced on the western front and were happy to achieve major advances without the support of air strikes.

Early the next day, the warplanes hovered over Taiz city, but the target was not the Houthis as usual.

"Three air strikes targeted us, and dozens of my colleagues were killed and injured, so we withdrew to the previous positions after a huge loss."

Ahmed and his colleagues were informed that the air strikes were "mistakes,” and that they should not advance again without directives from the coalition.

However, when mistakes were repeated, he suspected they were deliberate.

"That was not the only mistake, but many other air strikes have targeted fighters who advanced in several provinces without directives from the coalition.

"The coalition forces us to be followers to it, and we cannot advance without clear directions. Furthermore, we have not received directions to advance in Taiz since 2016."

Ahmed agrees with Khusroof that the coalition does not want the war to end.

Khalid, a pro-Hadi soldier in Hodeidah who also spoke using a pseudonym, said the Saudi-led coalition leads the battles in Yemen and is responsible for ordering advances and halting battles anywhere in the country.

"When the coalition wanted the forces to advance in Hodeidah, it paid the salaries of fighters in Saudi riyals, so fighters fled from different fronts and joined Hodeidah," Khalid told MEE.

"That way, the forces advanced in Hodeidah in a dramatic way. Fighters do not advance one metre without direction from their seniors in the [Saudi-led coalition]."

Khalid added that the coalition has money and pays well when it needs forces to advance, and delays the salaries when they want forces to withdraw.

"If the coalition wants to liberate Hodeidah or any other province, it can do so in a few days since they have money, but it does not want the war to end for unknown reasons."

While there are many soldiers who accuse the Saudi-led coalition of hindering the advances of pro-Hadi forces, there are solders who are grateful to the coalition.

"No one can deny the main role of the Saudi-led coalition in the liberation of the country," Samir, a pro-Hadi fighter in Taiz told MEE.

He stated that the coalition had been supporting the pro-Hadi forces to advance and that its air strikes had supported most of the advances on ground, denying that it hinders the advances.

"The coalition is aware enough about the strategies of war, and it knows when the forces should advance and when they should withdraw, but some Yemeni military leaders are not aware of such strategies," Samir said.

"Thus, we should thank the Saudi-led coalition for their constant support since 2015."

Tareq al-Mallah, a freelance journalist who moves between provinces, stated that opposition to the Saudi-led coalition has been increasing in several provinces and not only in the Houthi-controlled areas.

"The coalition intervened in Yemen to support the pro-Hadi forces and not to lead the battles, but it became the leader of battles, and this is wrong as it is against the national sovereignty." 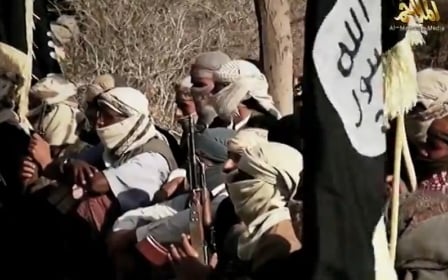 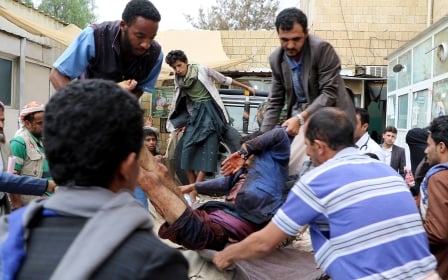