According to an MEE source, Prince Mansour was attempting to flee the country when his helicopter went down 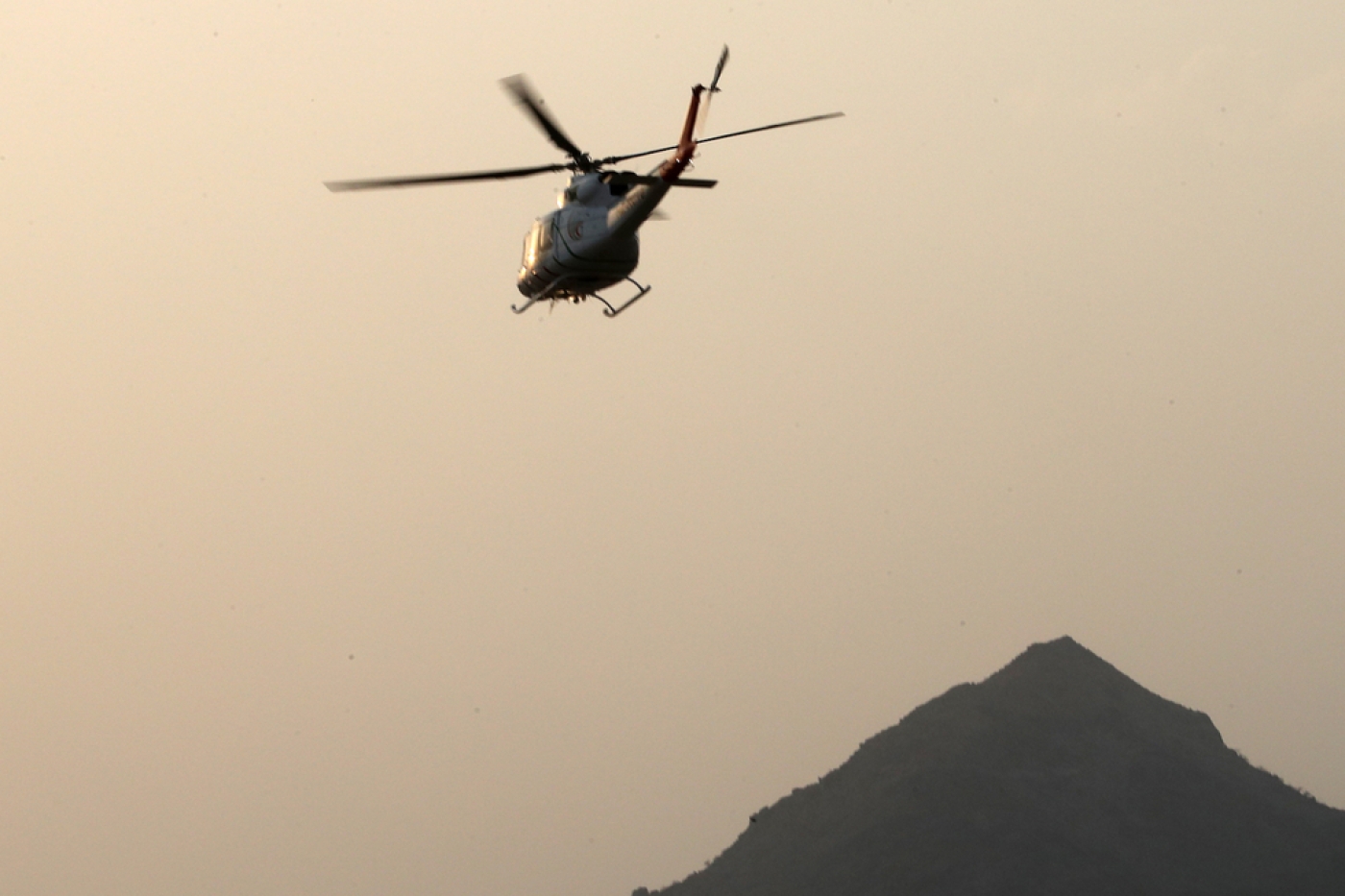 A Saudi Red Crescent helicopter takes off on August 28, 2017 (AFP)
By
MEE and agencies

A Saudi prince was killed on Sunday when a helicopter with several officials on board crashed near the kingdom's southern border with war-torn Yemen, state television said.

The news channel Al-Ekhbariya announced the death of Prince Mansour bin Moqren, the deputy governor of Asir province and son of a former crown prince.

It did not reveal the cause of the crash or the fate of the other officials aboard the aircraft.

A Middle East Eye source in Saudi Arabia, however, said that Mansour was trying to flee the country at the time when his helicopter went down. He was a known opponent of Crown Prince Mohammed bin Salman.

News of the crash comes as Saudi Arabia pursues a sweeping purge of the kingdom's upper ranks, with dozens of princes, ministers and a billionaire tycoon arrested as bin Salman cements his hold on power.

When the purge was launched on Saturday, there was a ban on the movement of all private planes.

Already viewed as the de facto ruler controlling all the major levers of government, from defence to the economy, bin Salman is widely seen to be stamping out traces of internal dissent before a formal transfer of power from his 81-year-old father King Salman.

The helicopter crash also comes after Saudi Arabia on Saturday said it intercepted and destroyed a ballistic missile near Riyadh's international airport after it was fired from Yemen in an escalation of the kingdom's war against Houthi rebels.

On Sunday, Saudi Arabia announced rewards of up to $30m for information that would help arrest or track down some of the top Houthi rebel leaders and planners.

A Saudi-led coalition that began its military intervention in Yemen in 2015 has accused regional rival Iran of supplying ballistic missiles to the rebels.

The missile attack was the first aimed by the Yemeni rebels at the heart of the Saudi capital, underscoring the growing threat posed by the raging conflict in Yemen.

The war in Yemen has increasingly spilled across the border.

Saudi Arabia led the intervention to prop up the government of President Abd Rabbuh Mansour Hadi after the Houthis forced him into exile.

Hoping for a quick victory against what it saw as Iranian expansionism in its back yard, Riyadh has so far been unable to remove the Houthis from Yemeni capital Sanaa.