The song, titled “Teach Qatar”, is the latest attempt to gain support for the Saudi-led boycott of the tiny gulf country.

The new release came amid the ongoing rift between the Saudi-led quartet of Bahrain, Egypt and UAE, and Qatar, which the four accuse of supporting terrorism. The four cut diplomatic ties with Qatar in June and have blockaded the country ever since.

The song features some of the most prominent and celebrated Saudi singers, including Abdul Majeed Abdullah and Mohammed Abdu.

"We stab in the face, not in the back... Twenty years of conspiracies and treachery and plots that we have been aware of," Abdullah says in the song, referring to Doha.

The track was composed by Rabeh Saqer who has been criticised in Saudi for dabbing at a concert in Egypt.

Rotana is primarily owned by Prince Al-Waleed bin Talal, a powerful member of the Saudi royal family. The production company has been accused of monopolising the music industry in the Middle East by signing most popular artists.

Since its release on Monday, the song has been viewed nearly four and a half million times and triggered mixed responses on social media

Some users criticised the track as "propaganda":

How much more government propaganda and indoctrination are we going to tacitly accept in every aspect of our lives as Arabs? #علم_قطر

And questioned the motives of the musicians:

Others didn't think that music had a place in the political rift:

Translation: Saudi's blockade of Qatar is purely political...I don't understand how songs and music fit into it at all

The song attempts to discredit Doha as the quartet’s blockade of the country enters its third month.

“Teach Qatar and those who stand behind Qatar that our country is patient. But when situations get dangerous, by God, you will see the actions of (our) men,” the lyrics go.

Another user thought the song was a "pathetic" attempt to "diss" Qatar:

It's been about 3 months since the blockade, Qatar really out here STILL prospering whilst Saudi makes a diss track? Pathetic 🗣🗣 #علم_قطَر 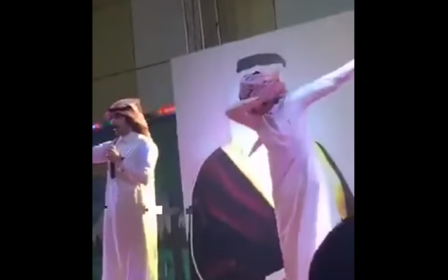 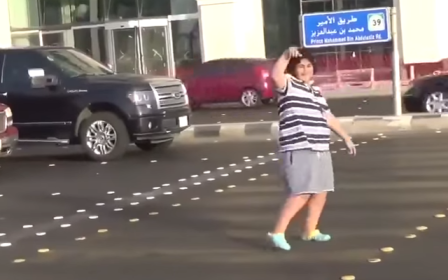