Weeks after Prince Ahmad's arrival, royal family members reportedly push for King Salman's brother to be the kingdom's next ruler 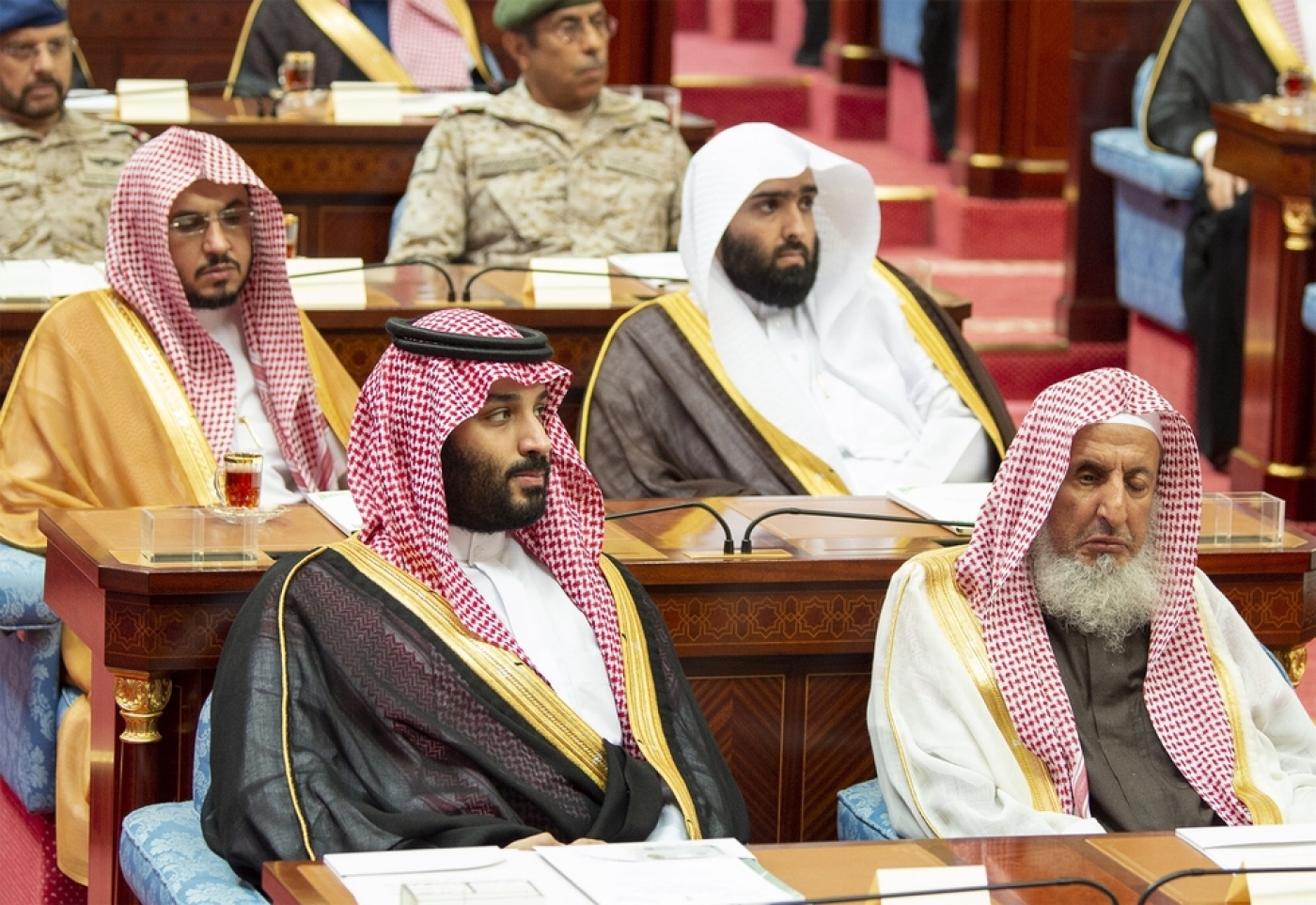 Members of Saudi Arabia's royal family are preparing to prevent Crown Prince Mohammed bin Salman from becoming king after his father's death, according to sources speaking to Reuters.

Three sources close to the royal court said that dozens of princes and cousins from influential branches of the ruling family were planning to turn on MBS following the death of 82-year old ruler King Salman, who still favours his son as successor.

Middle East Eye has previously reported that Prince Ahmad bin Abdulaziz, King Salman’s only surviving full brother, returned to Saudi Arabia in late October with a brief to limit the power of MBS, whose reputation has been tarnished over his reported involvement in the murder of journalist Jamal Khashoggi in the Saudi consulate in Istanbul on 2 October.

When Prince Ahmad arrived, as MEE reported, there were two scenarios he could pursue: mount a challenge to MBS and get him to abandon his position as crown prince and his security portfolio, while retaining his role as economic reformer; or fill a vacant chairmanship role left on the kingdom's Allegiance Council, which vets and approves royal appointments.

If he were to lead the body, the prince would become a kingmaker.

Several weeks on, palace sources have told Reuters that the princes are actively discussing the possibility that after the king's death, Prince Ahmad could take the throne.

Ahmad, uncle of the crown prince, would have the support of family members, the security apparatus and some Western powers, one of the Saudi sources said.

Prince Ahmad returned to Riyadh in October from London where MEE understands that he met with other members of the Saudi royal family living outside the kingdom.

During his stay in London, he appeared to criticise the Saudi leadership while responding to protesters outside a London residence chanting for the downfall of the Al-Saud dynasty.

As MEE has reported, King Ahmad was one of three members of the Allegiance Council which opposed MBS's appointment as crown prince in the summer of 2017.

Neither Prince Ahmad nor his representatives could be reached for comment this week. Officials in Riyadh did not immediately respond to requests from Reuters for comment on succession issues.

A Saudi source close to Prince Ahmad previously told MEE that he had returned “after discussion with US and UK officials” and was looking to rein in the prince's excesses, which have included kidnapping the Lebanese Prime Minister Saad Hariri and overseeing the war in Yemen.

“He and others in the family have realised that MBS has become toxic,” the source said

“The prince wants to play a role to make these changes, which means either he himself will play a major role in any new arrangement or to help to choose an alternative to MBS.”

The House of Saud is made up of hundreds of princes. Unlike typical European monarchies, there is no automatic succession from father to eldest son. Instead the kingdom’s tribal traditions dictate that the king and senior family members from each branch select the heir they consider fittest to lead.

According to Reuters, senior US officials have indicated to Saudi advisers in recent weeks that they would support Prince Ahmad, who was deputy interior minister for nearly 40 years, as a potential successor, according to Saudi sources with direct knowledge of the consultations.

Saudi sources told Reuters they were confident that Prince Ahmad would not change or reverse any of the social or economic reforms enacted by MBS, would honour existing military procurement contracts and would restore the unity of the family.

The US has cooled on MBS not only because of his suspected role in Khashoggi's killing, but also because the crown prince recently urged the Saudi defence ministry to explore alternative weapons supplies from Russia, the sources said.

However, one senior US official told Reuters the White House is in no hurry to distance itself from the crown prince despite pressure from lawmakers and the CIA’s assessment that MBS ordered Khashoggi’s murder, though that could change once Trump gets a definitive report on the killing from the intelligence community.

The official also said the White House saw it as noteworthy that King Salman seemed to stand by his son in a speech in Riyadh on Monday and made no direct reference to Khashoggi’s killing, except to praise the Saudi public prosecutor.

A senior Saudi source told MEE this week that, in fact, the US is helping Saudi Arabia navigate through the Khashoggi crisis.

US Secretary of State Mike Pompeo, the source said, drew up a roadmap to insulate the king and crown prince, a plan that included an option to pin the Saudi journalist’s murder on an innocent member of the ruling al-Saud family in order to insulate those at the very top. 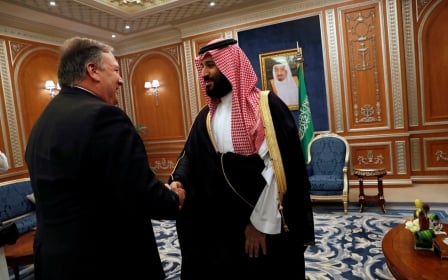 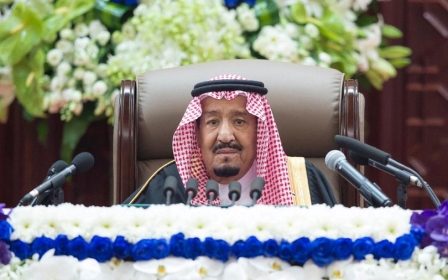