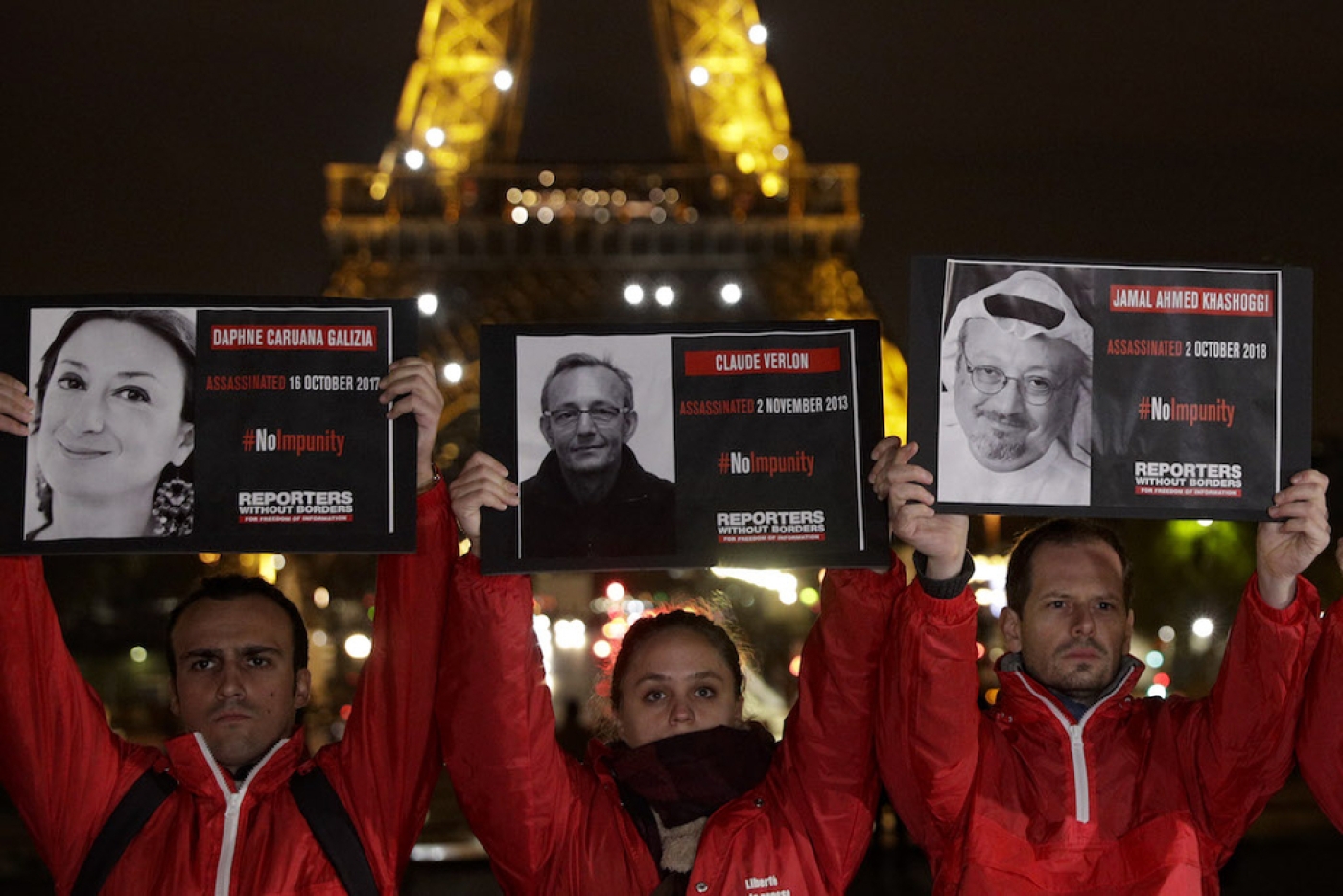 Saudi Arabia deployed a chemist and toxicology expert to Istanbul after the murder of journalist Jamal Khashoggi in an attempt to cover up evidence of the killing, a Turkish newspaper reported on Monday.

The murder of the Saudi royal-insider-turned-critic inside Saudi Arabia's consulate in Istanbul has provoked widespread international outrage.

Turkish authorities have released gruesome details of a killing that President Recep Tayyip Erdogan has said was a targeted hit.

While Riyadh officials have admitted the murder was planned, they have so far declined to release details of the whereabouts of the 59-year-old journalist's missing body.

According to Turkey's pro-government Sabah daily, Saudi Arabia sent an 11-member "cover-up team" to Istanbul on 11 October, nine days after the Washington Post contributor vanished after entering the diplomatic compound to obtain paperwork for his marriage.

The paper said chemist Ahmad Abdulaziz Aljanobi and toxicology expert Khaled Yahya al-Zahrani were among "the so-called investigative team", which visited the consulate every day until 17 October, before leaving Turkey on 20 October.

Saudi Arabia finally allowed Turkish police to search the consulate for the first time on 15 October.

Turkey's chief prosecutor said last week that Khashoggi was strangled as soon as he entered the consulate and also confirmed the body was dismembered.

Yasin Aktay, an adviser to Erdogan, hinted in an article published on Friday that the body may even have been destroyed in acid.

In an editorial published in The Washington Post, Erdogan accused authorities in Riyadh of refusing to answer key questions about the murder, despite their arrest of 18 suspects a fortnight ago.

He said the order to murder the journalist came from "the highest levels" of the Saudi government, adding that he did "not believe for a second" that King Salman was to blame.

But he pointedly failed to absolve Crown Prince Mohammed bin Salman of responsibility for unleashing a "death squad" against the outspoken Saudi journalist.

The murder has badly tainted the kingdom's de facto ruler.

The fallout from the Khashoggi killing has seen companies and governments loosening or cutting ties with the kingdom.

Many companies pulled out of the Future Investment Initiative - dubbed "Davos in the desert" - last month as it was enveloped by the controversy.

Last week, the Bill & Melinda Gates Foundation announced it would no longer be partnering with the Misk Foundation, a charity founded by the Saudi crown prince, in light of the Khashoggi killing.

The Gates Foundation had contributed $5m to the Misk Grand Challenges initiative, which provides grants to young people working on "development challenges".

“Jamal Khashoggi’s abduction and murder are extremely troubling,” said the Gates Foundation in a statement.

“We are observing current events with concern, and we do not plan to fund any subsequent rounds of the Misk Grand Challenges program.”

Other companies, however, have pledged to continue working with the kingdom.

On Monday, the head of Japanese firm SoftBank indicated he would continue to do business with Saudi Arabia, despite also condemning the Khashoggi killing.

The comments by Masayoshi Son, whose conglomerate has close ties to the kingdom, threatened to overshadow the firm's results, which saw an eight-fold jump in net profits.

As horrible as this event was, we cannot turn our backs on the Saudi people as we work to help them in their continued efforts to reform and modernise their society

Using the SoftBank Vision Fund, worth an estimated $100bn, Son has taken stakes in many firms in the tech sector, including Uber, Slack, WeWork and Nvidia.

Nearly half of the money in the fund comes from Saudi Arabia and there has been a pledge of another $45bn this year.

Son said SoftBank was "deeply saddened" by the news of Khashoggi's murder, which he condemned as "a horrific and deeply regrettable act".

However, he added: "As horrible as this event was, we cannot turn our backs on the Saudi people as we work to help them in their continued efforts to reform and modernise their society."

And he said he had sought explanations from senior Saudi officials over the killing, stressing: "We want to see those responsible held accountable."

He said he had raised his concerns about the killing with MBS, among others.

"I felt they received them sincerely," he said.

Asked if the prince provided any hint of his involvement, Son said: "No, of course not."