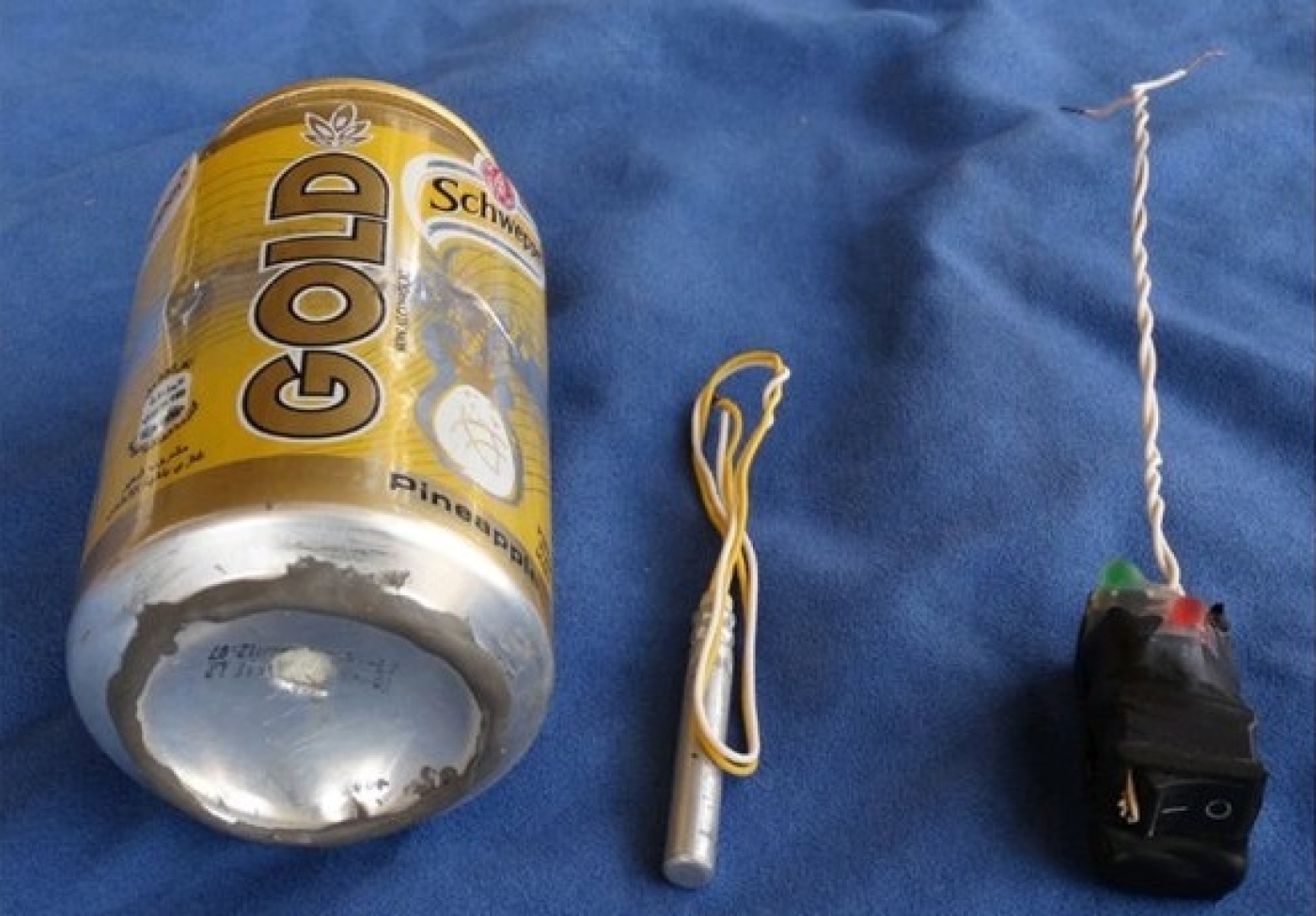 The picture in the latest issue of IS magazine, Dabiq
By
MEE staff

The Islamic State has claimed it used a bomb inside a tin can to destroy a Russian passenger jet that crashed after taking off from Sharm el-Sheikh in Egypt last month, killing all 224 people on board.

The claim was made in the latest edition of the group's English-language propaganda magazine, Dabiq, which was released on Wednesday.

Dabiq features what IS propagandists claim to be a picture of the bomb - a drinks can, a switch and another wired component, accompanied by the words: "Exclusive - image of the IED used to bring down the Russian airliner".

Such a bomb would be manually activated as there appears to be no timing element.

The magazine article states that the plane was bombed in response to Russia's entry into the war in Syria on behalf of President Bashar al-Assad.

"It was a rash decision of arrogance from Russia, as if it held that its wars against the Muslims of [the Caucasus] were not enough offence," the magazine said.

"And so after having discovered a way to compromise the security at the Sharm el-Sheikh International Airport and resolving to bring down a plane belonging to a nation in the American-led Western coalition against the Islamic State, the target was changed to a Russian plane.

"A bomb was smuggled onto the airplane, leading to the deaths of 219 Russians and 5 other crusaders only a month after Russia’s thoughtless decision."

The claim appears to contradict statements by Russia earlier this week. The FSB security service said a bomb with the explosive power of 1kg of TNT brought down the A321 Airbus flight on 31 October, adding that residue from a foreign explosive had been found on the remains of some of the victims.

However, Russia did not disclose the type of explosive it had found.

Russian President Vladimir Putin vowed revenge for the attack on Tuesday, and Russian military forces have targeted Raqqa, the de facto IS capital, with cruise missiles and bombing raids this week.

Recent attacks on planes have used small quantities of a substance known as PETN, an extremely powerful form of plastic explosive.

Richard Reid, the al-Qaeda "shoe bomber", tried to set off PETN hidden in the sole of his shoe on American Airlines Flight 63 from Paris to Miami on 22 December 2001.

The same substance was used in the attempt to bring down Northwest Airlines Flight 253 bound for Detroit on 25 December 2009, when a passenger tried to set off plastic explosives sewn into his underwear.

Hans Michels, an explosives expert at Imperial College, London, told the Guardian in 2009 that just 100g of PETN could could destroy a car.

"If you can lay your hands on a reliable source, it would be the explosive of choice," he said. KGL9268
Russian cruise missiles launched against IS stronghold in Syria