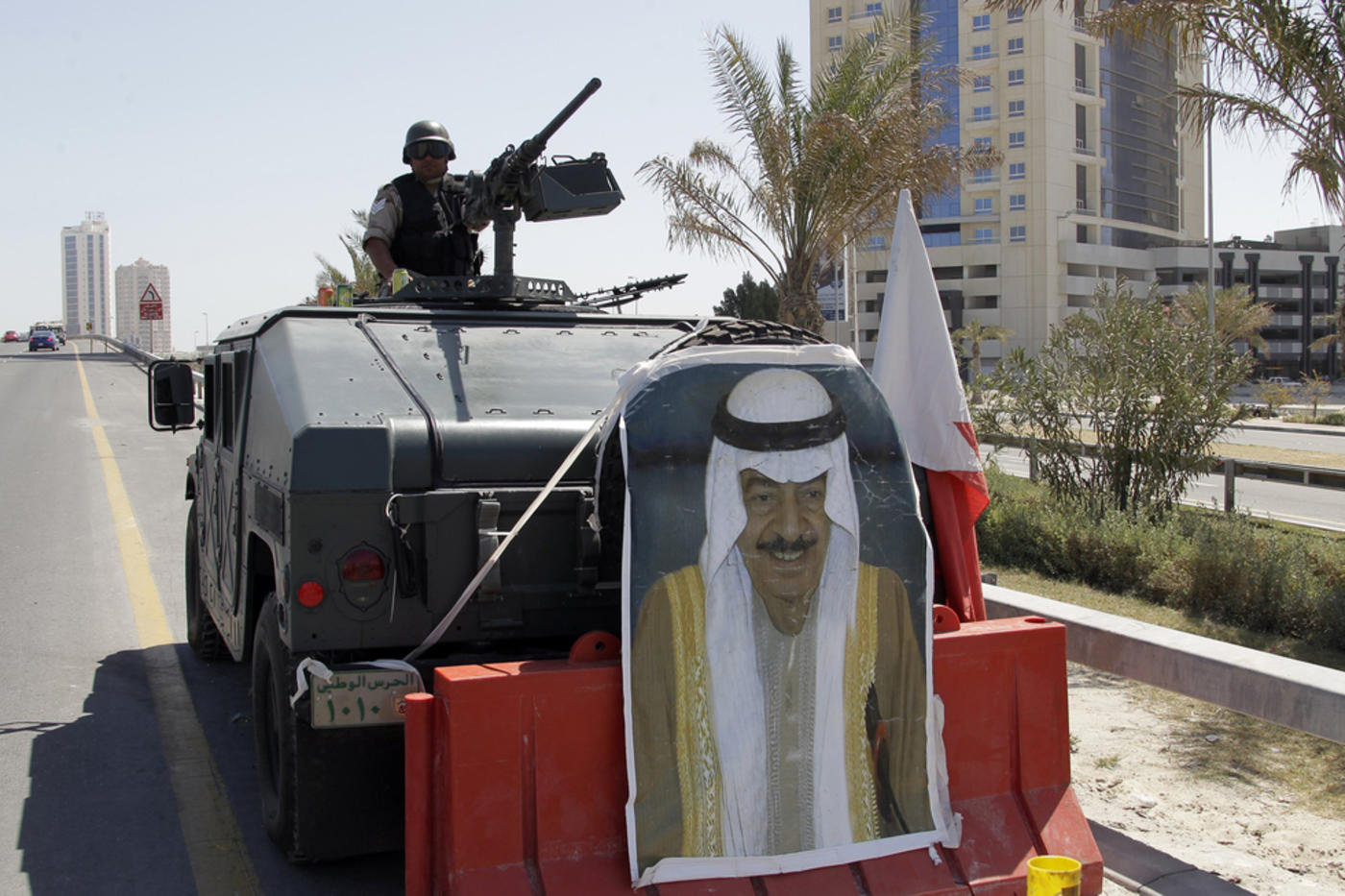 Bahrain has cracked down on dissent since protests against its rulers erupted in 2011. (AFP)
By
MEE and agencies

Ahmad al-Hamadi said 169 people will be put on trial for “forming a terrorist organisation … under the name ‘Bahrain Hezbollah’”, allegedly in collaboration with the Iranian intelligence services.

The Gulf island kingdom has experienced periodic bouts of civil unrest and sporadic violence since 2011 when protests against the country's government were violently crushed by security forces with the help of forces from neighbouring Saudi Arabia.

In response, the country’s Sunni rulers have cracked down on much of the opposition to their rule, which has largely come from Bahrain’s Shia majority.

Opposition activists and politicians have routinely been arrested and jailed, political parties dissolved and the main Shia group al-Weqaf banned from operating.

Bahrain’s government blames Iran, which funds Hezbollah in Lebanon as well as supporting other Shia groups in the region, for fomenting the unrest.

Hezbollah, a powerful Lebanese political party whose militia is one of the best-trained and equipped in the region, is blacklisted as a terrorist organisation by Manama.

Both Iran and Hezbollah’s leaderships are highly critical of the Bahraini government, but deny fomenting unrest in the country.

The 169 individuals – of which 111 are in custody – have been charged with forming and joining a terrorist organisation, attempted murder, detonating a bomb, training in the use of firearms and explosives and handling, possessing, making and using explosives and firearms.

According to the official Bahrain News Agency (BNA), a criminal investigation found the accused responsible for unifying various "terrorist factions that carry out terror attacks in Bahrain" at the behest of "Iranian regime leaders".

"[The groups] would get involved in one terrorist organisation which they called Bahrain's Hezbollah," the BNA said, adding the group was planning to send Bahrainis to Iraq, Lebanon and Iran for military training.

Hamadi did not specify when the defendants were arrested. The BNA reported that their trial would open on 3 October.