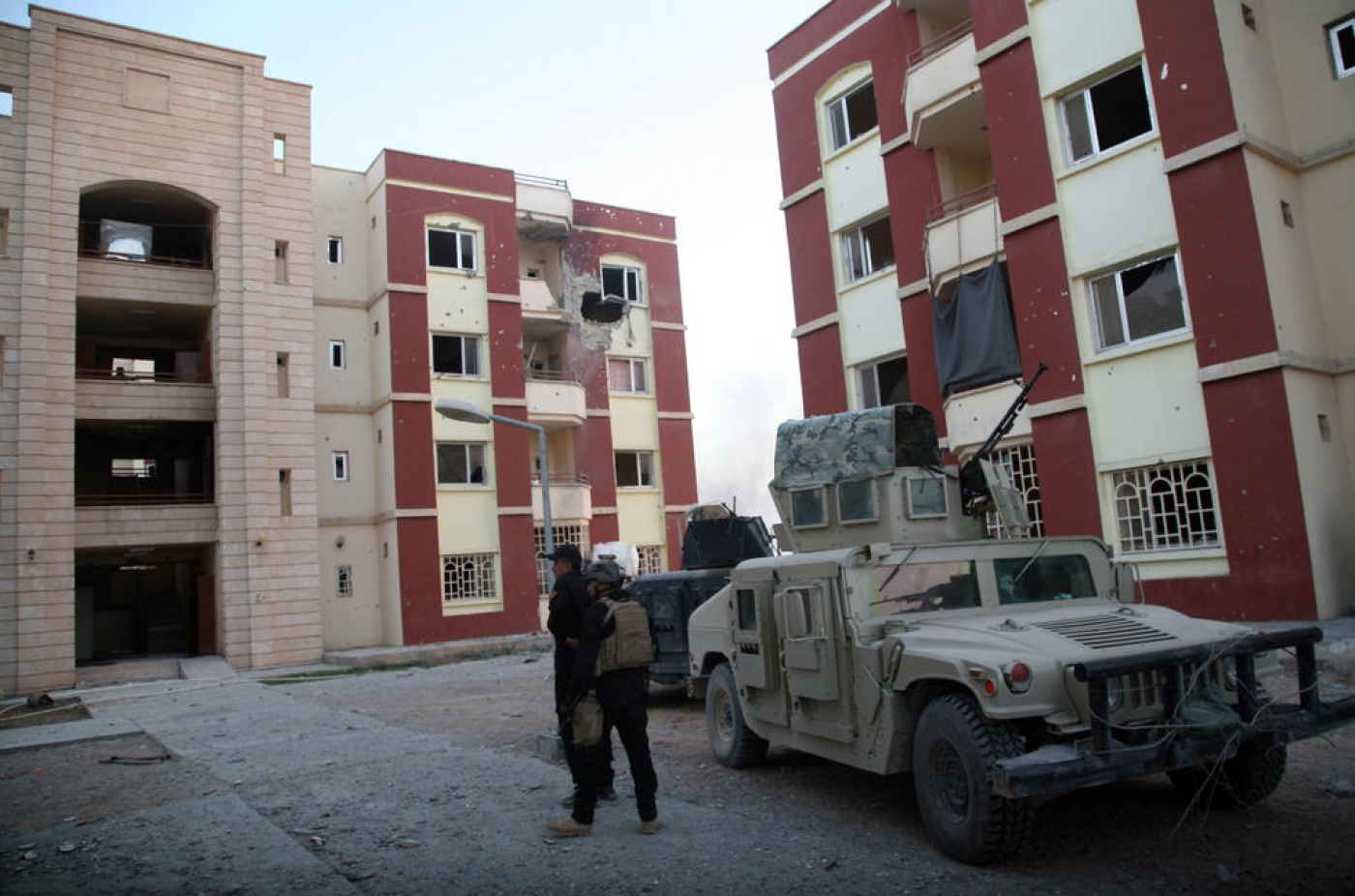 Iraqi security forces patrol a street in Ramadi on 19 September, 2014 (AFP)
By
MEE and agencies

Islamic State fighters took over the main government compound in the western Iraqi city of Ramadi on Friday, giving them nearly full control over Anbar's provincial capital, the group and officials said.

The militants seized the government complex at around 2pm (1100 GMT) and raised the IS's black flag, capping an offensive launched on Thursday, a police officer said.

IS "now occupies the government centre in Ramadi and has also raised its flag over the police HQ for Anbar," the police major told AFP, speaking on condition of anonymity.

The group itself issued a statement in which it said its fighters broke into the "government complex in the centre of Ramadi".

A senior tribal leader in charge of the coordination of local fighters with regular government forces also confirmed the government complex had fallen.

"Daesh has managed to take over the provincial council and they have raised their flag," Sheikh Hekmat Suleiman told AFP by phone, using an Arabic acronym for IS.

"The only (government) forces still fighting are confined to a few pockets in Ramadi but they have no command post anymore," he said.

Iraqi air force dropped weapons to IS 'by mistake'

Meanwhile in Bajji, the Iraqi air force has dropped weapons to IS militants by mistake, an Iraqi MP has claimed.

Iskandar Witwit, a member of parliament's security committee, told Anadolu Agency on Friday that "Iraq army planes dropped amounts of weapons and ammo to the Iraqi security forces that are besieged by Daesh in Baiji oil refinery, but [the] dropping operation was mistaken ... that enabled Daesh members to seize most of the weapons."

Witwit did not specify the date of the alleged incident.

IS has been attempting recently to seize complete control of Iraq's Baiji oil refinery complex.

On Monday, Pentagon spokesman Army Colonel Steve Warren said that Baiji complex had been severely damaged and was barely operational as the facility remains contested between Iraqi forces and IS militants.

The oil-rich eastern city of Baiji was cleared of IS last November but it fell to the militant group early this year.

It was then again taken in late April by Iraqi forces in cooperation with a US-led coalition. Iraq at War
Iraq's largest oil refinery under threat from IS: US