Magazine puts princess on its cover and celebrates 'trailblazing' women, as Riyadh arrests those who campaigned for ban to be lifted 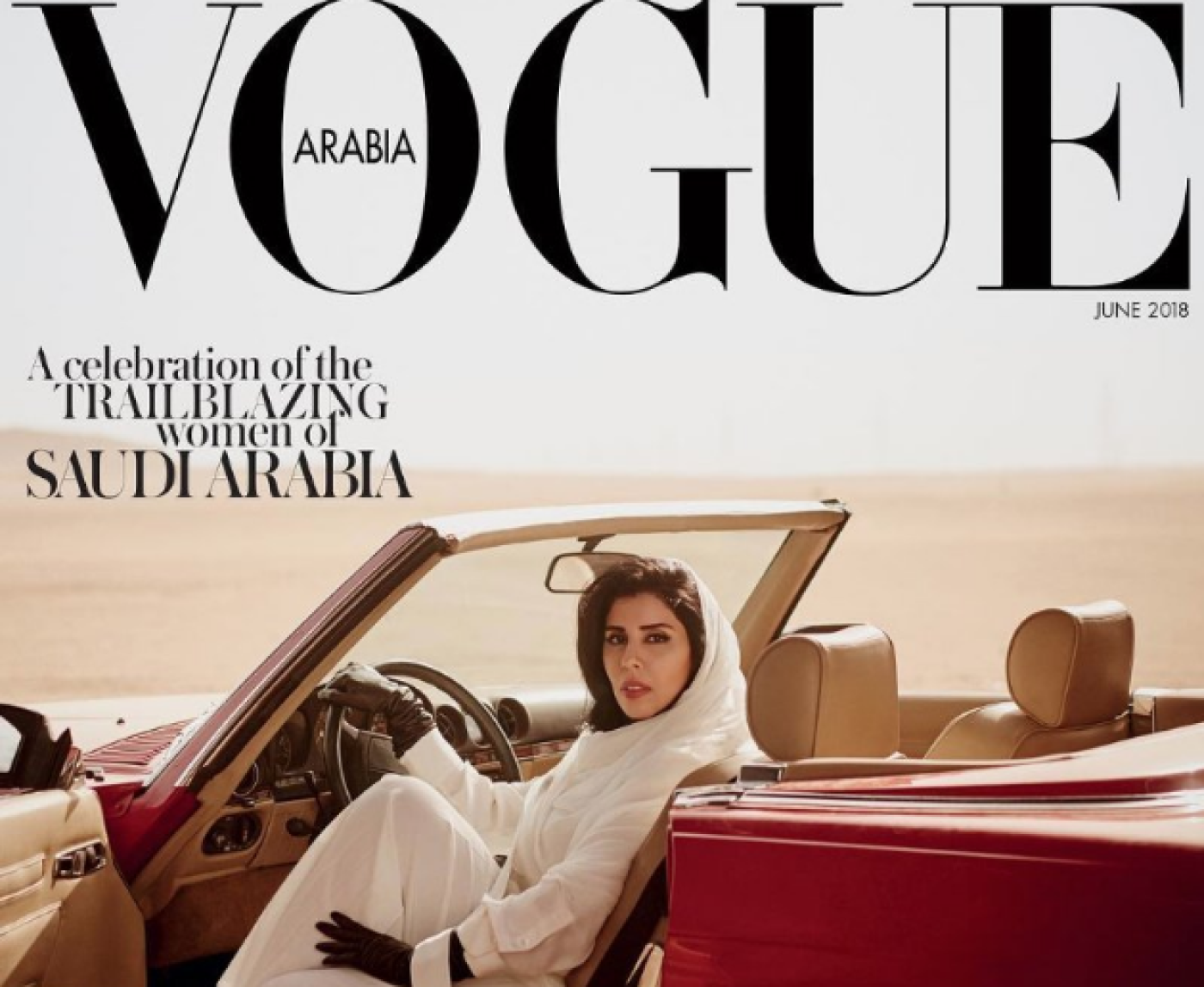 Vogue Arabia revealed the cover of its June edition on Wednesday featuring a Saudi princess at the wheel of a car, sparking strong reaction on social media.

The magazine’s cover features Saudi Princess Hayfa bint Abdullah al-Saud in a car in the desert, accompanied by the words "a celebration of the trailblazing women of Saudi Arabia".

#VogueArabia is driving into the future with #SaudiArabia. Stay tuned for more on our June issue soon... #SaudiIssue 🇸🇦 pic.twitter.com/7tZLe5Qutn

Social media users were quick to call out the magazine for celebrating the lifting of the driving ban on women while forgetting to mention the Saudi women’s rights activists who first championed lifting the ban. Many of them were arrested earlier this month.

Many commentators also expressed surprise a member of the Saudi ruling family was championed by the magazine when many activists who have campaigned for women's rights for years have been incarcerated.

You've got to be kidding me. A princess graces the cover of next month's Vogue Arabia while @azizayousef @Saudiwoman @LoujainHathloul and other activist women who have worked tirelessly to lift driving ban languish in jail pic.twitter.com/gEmXh8sTHL

Do you know that the women who asked for the right to drive now are in prison on charges of state treason ... Please amend this issue of the magazine because it violates the rights of activists #FreeSaudiActivists

At least 11 women's rights activists have been detained in recent days.

Human Rights Watch voiced concern on Wednesday over the "vague charges" the 11 are facing, adding that many campaigners have disappeared from the activism sphere following the arrests.

“The Saudi government seems so consumed with silencing dissent that even activists who have gone quiet for fear of retribution are being targeted again,” said Sarah Leah Whitson, Middle East director at Human Rights Watch.

“The Saudi authorities should be concerned that the chill created by this new wave of repression will lead the country’s allies to question how serious Saudi Arabia is about changing its approach to women’s rights.”

A Saudi activist, who did not wish to be named because of fears for their own safety, told Middle East Eye: “What we are seeing is that there is no tolerance of any kind for any type of [activist] activity.

“It is meant to send a clear message to the people that no one is supposed to speak on public affairs, nobody is supposed to be part of any engagement in society other than the state."

Social media users replaced the face of the princess with the faces of activists Lojain al-Hathloul, Aziza al-Yousef and Eman al-Najfan.

According to Human Rights Watch, Hathloul, who has been arrested at least twice before for defying the driving ban on women, is being held incommunicado. Yousef is a retired lecturer and was a leading campaigner for women's right to drive and ending the male guardianship system in the country.

On Tuesday, the Saudi government approved a measure criminalising sexual harassment. It was hailed by some as another example of positive social reform led by Saudi Crown Prince Mohammed bin Salman (MBS).

"Crown Prince Mohammad bin Salman’s 'reform campaign' has been a frenzy of fear for genuine Saudi reformers who dare to advocate publicly for human rights or women’s empowerment," said Whitson.