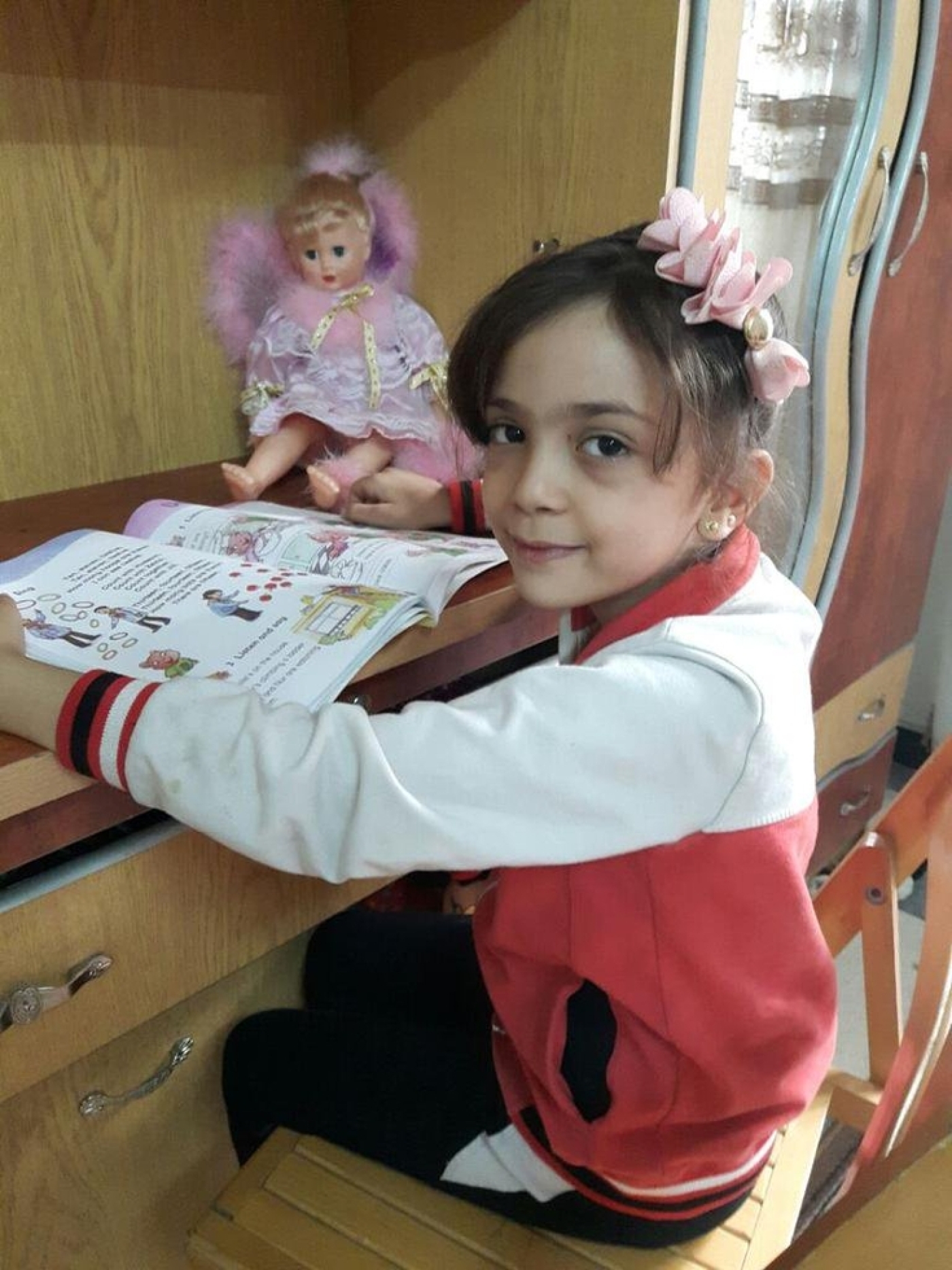 These were the three words that launched Bana Alabed’s Twitter diary to the world.

Having now been safely evacuated from eastern Aleppo with her mother, it seems that for one child from the city, dreams of peace and safety have come to fruition.

However, it hasn’t been an easy journey for the seven-year-old and her mother.

Bana and her mother, Fatemah, started the account with the goal of highlighting the realities and horrors of life under siege. Sharing videos, photos and the thoughts of Syrian civilians caught within a civil war, the account has now gathered a following of 329,000 on Twitter.

In the last four months, all eyes have been on this young girl and her 140-character updates on life through siege, bombs and air strikes.

Her account first went live on 24 September 2016 and Bana’s first tweets had one common and prominent theme: the desire for peace.

I can't even have proper breathing. I need peace please

I want to be a teacher but this war is killing my dream stop the bombing. Let me learn English and maths

Bana shared images of life before the war, as well as the loss and hardships experienced during the war.

This is me before the war. Tonight I'm praying for peace #Aleppo pic.twitter.com/vvMV6EtpVl

This is my friend house bombed, she's killed. I miss her so much #Aleppo pic.twitter.com/5y59rorpeZ

'Why you made Noor get jaundice?'

The suffering of Bana’s brother, Noor, was also documented.

Dear Putin assad in front of God, one day you will answer why you made noor get jaundice because of your bombings #Aleppo

As Bana’s story began to garner more worldwide attention, many pro-Assad supporters came to question whether or not the account was real.

Syrian President Bashar al-Assad was also one of those who vocalised his suspicions over the account, stating in an interview that the account was a "game" and "propaganda". Bana and Fatemah were also victims of online trolling, while others set up fake accounts in an attempt to undermine them.

A 7-year-old tweeting on-the-go from a war zone where I almost never had service. Even when there was wifi, it rarely worked. https://t.co/KT19bK6qbq

However, many came out in defence of Bana.

In particular was Eliot Higgins, founder of Bellingcat, who carried out investigative research using geo-location in order to prove the existence of Bana and the authenticity of the account.

We've looked into this account, it's certainly posting images from a specific location in Aleppo, so seems genuine https://t.co/40tGPSTyox

Quickly, everyone! Let's smear the 7 year old from a war zone by associating her with Al-Qaeda! It what any good anti-imperialist would do! https://t.co/UXZrAqJfXE

'I'm reading to forget the war'

Pictured smiling at her desk with a book open on her desk beside a doll propped on the side, Bana's profile picture shared the message "I'm reading to forget the war".
Indeed, her love for fiction even got her noticed by the author of the Harry Potter series, JK Rowling, after Fatemah tweeted the author.

While unable to post the books to Bana, Rowling and her team were able to make Bana's dream come true through other means.

Brilliant idea, Neil, I've been obsessing over this all morning!

Bana then posted a video thanking Rowling as she read the first instalment of the series on a tablet saying, "How are you? I started reading your books. Thank you very, very much. I love you."

Just as others living under siege have come to lose their homes due to air strikes, Bana and her family were no different.

After fears over their safety reached a particular high, Bana's account briefly disappeared amid an army offensive which led those following her account to start the Twitter hashtag #WhereIsBana.

We are sure the army is capturing us now. We will see each other another day dear world. Bye.- Fatemah #Aleppo

Under attack. Nowhere to go, every minute feels like death. Pray for us. Goodbye - Fatemah #Aleppo

While many feared the worse at first, Syrian journalist Zaina Erhaim, whose passport was confiscated in the UK in September at the request of the Syrian government, was the one to mention that Bana and her family where safe before the account re-emerged the next day.

Finally, there now seems to be good news for this seven-year-old and her mother. Despite the chaotic nature of the evacuation plan taking place in Aleppo, several images have emerged showing Bana and her mother having safely been evacuated from the city.

Her mother also gave this interview upon arrival.
https://twitter.com/QASIOUN_NEWS/status/810791920125575170
Amid a chaotic war where other children have been less fortunate, it appears that, for now, Bana has finally managed to find some shred of peace.