11 Egyptian policemen were killed when a roadside bomb blast struck their armoured vehicle in the restive Sinai Peninsula on Tuesday, security officials said.

Militants have claimed responsibility for a string of attacks that have killed scores of policemen and soldiers, mostly in north Sinai, since the army overthrew president Mohamed Morsi in July last year.

An officer and 10 conscripts were killed in the attack that took place on a road leading to the town of Rafah bordering the Palestinian Gaza Strip. Four conscripts were wounded.

The Egyptian army has launched a huge operation in the peninsula over the past 12 months. They claim to have killed scores of militants, although locals have accused soldiers of targeting civilians and damaging property including mosques.

The main militant group, Ansar Beit al-Maqdis, has acknowledged the loss of some of its leaders, but has continued to attack both the security forces and Bedouin suspected of collaborating with them.

The group, whose name means Partisans of Jerusalem, has also said it was behind deadly bombings of police buildings in the capital and the Nile Delta.

It says it wants to implement Islamic law and that it attacks security forces to avenge the killings of pro-Morsi protesters by the military and police following the president's ouster last July.

At least 1,400 people have died in street violence since Morsi's overthrow, including about 700 of his supporters killed in a single day on 14 August 2013.

Ansar Beit al-Maqdis, which has also fired rockets at neighbouring Israel, released a video last month claiming responsibility for beheading men it accused of working with the Israelis.

In another video, a militant thought to be the group's spiritual leader, Abu Osama al-Masri, supplicated God for victory for what he called his "brothers" in the Islamic State organisation in Iraq and Syria.

Attacks in Egypt by the militants have eased over the past month as the military continues their campaign to end violence in the region.

In July, at least 12 people, including four children, were killed in north Sinai when militant rockets aimed at security forces misfired in two separate attacks.

The security campaign has inflamed tensions in the historically marginalised region, where Bedouin have long complained of discrimination by the central government in Cairo.

Despite the military and police operation, the militants have persisted in launching sporadic assaults and sometimes even set up impromptu checkpoints to target security personnel. 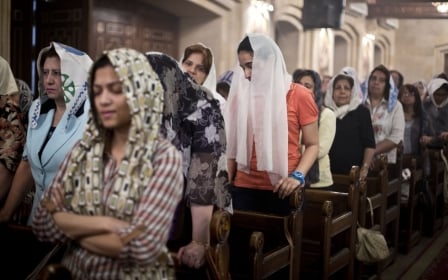