Sisi rules out accepting Muslim Brotherhood in Egypt's next government Egyptian President Abdel-Fattah al-Sisi has ruled out the possibility of introducing amendments to Egypt's newly-approved constitution or accepting the presence of the Muslim Brotherhood, the movement of ousted President Mohamed Morsi, in the next parliament.

During an interview with the editors of three state-run newspapers Sisi said that Egyptians would not accept the presence of the Muslim Brotherhood in the next parliament.

"Is it logical to demand amendments to the constitution that short time after the people had approved it?" Sisi asked in the interview, which was published on Monday by the website of the state-owned newspaper Al-Ahram.

The Egyptian constitution prohibits the participation of religious political parties.

Commenting on a new law drawing electoral districts across Egypt, the Egyptian President said he had hoped that Egyptians would accept the law, even if they were not 100 percent contented with it.

"Regardless of anything, the law is a step forward," al-Sisi said. "It is important to move forward and then we can complete the unfinished work," he added.

He expected Egypt's parliamentary elections – the third step on the transitional roadmap, which was approved following Morsi's ouster – during the first quarter of 2015.

He said election preparations would start before Egypt hosts an international economic conference in March of next year, suggested earlier this year by Saudi Arabia's King Abdullah.

Sisi said he held Saudi efforts to heal rifts between his country and Qatar in high esteem. Nevertheless, he said he would wait and see what Qatar would do in the days to come.

Cairo had viewed this as "interference" in its domestic affairs. Egypt had also asked Qatar to deport several Morsi supporters and opponents wanted by the Egyptian authorities.

Earlier this month, however, a special envoy dispatched by the emir of Qatar met the Egyptian President in Cairo for the first time since the latter came to power in June of this year.

A short time later, Saudi Arabia said both Cairo and Doha had accepted its initiative for reconciliation.

On Monday an Egyptian court adjourned to January 26 the verdict in a lawsuit seeking the designation of Palestinian faction Hamas - an ideological offshoot of the Muslim Brotherhood - as a "terrorist" group, according to a judicial source.

The Cairo Court of Urgent Matters was due to deliver the verdict on Monday but adjourned it until January 26, the source told The Anadolu Agency.

The lawsuit, filed by lawyer Samir Sabri, seeks to label Hamas as a "terrorist" group, claiming that the group "executed terrorist attacks in Egypt through the tunnels connecting the Sinai Peninsula to Gaza.

In March, An Egyptian court outlawed the activities of Hamas and ordered the confiscation of its offices in Egypt.

An Egyptian court Monday banned an annual Jewish pilgrimage in the Nile Delta province of Baheira honouring a Moroccan rabbi, saying it went against local traditions, a judicial official said.

A court in the Mediterranean city of Alexandria issued an indefinite ban on celebrations marking the birthday of Yacoub Abu Hasira, held annually in January since 1979, the year Egypt and Israel signed a peace treaty.

Despite an earlier ban on the pilgrimage during the regime of ousted leader Hosni Mubarak, hundreds of Jews from Morocco, France and Israel continued to visit Abu Hasira's shrine in Dutmo village.

On Monday, the court in Alexandria issued a final ruling banning the festival indefinitely, the judicial official said.

Dutmo residents had filed a case denouncing the security measures imposed for the festival, and also charged that its rituals were "inappropriate to Egyptian rural customs," the official said.

The court also revoked an earlier decision to list the rabbi's tomb as a heritage site.

Abu Hasira lived between 1805 and 1880. After the 1979 treaty, Egypt allowed Jews to visit his tomb every year in January. 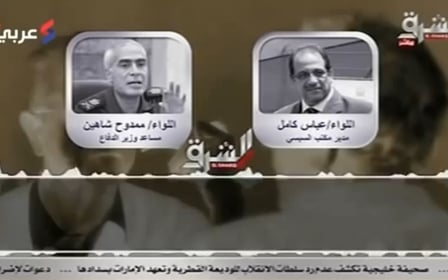 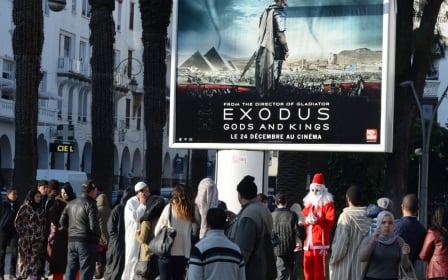