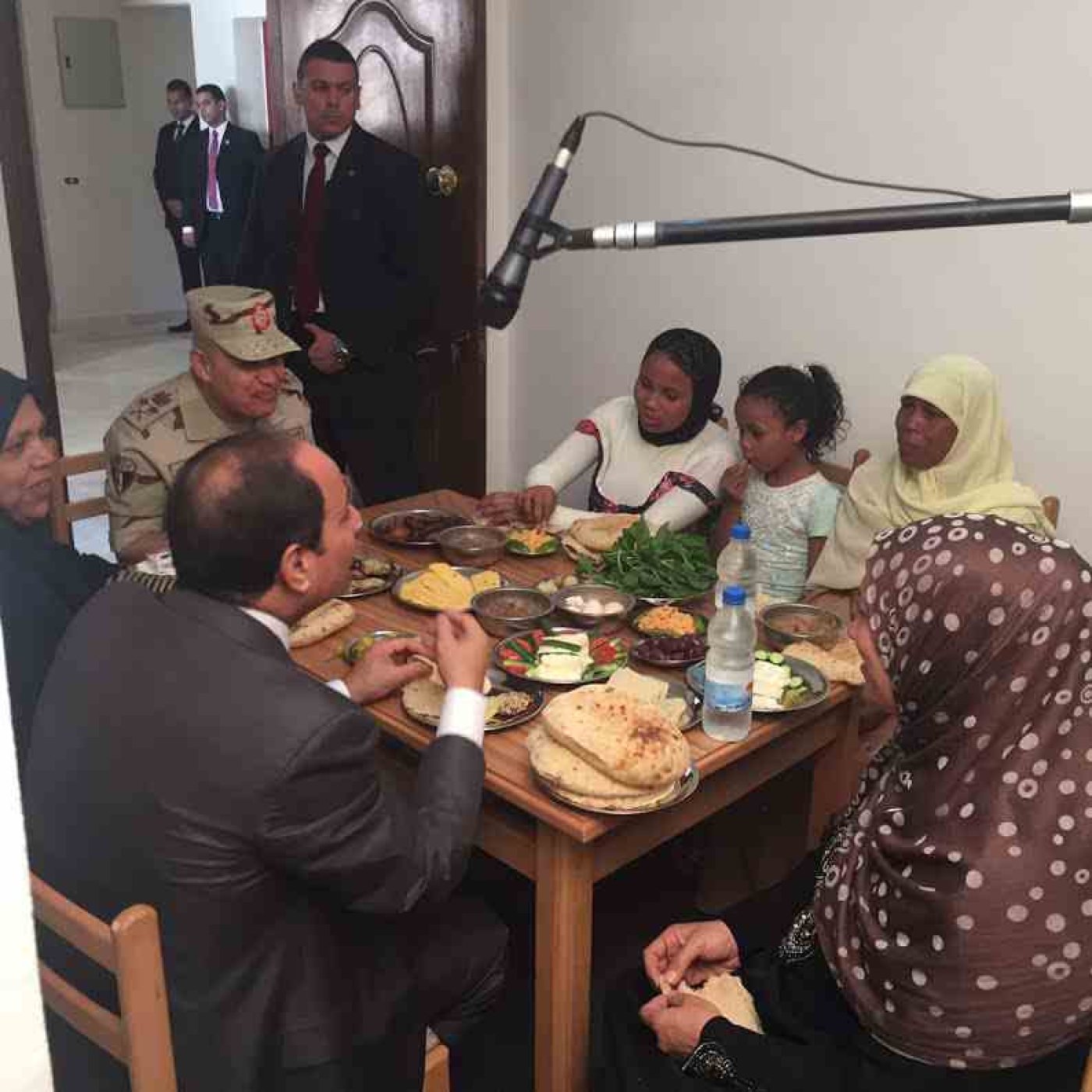 Pictures of Egyptian President Abdel Fattah al-Sisi having breakfast with a “simple family” in Alexandria have caused outrage on social media, with many mocking the lavish spread enjoyed in the photos while Egyptians suffer from economic turmoil.

The breakfast took place while al-Sisi was in the Gheit al-Anab district launching a new housing project that aims to replace slums with decent housing for low-income citizens.

Many considered it a publicity stunt to show that low-income Egyptians had that kind of breakfast every day and led comfortable lives, in addition to portraying al-Sisi as a man of the people.

Translation: "It’s no longer a breakfast for poor people, it’s an aristocratic breakfast."

Local TV presenters weighed in on the issue, putting the price of the breakfast at around 60 Egyptian pounds, while others put it as high as 100 Egyptian pounds (just over $11).

Translation: "How much is one kilo of cheese (and) one plate of eggs? You liars, such a cheap charade."

They also commented on the huge size of the traditional Egyptian bread on the table, as well as the selection of olives and cheeses. Many said this was not a breakfast most Egyptians can afford.

Translation: "Where did such a simple family get the olives and the mineral water from?"

One of the family members in the photo denied that the food was expensive. There were conflicting statements as to whether the family helped bring the food or whether it was provided by the presidency.

Not all the reaction was angry, however. Some Egyptians on social media hailed al-Sisi for his modesty.

Translation: "He ruled justly and had breakfast with the poor people. Retweet if you love Egypt."

The poor are struggling to afford imported commodities amidst a dollar crisis, the country's youth unemployment rate is 42 per cent, and inflation has reached a seven-year high of 14 per cent.

A quarter of Egyptians now live below the poverty line - less than $1.90 a day. 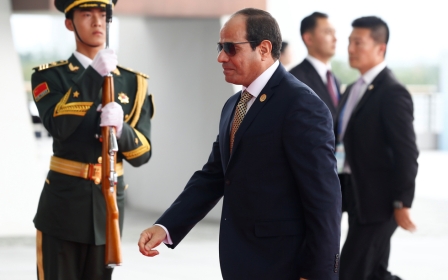