EU countries to take in 356 people on board rescue ship

After 15 days of stalemate, hundreds are set to disembark in Malta en route to their final destinations in other European Union member states 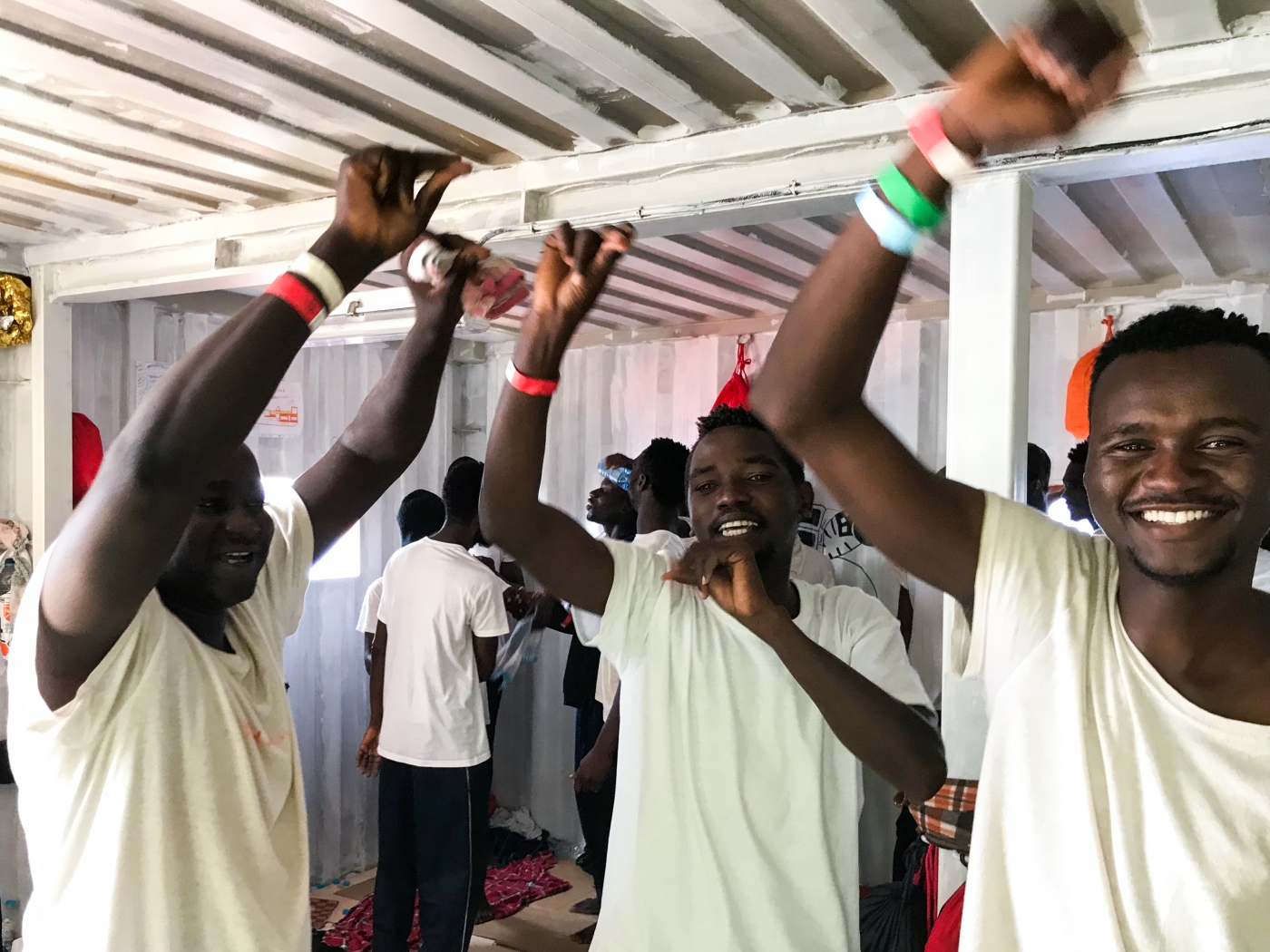 Migrants celebrate aboard the Ocean Viking rescue ship, jointly operated by French NGOs SOS Mediterranee and MSF, as six EU countries agreed to take them in after 14 days at sea (AFP)
By
MEE and agencies

All 356 people on board the Norwegian-flagged Ocean Viking rescue ship will finally disembark in Malta after a two-week stand-off, Malta's prime minister and the French charity Doctors Without Borders (MSF) said on Friday.

According to Prime Minister Joseph Muscat, six European Union countries have agreed to take in 356 people stranded on Ocean Viking, and Malta will help with their transfer.

He explained that the island nation would transfer them to its navy boats outside territorial waters and would take them onshore.

"All migrants will be relocated to other member states: France, Germany, Ireland, Luxembourg, Portugal and Romania. None will remain in Malta," Muscat said on Twitter.

The solution came one day after the French charities SOS Mediterranee and MSF, which jointly operate the vessel, said Malta had denied entry to the ship and that Italy had ignored requests to bring the rescued 356 people ashore.

The 69-metre ship had been stranded at sea for 14 days awaiting port access after rescuing four boats off the Libyan coast between 9-12 August.

BREAKING: After 14 days of unnecessary suffering all 356 people onboard #OceanViking will finally disembark to #Malta

While some #EU States finally stepped up with a humane response to this humanitarian disaster in the Med, a predictable disembarkation mechanism is needed now! pic.twitter.com/t2rTfKL4Wi

On Thursday, the Portuguese government said it was ready to take up to 35 people from the ship.

"In response to the appeal by the European Commission, Portugal is ready to take in up to 35 people out of the 356 rescued by the humanitarian ship Ocean Viking," the Portuguese government said in a statement.

France said on Friday it was ready to take in 150 people.

According to MSF, about two-thirds of the people on board come from Sudan, and others are from Ivory Coast, Mali and Senegal. Many of them were rescued from Libyan waters suffering from severe dehydration and malnutrition.

Libya, caught up in civil conflict since a 2011 uprising killed long-time ruler Muammar Gaddafi, remains a major and dangerous transit route for mostly sub-Saharan people trying to cross the Mediterranean to reach Europe.

EU states disagree on how to handle the migrants, and some are taking a more hardline position, turning away rescue ships as they seek to dock to drop off rescued people.