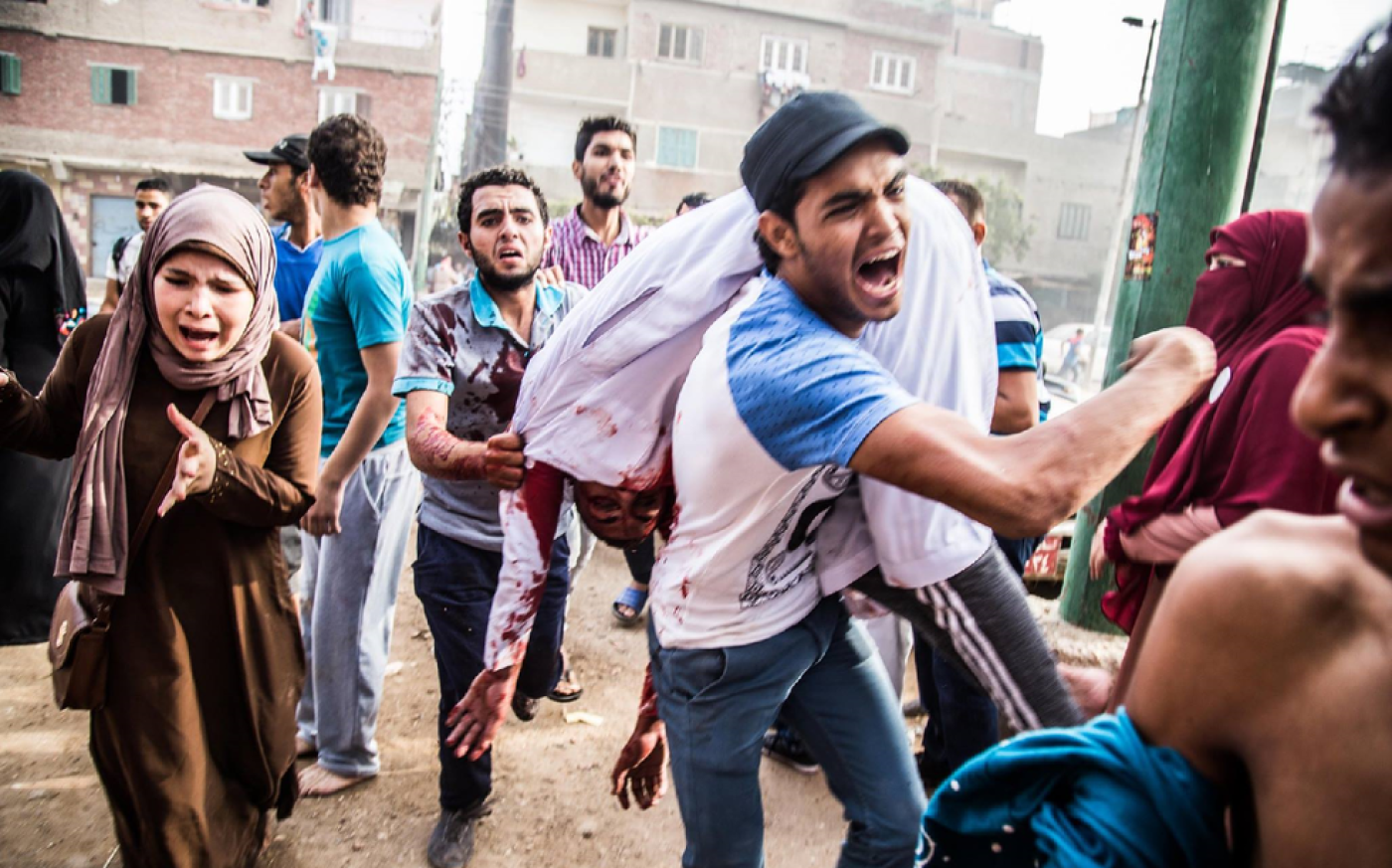 Six people were killed on Friday morning as Egyptian security forces broke up an anti-government march in Giza, just south of the capital Cairo.

Security sources confirmed to Sky News Arabia that the four dead and two injured were members of the outlawed Muslim Brotherhood.

The source said that they were killed and hurt after protesters attacked a police station in the al-Talebiya district.

“The security forces will thwart riots that the Muslim Brotherhood attempts to create in order to spoil Eid,” a source told Egyptian daily al-Masry al-Yawm.

However, Middle East Eye contributor Belal Darder said the protesters had been killed, and up to 25 injured, when security forces used live ammunition to disperse a crowd that attempted to march after prayers on the morning of Eid al-Fitr, the celebration that marks the end of Ramadan.

It was originally reported that four people had been killed and two injured, but the death toll later rose as some of those injured died.

Activists circulated images claiming to be from the scene, showing a young man attempting to run through a crowd while holding the bloodied body of a fellow protester.

Belal Wagdy, a photographer with Egyptian news site Masrawy who took that photo, wrote on social media that security forces had used birdshot and tear gas, as well as live ammunition, to disperse the march.

“I still can’t believe I got out safely,” he wrote after the incident.

Wagdy denied that a police station in the vicinity had been attacked during the protest.

"It did not happen - it would have been absolutely impossible," he told Middle East Eye.

Security had been tight throughout Giza on Thursday night and into Friday morning, as state forces attempted to prevent the planned anti-government march in al-Talebiya from growing too large.

Ahmed Gamal Ziada, an Egyptian photojournalist who was recently released after 497 days in prison following his arrest while photographing a protest, said that among the dead was 20-year-old Hossam al-Aqbawi, who was reportedly shot in the head.

A photo apparently taken minutes before his death shows Aqbawi smiling in a white robe, with his arms around friends also taking part in the march.

Aqbawi, a resident of the district where the march took place and a student of law at Cairo University, had previously been imprisoned, and was released a few weeks ago.

Video apparently from the scene of Aqbawi's shooting claims to show fellow protesters screaming as they try to evacuate him on a motorbike.

According to Ziada's testimony, the march, during which protesters held aloft images of political prisoners, was dispersed by security forces, which he said appeared "suddenly" shortly after the conclusion of Eid prayers.

In response to this morning's killings, the Muslim Brotherhood issued a statement condemning the attack and killing of protesters.

The statement called on all Egyptians to continue their fight against oppression and stand strong in the face of the "security forces' militia men".

It also stated that the killings would not pass without reprisal.

“Self defence is a legal right recognised by all laws and conventions. Anyone who thinks these crimes [against us] will be forgotten or forgiven is deluded,” said the statement.

The latest deaths are likely to further inflame tensions around the Eid holiday, coming on the same day as the arrest of 40 Muslim Brotherhood members in raids throughout the country. Ramadan
Egypt's iftars: A time for community but also division