Fourteen soldiers were killed on Tuesday in a suicide attack by suspected militants in southern Yemen, a senior military official said.

The bombing struck a checkpoint manned by UAE-trained special operations forces in Ataq, capital of the oil-rich province of Shabwa, a high-ranking source in the Yemeni army said.

A military source in Shabwa said at least 10 people had been killed, while local reports claim that the gunmen were suspected al-Qaeda militants.

Local reports say c.14 soldiers of the #UAE-supported Shabwa Elite Force killed by suspected #alQaeda gunmen in #Yemen east of 'Ataq. #AQAP has not yet claimed this op, but its support wire this morning published a #poem praising the "might & allegiance" of mujahidin in #Shabwa

Shabwa is controlled by Yemen's Saudi-backed government, which has been locked in a fight against the country's Shiite Huthi rebels since 2014, and is also now battling separatists in the southern port city of Aden.

Islamist networks, including Al-Qaeda in the Arabian Peninsula (AQAP) and the Islamic State group, have exploited the war to expand their presence in southern Yemen.

The UAE is a key member of a military alliance, led by Saudi Arabia, that for three years has provided crucial support for the government's fight for territorial control.

In August, Yemen's Emirati-trained special forces launched a US-backed operation against AQAP, also the target of a long-running US drone campaign.

The Yemen war has claimed more than 9,200 lives since Saudi Arabia and its military allies joined the conflict in March 2015, triggering what the United Nations has called the world's worst humanitarian crisis. 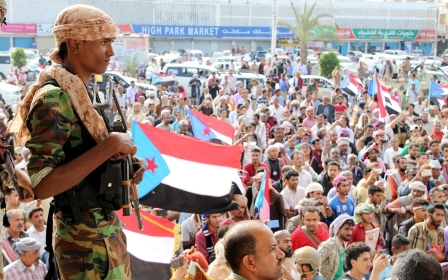 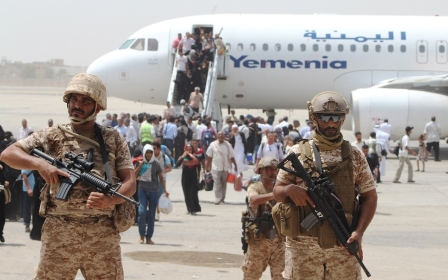