One of the two sisters, who was only charged 18 months after her arrest, said she saw four women giving birth in custody 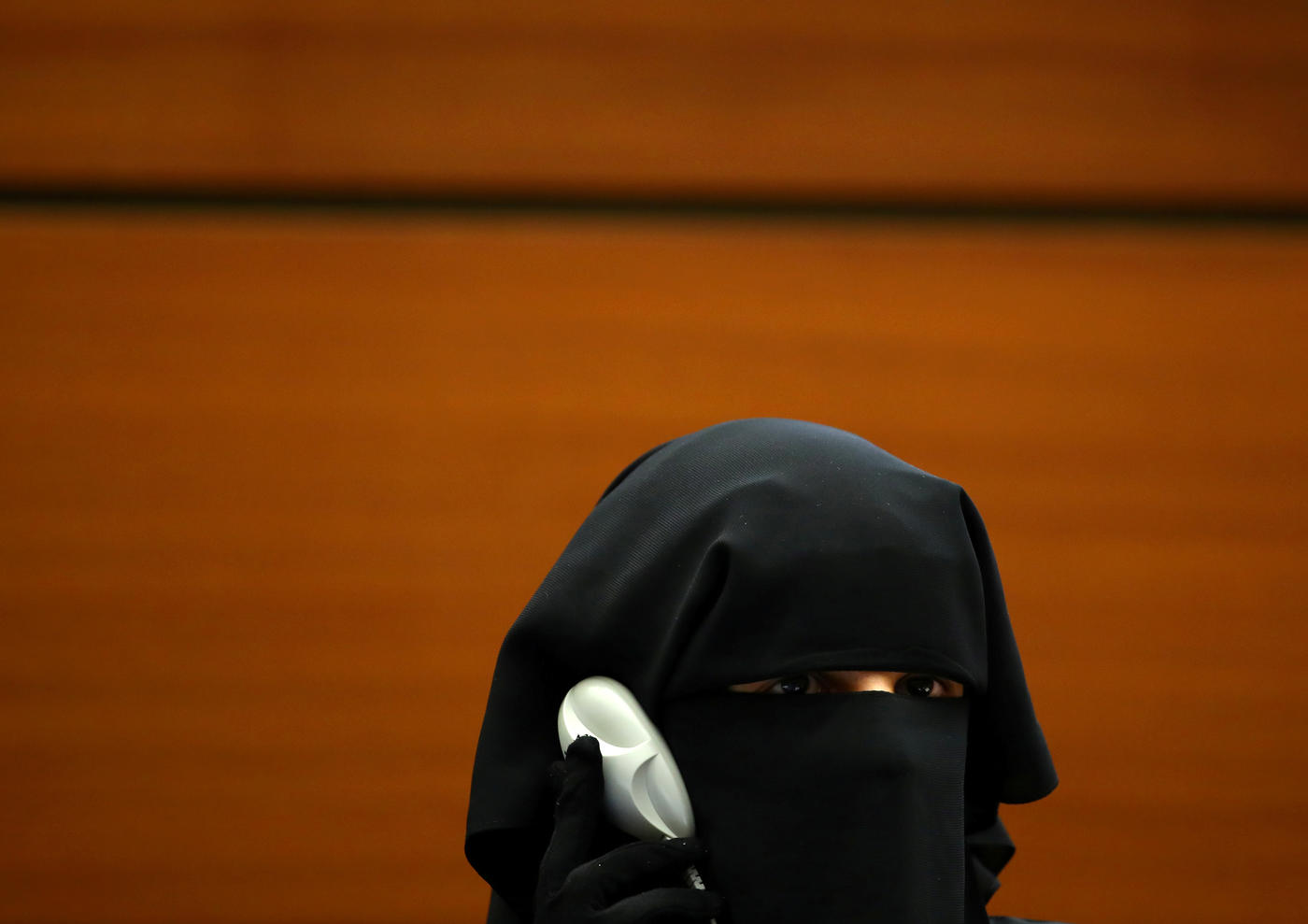 Yumna Desai, pictured on the sidelines of the UN Human Rights Council on Tuesday, said the fate of less famous women being held in jail must be publicised (AFP)
By
MEE and agencies

Two South African sisters who were imprisoned in Saudi Arabia, initially without charge, described their ordeal on Tuesday and said they had brought a complaint to the United Nations.

Their complaint comes as

Yumna Desai, a former English teacher at the University of Ha'il in northern Saudi Arabia who was giving testimony on the sidelines of a UN Human Rights Council meeting in Geneva, said she had been held at Dhaban prison in Jeddah from 2015 to 2018.

A year and a half after her arrest, she was told she had been charged with unspecified "cyber crimes".

'Our arrest, like of many in the country, was violent and to this day remains a mystery'

Her sister Huda Mohammad, who had been married to a Saudi national and has a daughter with Saudi citizenship, was imprisoned for a year and never informed of any charge.

Their two brothers were also held and later released, they said. All four had been working in Saudi Arabia and have now returned to live in South Africa.

"We were never given an explanation as to why we were arrested," Desai said.

"Detainees are left for unknown periods in solitary confinement. They are threatened with arrests and detentions of family members if they did not confess."

Children held with their mothers

Desai said she had seen children held with their mothers, and four women giving birth in custody.

"I stand here today to give a voice to the voiceless, those detainees who have been physically and psychologically tortured, sitting there for years without trial, denied visits, phone calls, medical aid," she said.

The Saudi government communications office did not immediately respond to a request for comment, the Reuters news agency reported.

Desai said she had seen some of the dozen or so leading female women's rights campaigners rounded up a year ago being held in the same prison wing.

The activists were arrested along with some male supporters around the time that Riyadh ended a ban on women driving amid efforts to relax social rules and boost the economy.

Some are due in court on Thursday, according to the London-based Saudi rights group ALQST and sources familiar with the cases, on charges related to human rights work and contacts with foreign journalists and diplomats.

Some of those detained say they have been tortured.

But Desai said the fate of less famous women being held in jail also needed to be publicised.

"It is not just people like Loujain al-Hathloul, Aziza al-Yousef or Samar Badawi, all of them who were in the same prison wing as me, that we should feel outraged about," she said.

"It was entirely arbitrary and illegal, not just my case but for the rest of the girls."

Her sister added: "Our arrest, like of many in the country, was violent and to this day remains a mystery.

"Today we have submitted an official complaint on Saudi treatment to the UN Working Group on Arbitrary Detention."