Israel completes the withdrawal of its ground troops at the start of a 72-day ceasefire, the second attempted truce to end fighting in four days Residents in southern Israel are organising protests against Tuesday's Israeli military withdrawal from Gaza, saying they feel abandoned, according to local news sources.

"The IDF is retreating, the long ceasefire is in place and we were left once against feeling abandoned - no understandings, no agreements, no guarantees to peace and security," reads a message that Ynet news says is reportedly spreading on WhatsApp.

"Soon all of the troops and battalions deployed to protect us will disappear and we'll remain without security," Merav Cohen, a resident of Ein Hashlosha, told Ynet. "There's a feeling like the job isn't done."

Israel withdrew its ground forces from Gaza on Tuesday as a 72-hour humanitarian ceasefire went into effect following intense global pressure to end the conflict. The forces will be redeployed outside of the Gaza Strip, Israeli military spokesman Peter Lerner told reporters in a telephone briefing Tuesday morning.

The respite from fighting allowed many Gazans to return to their neighbourhoods on Tuesday and see whether their homes survived the month-long battle. Just an hour after the ceasefire, Gazan fisherman also reportedly headed to the Gaza City port to take their boats out to sea.

Most Israeli troops had already been pulled back from the most populated areas in the Strip with Israeli officials indicating only on Monday that, despite destroying all of the known tunnels Palestinian fighters use, the army would maintain positions inside Gaza.

The complete pull out on Tuesday therefore appears to be a concession to the Egyptian-mediated ceasefire.

The latest three-day truce, agreed early Tuesday, was announced by a senior official in Egypt where members of Hamas and Islamic Jihad agreed to their demands on Sunday. The demands, which Egypt had been expected to relay to the Israelis, include "a ceasefire; Israeli troop withdrawal from Gaza; the end of the siege of Gaza and opening its border crossings".
An Israeli delegation is expected to arrive in the next few days in Cairo to negotiate a more permanent agreement, Israeli daily Haaretz reported. Israel had refused late last week to send negotiators, accusing Hamas of breaching a 72-hour humanitarian truce hours after it began on Friday.
Brokered by Washington and the UN, that truce shattered in an explosion of violence within just 90 minutes.

On Monday, Human Rights Watch  accused Israel of killing civilians as they attempted to flee a stricken neighbourhood of Gaza, in what it said would amount to a war crime.

In a report that cited Palestinians who managed to get out of Khuza'a, HRW said the attacks on the town near the southern city of Khan Yunis occurred at the end of July.

"Israeli forces in the southern Gaza town of Khuza'a fired on and killed civilians in apparent violation of the laws of war in several incidents between July 23 and 25," said the New York-based watchdog.

"Deliberate attacks on civilians who are not participating in the fighting are war crimes."

Civilians faced "grave dangers" in Khuza'a, including repeated shelling, lack of access to medical care, and coming under attack from the Israelis as they attempt to flee to Khan Yunis.

The report pointed out that while Israeli forces had warned people to leave Khuza'a prior to July 21, "the failure of civilians to abide by warnings does not make them lawful targets of attack."

"Warning families to flee fighting doesn't make them fair targets just because they're unable to do so, and deliberately attacking them is a war crime," said HRW's Sarah Leah Whitson.

Britain's government has approved licences for the sale of military goods to Israel worth at least £42 million ($71 million, 53 million euros) since 2010, according to government figures obtained by the Campaign Against Arms Trade (CAAT).

These are mostly to supply weapons control and targeting systems and components for ammunition, drones and armoured vehicles.

"We are currently reviewing all export licences to Israel to confirm that we think they are appropriate," said a Downing Street spokeswoman.

The decision to review the contracts was taken last week, she added.

CAAT spokesman Andrew Smith welcomed the review but called for an immediate embargo on the selling of military equipment to Israel, insisting the government "should never have agreed the licences in the first place".

"It not only facilitates, but signals approval to the actions of the Israeli government," he added.

Cameron said earlier Monday that the United Nations was "right" to condemn the shelling of a UN school in Gaza which killed 10 people but declined to say whether he thought it breached international law.

The opposition Labour Party in recent days has criticised Cameron for not taking a tougher line against Israel.

With criticism mounting of UN inaction in the Gaza conflict, envoys from all 193 countries of the United Nations will meet Wednesday to hear top officials report on the crisis.

The meeting of the UN General Assembly was requested by Arab countries who are pushing for a toughly-worded resolution to be adopted by the Security Council.

The head of the UN agency for Palestinian refugees, Pierre Krahenbuhl, UN Secretary General Ban Ki-moon's Middle East envoy Robert Serry and the head of humanitarian relief in Gaza, Kyung-wha Kang, are also to speak to the assembly, the Ugandan presidency of the General Assembly said.

Jordan has circulated a draft resolution to the UN Security Council calling for an immediate ceasefire and an Israeli withdrawal from the Gaza Strip, but the document has yet to come up for formal discussion.

The 15-member Council adopted a statement on July 27 calling for a ceasefire and expressing support for Egypt's mediation efforts after the United States dropped its reservations that such a text would single out Israel.

"We are outraged by the killing of civilians by Israel, some in United Nations shelters," Zuma told a news conference in Washington where he was attending a US-Africa summit.

"We call upon all sides to lay down arms and work towards a negotiated solution that will lead to an internationally recognized and supported two-state solution," he said.

South Africa has frequently been critical of the treatment of Palestinians by Israel, which had cooperative relations with the former apartheid regime.

Israel voices outrage over such comparisons.

The Israeli operation began on July 8 with an air campaign and expanded into a ground operation on July 17.

More than 1,800 Palestinians and 64 Israeli soldiers have died in Gaza, and three civilians in Israel, raising tensions across the region and drawing condemnation from around the world. 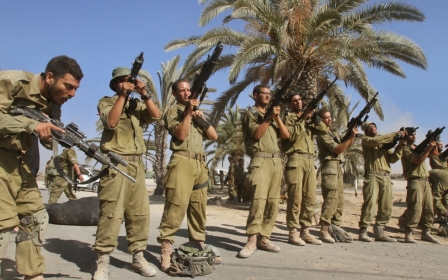 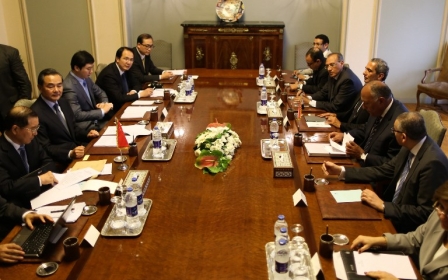