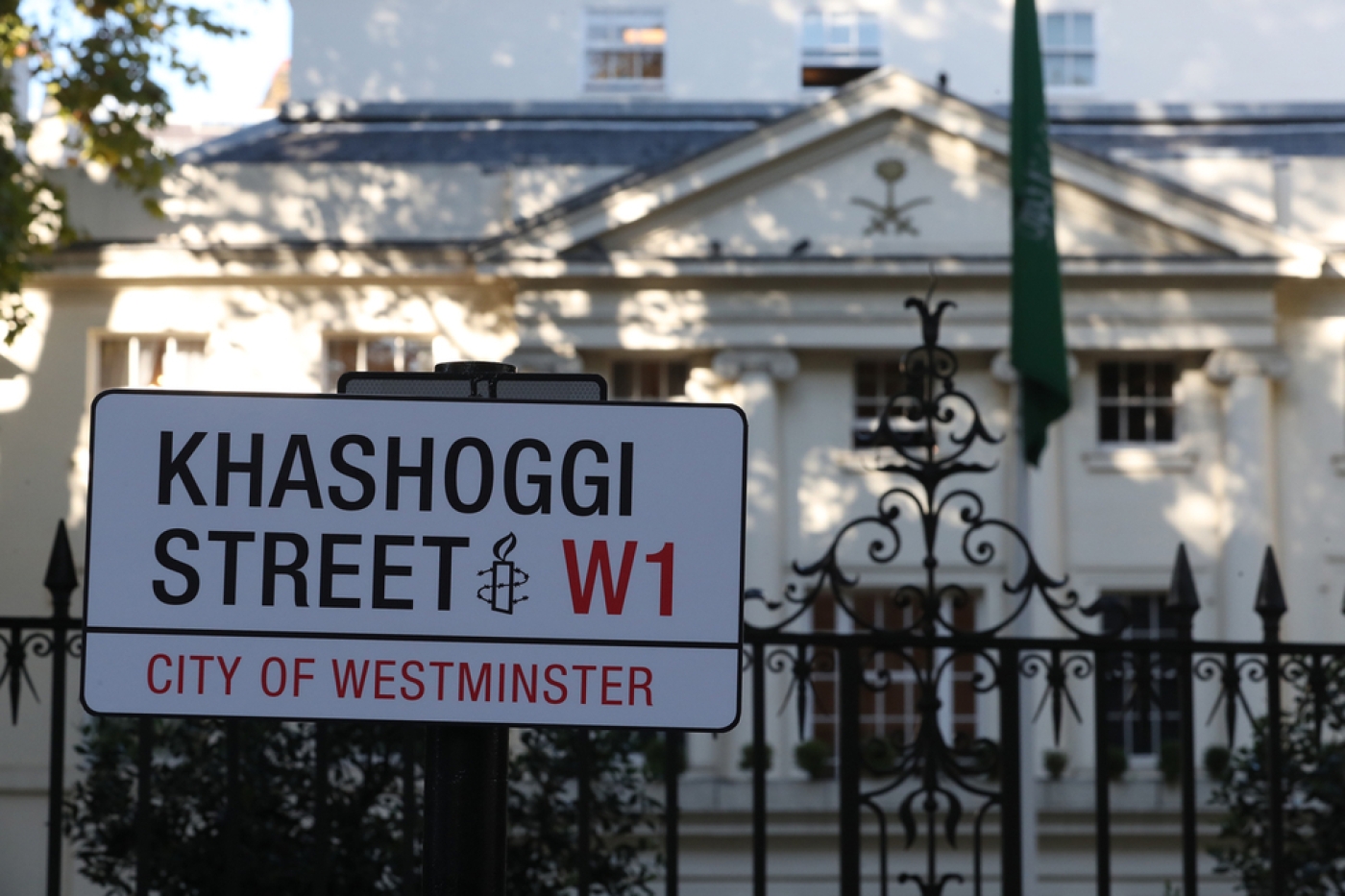 Local officials in a Washington, DC, neighbourhood have unanimously voted to rename a street outside Saudi Arabia's embassy in honour of slain Saudi journalist Jamal Khashoggi.

The measure now goes to Washington's city council, which will decide on the advisory commission's measure to rename a stretch of road going past the expansive embassy building in the upscale Foggy Bottom neighbourhood as "Jamal Khashoggi Way".

A city council vote is expected to take place several months from now and is subject to Congressional approval.

Khashoggi, a US resident, was murdered in the Saudi consulate in Istanbul in early October.

Saudi officials have repeatedly denied that Crown Prince Mohammed bin Salman had any knowledge of the plan to murder Khashoggi or cover up the crime, but human rights groups, journalists, UN experts and others have pointed the finger at bin Salman, also known as MBS, saying it is impossible he was not involved.

Turkish media reported last week that the CIA is in possession of a recording of a phone call in which MBS gave instructions to "silence Jamal Khashoggi as soon as possible".

Top officials from the administration of President Donald Trump have said they have seen no direct evidence linking the murder to MBS, but the CIA reportedly has concluded he was involved.

According to CNN, the idea to change the street's name emerged about a month ago, following an online petition.

"We suggest renaming the street address of the Saudi Embassy into Jamal Khashoggi Way to be a daily reminder to Saudi officials" that such killings are "totally unacceptable and as an expression of Washington's unstinting support for freedom of the press," the petition said.

A similar action was taken outside the Russian embassy, where a street was this year renamed in honour of prominent Vladimir Putin critic Boris Nemtsov, who was assassinated in Moscow in 2015.

In early November, Amnesty International symbolically renamed the street outside the Saudi embassy in London "Khashoggi Street," to mark one month since the journalist was slain.