Protesters chant 'Killing of student means killing of nation!' after violence breaks out between security forces and students at Ahaliya university 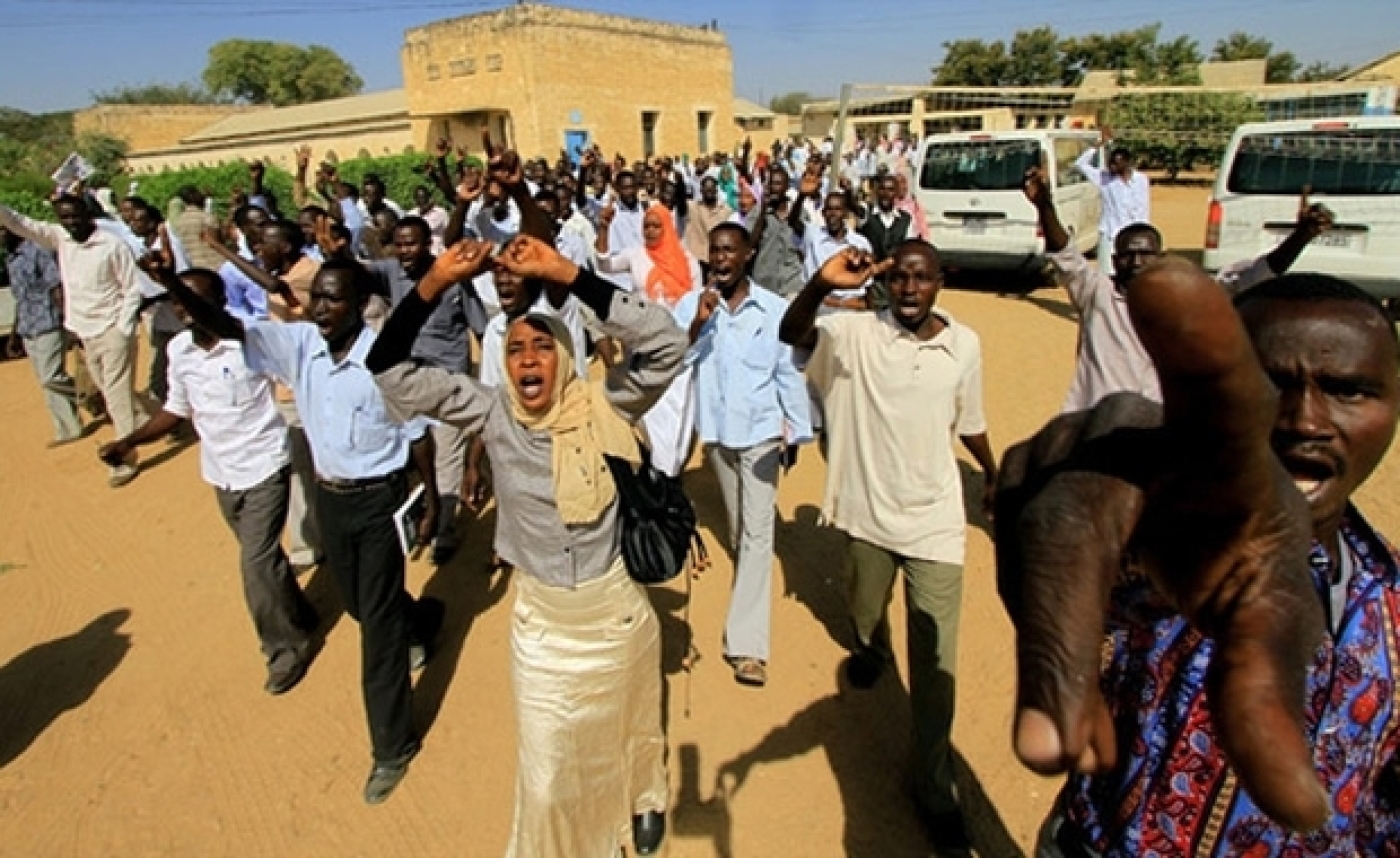 A student was killed on Wednesday during clashes between Sudanese security forces and protesters at a university in the capital's twin city of Omdurman, a hospital doctor and witnesses said.

Violence erupted when security forces confronted angry students who spilled out of the campus of Ahaliya university in Omdurman, which lies on the western banks of the Nile opposite Khartoum.

The protesters were demanding the release of fellow students arrested in previous demonstrations at Sudanese universities.

"Students clashed with plain-clothed policemen when they stepped out of the university gate," a protester said.

A doctor at Omdurman hospital told the AFP news agency the student was already dead when he was brought to the facility, without specifying the nature of his wounds.

Hundreds of students later carried his body covered in a white shroud to his home in an impoverished neighbourhood of the city.

"Killing of student means killing of nation!" angry students chanted as they marched in a procession.

Riot police and plain-clothed officers were deployed around the hospital and also walked along with the procession.

Universities in Sudan have seen regular protests, with the authorities often closing the institutions to prevent unrest

Activist group Girifna, which led anti-government demonstrations during widespread unrest in 2011, said there had also been fierce protests on Monday and Tuesday at universities in Port Sudan on the Red Sea and Nyala in Darfur.

Unrest at universities across the country comes as students react angrily to the death of another student protester, Abu Bakr Mohammed Taha, during demonstrations at Kordofan University in the far south of the country.

Taha had been taking part in protests last week surrounding controversial elections to the student union, which have become deeply polarised between supporters of the ruling National Congress Party and their opponents.