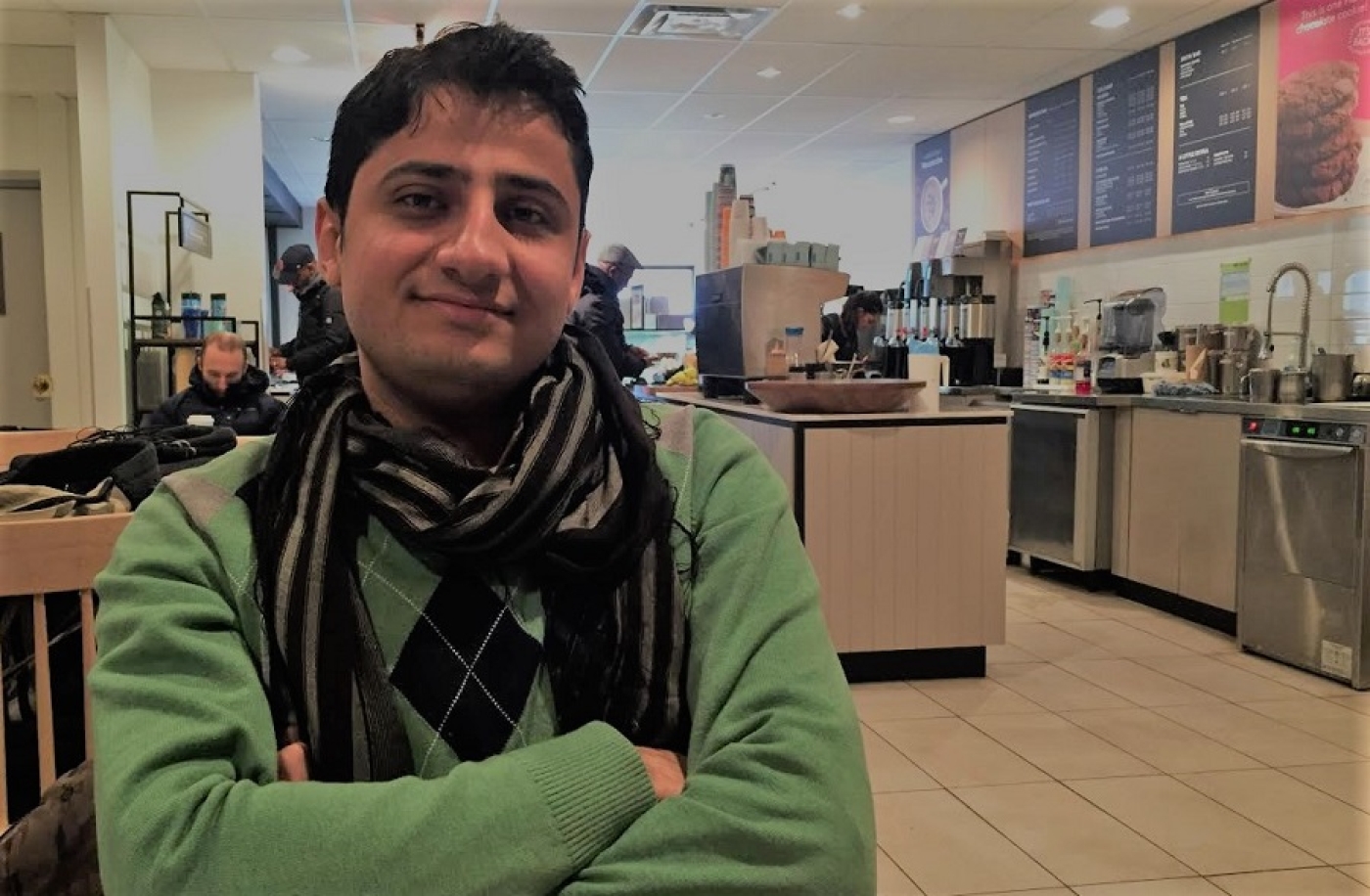 TORONTO, Canada – Madeh Piryonesi says his love for literature came at an early age while growing up in Iran.

“I don’t know if it is some sort of exaggeration if I say that everyone is born as a poet over there,” he said with a laugh, sitting in a busy café near the University of Toronto, where he's pursuing a PhD in civil engineering.

But while his mother tongue is Sorani, the Kurdish dialect commonly spoken in Iran and Iraq, the 25-year-old said he struggled to find books in his first language, and he opted instead to read poetry in Farsi.

“When we were kids, the Kurdish books were not really that common. They were pretty rare. I remember the first few Kurdish books that I read. I was like, ‘Wow. This is still literature, but this is different,’” he told Middle East Eye.

Today, Piryonesi, who is from the town of Mariwan, near the Iran-Iraq border, is working to share his love for literature by translating classic books and poetry into Kurdish.

The first book he translated into Kurdish was Songs of Kabir, a collection of poems written by 15th century Indian mystic Kabir, which was translated into English by Nobel Prize laureate Rabindranath Tagore.

Most recently, he translated the work of American poet Emily Dickinson into Kurdish.

Piryonesi said he hopes to both make celebrated literary works more accessible to Kurdish speakers - especially those living in the Middle East - and to help preserve the Kurdish language.

Kurdish writers throughout history, he said, have “felt a responsibility to write in Kurdish” because it “is beautiful and it’s a language and it deserves to survive”.

“I think I am still doing the same thing, to protect the language,” he said.

The Kurdish population numbers about 35 million worldwide, with a majority living in Turkey, Iran, Syria and Iraq. Northern Iraq is also home to a semi-autonomous, Kurdish region that is governed by the Kurdistan Regional Government (KRG).

"Translation can make a language very rich and make it more modernized and capable of dealing with modern issues."

Kurmanji is written in Latin script in Turkey, which adopted the Latin alphabet in the 1920s when the modern republic was formed. Sorani, meanwhile, is typically written in a modified version of the Arabic alphabet.

While most Kurdish literature before the 20th century was oral, some collections of Kurdish poetry date back to the 16th century, said Jaffer Sheyholislami, an associate professor at the University of Ottawa specialising in Kurdish language and linguistics.

Most of these poems were written in an ancient variety of Kurdish known as Gorani, while others were in Kurmanji, Sheyholislami said.

By the end of the 19th century, however, “literary writing in Kurdish really took off and that coincides not surprisingly with the rise of Kurdish nationalism,” he told Middle East Eye.

While Kurmanji-based literature struggled to develop in Turkey, which banned Kurds from speaking, writing in, and teaching their own language for decades, it flourished in Iraq in the 1930s.

“That’s when Kurdish schooling started to be established, so Kurdish became the medium of instruction” in the areas around Erbil and Sulaymaniyah, in northern Iraq, Sheyholislami said.

“That’s when the population began to read and write its own language.”

Sheyholislami said the first Western work translated into Kurdish was the Bible. The holy book was translated by Christian missionaries working in the region who had learned Kurdish.

Other early translations were published in Kurdish periodicals in the early 20th century that ranged from journalistic articles, political and historical commentaries to literary analysis and short stories.

Today, classic works by William Shakespeare and William Faulkner have been translated into Kurdish, as have popular New York Times bestsellers, including autobiographies of US leaders and other political figures.

But translations have been produced sporadically amid the lack of institutional and governmental support across the Kurdish region, Sheyholislami said.

The lack of a unified Kurdish literary language has also made sharing works across the geographically widespread and linguistically diverse Kurdish population a major challenge.

“Overall the language and the culture and the translators need support as much as possible because without it, the language basically cannot survive,” he added.

“Translation can make a language very rich and ... more modernized and capable of dealing with modern issues from health to technology to politics … and everything else that we are grappling with.”

Piryonesi, the student and translator, admitted that distribution of his Kurdish-language translations has been difficult. It took about three months to finalize the Farsi translation of Emily Dickinson poetry, but more than a year to make the Kurdish version available, for example.

He said the community’s geographic fragmentation plays a role in this, as does the fact that Kurds speak many different dialects.

Still, Piryonesi said he chooses to translate literary works that delve into important themes and that can help raise important issues and discussions within Kurdish society.

“The message that Kabir has is the message of tolerance and I think that message is quite important in the Kurdish society, because the Kurds have different religions, different dialects,” he said.

Dickinson, meanwhile, writes powerfully about issues related to women’s rights and to universal themes like nature, life, death, which human beings have wondered about for ages.

“I think the Kurdish society and the Persian society and all of those folks speaking [Middle East and North African] languages are more used to the tone of poetry, the language of literature. If you talk to them in literature, probably they will get the message,” he said.

“I think these pieces of literature will influence the society, whether you like it or not… I’m sure they are raising the same questions inside the individuals.” 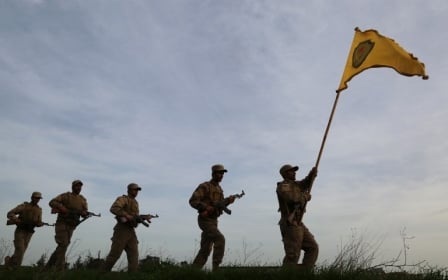 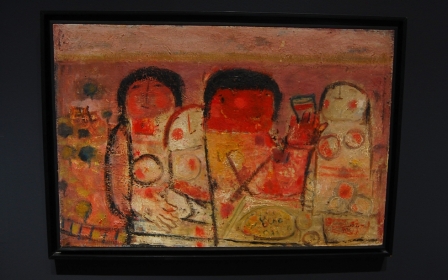