Leader of Rapid Support Forces says he is with people, but former Bashir loyalist has an unpopular reputation 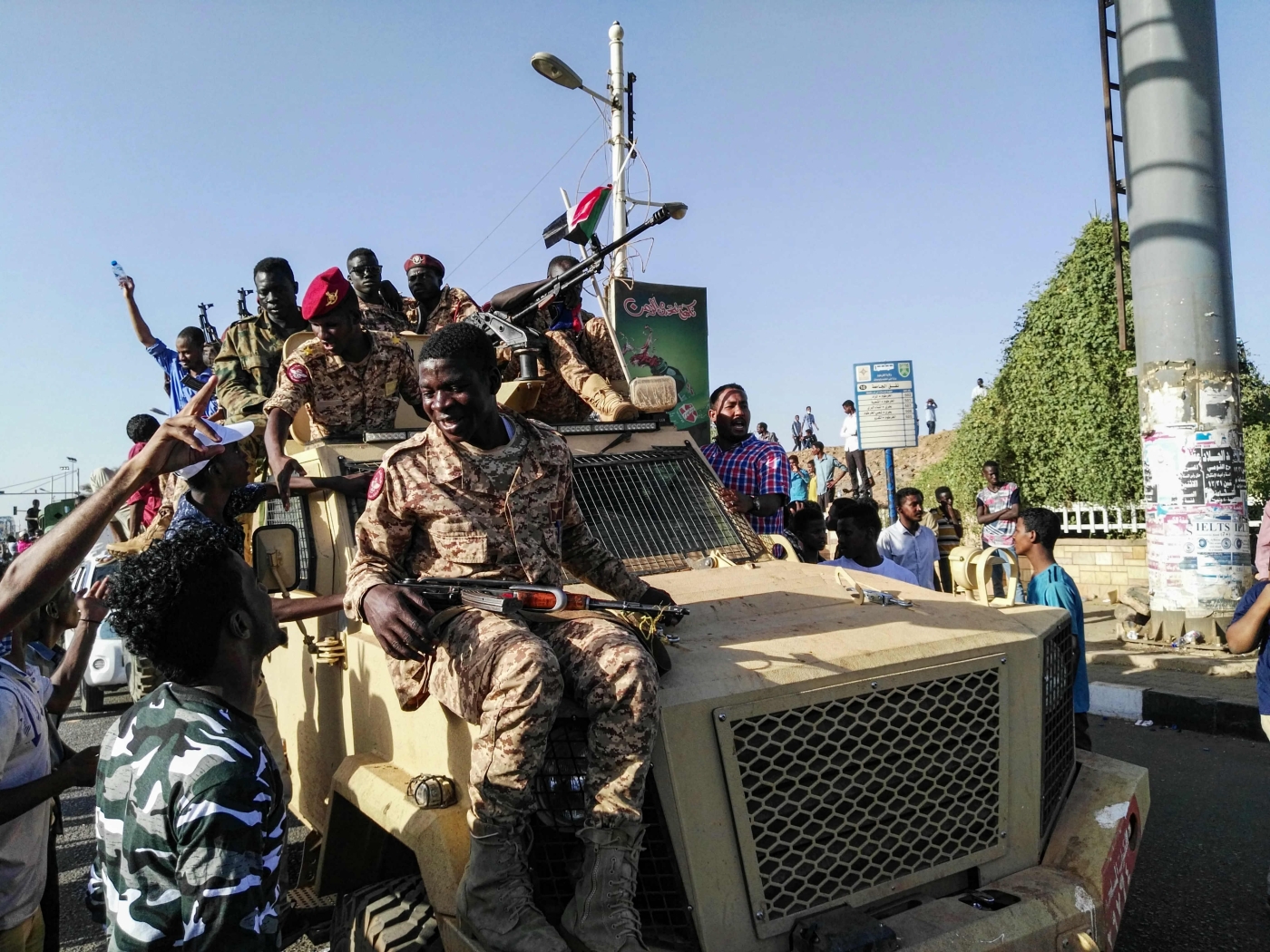 The military council that ousted Omar al-Bashir, Sudan's president for the past 30 years, and then took control itself is facing a potential crisis only a day after it was formed after the country's influential paramilitary force abandoned it on Friday.

The announcement on Thursday of military control for a two-year "transitional period" was immediately rejected by protesters who have for almost four months been demanding Bashir be removed from office and are now calling for the military to hand over power to civilians. As protesters continued a sit-in outside the army headquarters in the capital Khartoum, the Rapid Support Forces (RSF), a paramilitary organisation that had long been considered loyal to Bashir and the government, "apologised" in a statement for having participated in the military council at the beginning.

"We will remain part of the armed forces and work for the unity of the country and respect of human rights and the protection of the Sudanese people," the statement said.

The council's political spokesman, Omar Zeinalabdin, on Friday said that ibn Auf and Salah Ghosh, the head of the National Intelligence and Security Services, are "leaders of the change".

All three men are controversial in the eyes of Sudanese because of their prominent positions in Bashir's military apparatus and their alleged abuses, especially during the Darfur conflict that killed up to 400,000.

Ibn Auf was sanctioned by the US for supporting the Janjaweed militia responsible for much of the violence against civilians, including directing attacks.

Hemedti was a leader of the Janjaweed, and the RSF is commonly considered a formalised version of the Janjaweed that was repurposed to support Bashir and to serve as a border patrol force. Thousands of RSF soldiers are reportedly fighting in Yemen under the Saudi-led coalition fighting Houthi rebels.

Hemidti and his Janjaweed militias did not care for the cries of the citizens, but burned the huts and the tents, including the citizens themselves
Their signature was leaving the fire to eat the bodies of the civilians.

Gosh has also been implicated in crimes in Darfur but is also reviled by protesters because his NISS forces have been responsible for much of the force used on protesters since the anti-Bashir movement began in December, as well as many of the arrests.

Soldiers based at the sit-in clashed several times with NISS forces that had been deployed to forcibly disperse it over the past week. Eyewitnesses told MEE on Tuesday that those attacking protesters appeared to be driving RSF vehicles.

April 11, 2019: Video shows peaceful protesters in Nyala, South Darfur being shot at with live ammunition in front of NISS offices in the city.

Chants by the protesters since the military council's announcement have often focused on how close its members were to Bashir in the very recent past.

Zeinalabdin tried to distance the military leadership from those accusations by claiming they were all from the military, rather than Bashir's National Congress Party, and had supported the protests.

He insisted the military council supported the protesters and, though it had called for a transitional period of two years, it could pass power to a civilian government in as soon as a month.

He also said the council plans to start talking to civilian parties about the transition from Friday.

The Sudanese Professionals Association, which has led the organisation of protests, rejected the council's statement "based on the experience of the Sudanese people in dealing with all the deception".

"Our demands are clear, just and legal but the putschists [the committee of the security regime] by their nature, old and new, are not open to making change," the statement said.

People protested around the country, gathering for Friday prayers at the protest site, to demand the military hand over power.

Reuters news agency quoted an eyewitness saying hundreds of thousands had gathered outside the defence ministry on Friday night to protest.