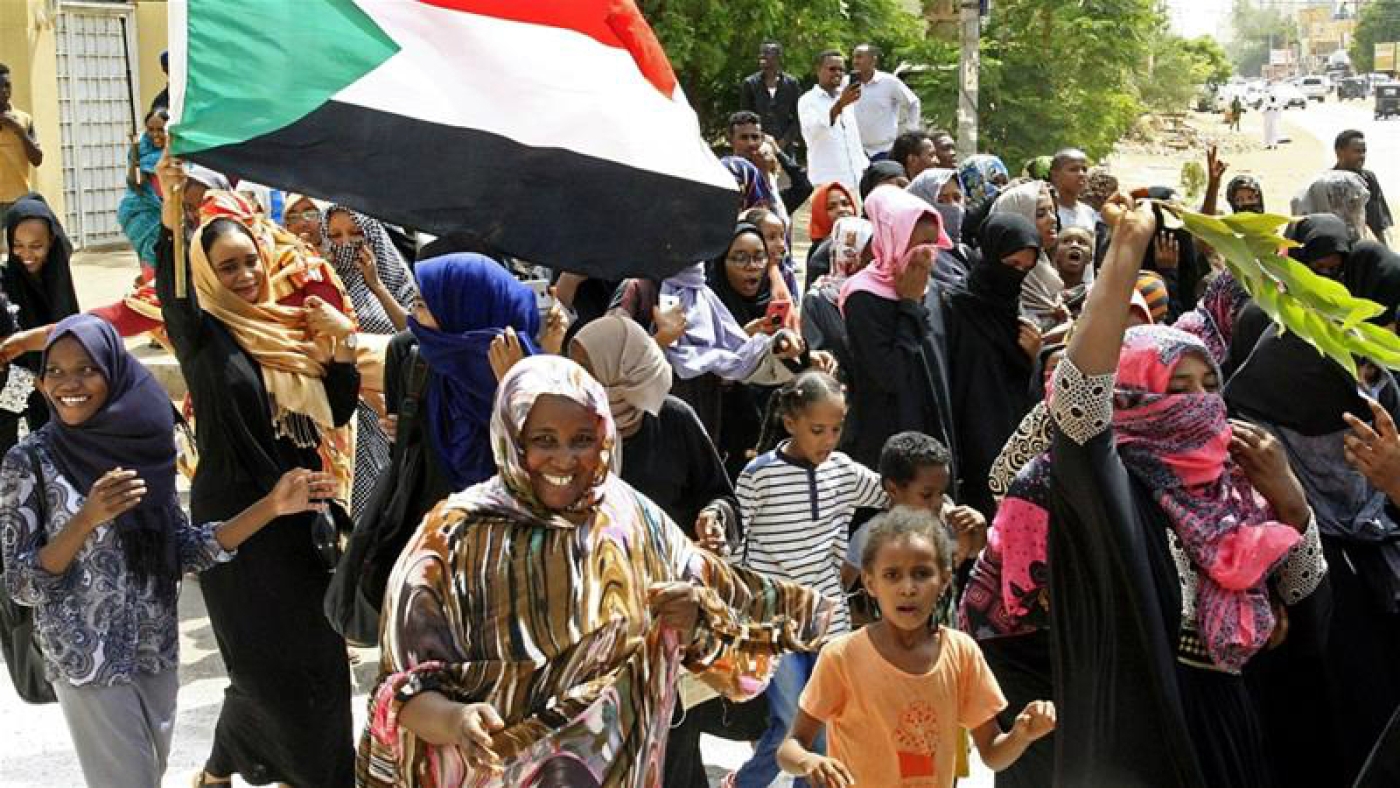 Sudan's justice minister announced the two measures, which responded to key demands of the protest movement that helped overthrow Bashir.

Supporters of the National Congress Party (NCP) have called the decision unconstitutional and vowed to resist it - but others celebrated the measures in public spaces, reviving chants from the months-long protest movement.

"It has just fallen," shouted student Mahmoud Salah, 23, referring to Bashir's government in a twist on the chant "just fall", an iconic slogan of the protest movement.

"We believe that this is the first step towards enjoying the fruits of our sacrifices during the past months since December 2018,” Salah told Middle East Eye.

The implementation of these decisions will be a crucial test of how far transitional authorities are willing or able to go to overturn the effects of Bashir's rule. The deposed head of state took power in a 1989 coup, and for three decades his movement penetrated deep into Sudan's institutions.

The law to dissolve the NCP also allows for the party's assets to be seized, Justice Minister Nasredeen Abdelbari said.

State TV described it as a measure to "dismantle" the former system.

A victory for women

Women who had been at the forefront of the protest movement had particular cause to celebrate over the repeal of the public order, which they said marked an end to some of the injustices of the Bashir era.

"Sudanese women suffered a lot and were sacrificed a lot in the past and this is why they were on the front line during the revolution," feminist activist Muna Zahir told MEE.

“I can’t really contain my happiness over these decisions, which will liberate the Sudanese community, particularly women who faced unprecedented kinds of humiliation during Bashir’s era,” she said. Split between the Sudans, families hope for reunions after fall of Bashir
Read More »

This could include preventing women from wearing trousers or leaving their hair uncovered in public, or mixing with men other than their husbands or an immediate relative.

Those found to have contravened the law could be punished with flogging.

Prime Minister Abdalla Hamdok called the rules "an instrument of exploitation, humiliation, violation, aggression on the rights of citizens".

“Now we are presenting our great revolution to the world and to the region," said engineer Shaza Ali, 30.

"We are satisfied now that our revolution is going in the right direction and will achieve
our slogans of the freedom, peace and justice” she told MEE.

The NCP on Friday accused authorities of trying to confiscate its properties and assets to tackle Sudan's economic crisis, which it said the new government had failed to tackle.

"To rely on the assets of the party, if there are any, is nothing more than a moral scandal, an act of intellectual bankruptcy and a total failure on the part of the illegal government," the NCP said on its Facebook page. "The party is not bothered by any law or decision issued against it as the NCP is a strong party and its ideas will prevail."

Leading NCP member Muhanad Alsheikh told MEE the party will mobilise to protest against the decision.

The Sudanese Professionals Association (SPA), which spearheaded the protests against Bashir, welcomed the law.

"It is an important step on the path to building a democratic civilian state," the group said in a statement.

The law was passed during a marathon, 14-hour meeting of Sudan's sovereign council and cabinet, Reuters news agency reported.

The meeting saw disputes over an article that bans people who took leading posts in the former regime from practising politics, sources with knowledge of the proceedings told Reuters.

Hamdok said on Twitter that the measure was not an act of revenge, but was rather aimed at preserving the "dignity of the Sudanese people".

Information Minister Faisal Mohamed Saleh said the delay in approving the law was caused by work to "improve" it. "By this law, we want to establish a new era," he said. 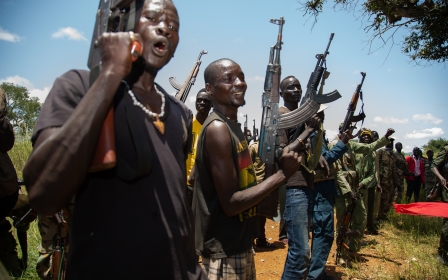