Laws on apostasy, alcohol, dress, male privilege and more are thrown out in raft of reforms by transitional government 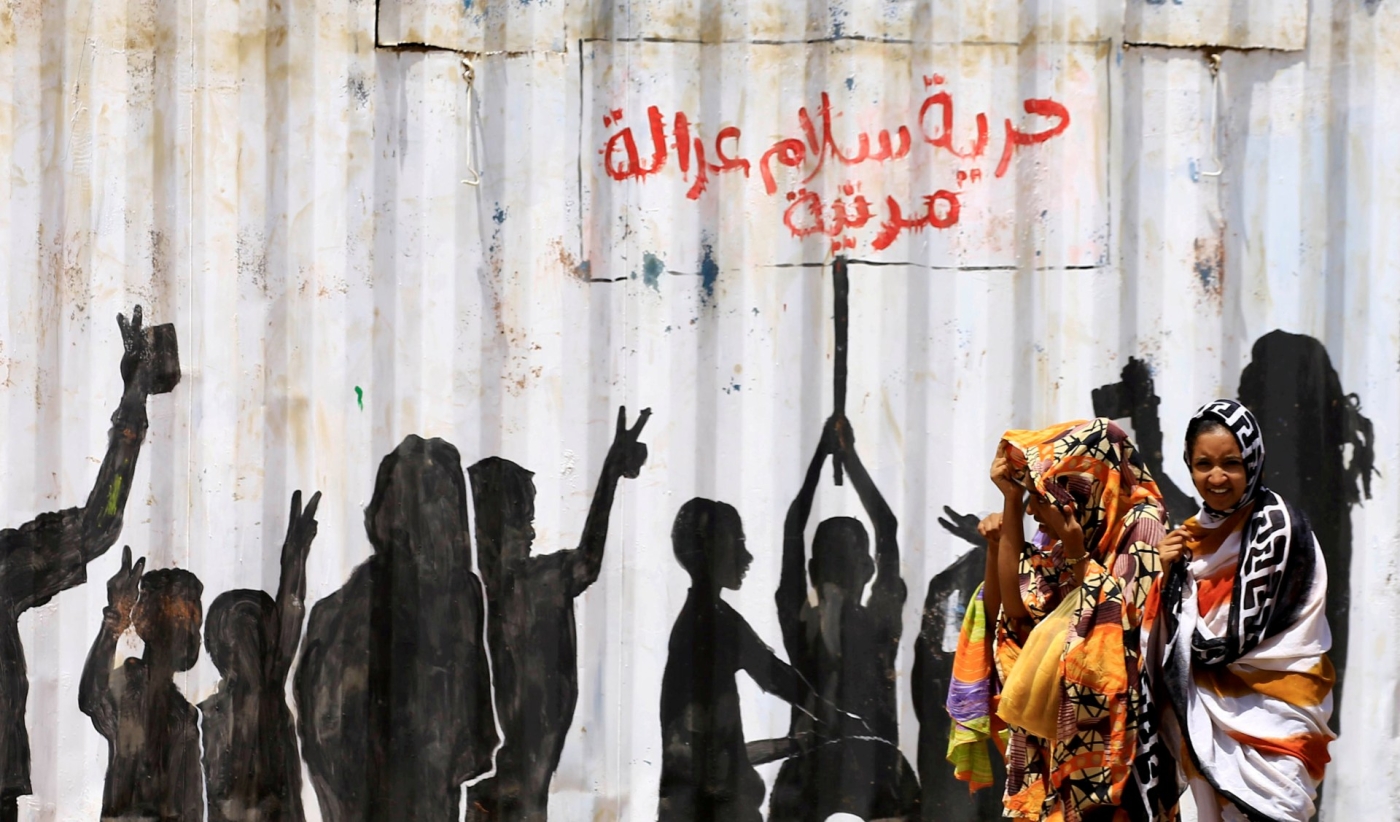 The laws scrap punishments for apostasy, allow consumption of alcohol for non-Muslims, and ban FGM (Reuters)
By
Mohammed Amin
in
Khartoum

A move by Sudan's transitional government to eliminate a number of controversial Islamic laws - including those relating to apostasy, alcohol and female dress - has provoked both praise and anger from different segments of society.

The new laws, publicly announced at the weekend, include: scrapping punishments for renouncing Islam, or apostasy; allowing consumption of alcohol for non-Muslims; permitting children to travel with their mothers without permission from fathers; banning female genital mutilation (FGM); and dropping other articles that put restrictions on women's dress.

The package of reforms overturns more than 30 years of Islamist policies enacted by former president Omar al-Bashir and his predecessors.

'We want the constitution and laws to be based on citizenship and equality, not on a religious basis and discrimination'

Supporters of the former administration have been among the most vocal opponents of the new reforms. They have called for the ousting of the government of Prime Minister Abdalla Hamdok, established in 2019 in the wake of anti-government protests that toppled Bashir in April that year.

However, reformers and supporters of the anti-government protests have welcomed the move, saying it could make Sudan a beacon for the region - though some believe they don't go far enough.

"It's a historical decision and big victory for freedoms in Sudan that the apostasy [law] has been stopped," said academic Shams al-Din Daw al-Bait, who was accused of apostasy in 2011.

Sudan witnessed many high-profile cases of apostasy during Bashir's era, notably that of Meriam Yehya Ibrahim Ishag. She was sentenced to death in 2014 after marrying a Christian man.

"We want the constitution and laws to be based on citizenship and equality, not on a religious basis and discrimination. This is the core of the Sudanese revolution that called for justice and freedom and enhancement of human rights in the country," said Bait.

Announcing the plans at the weekend, Sudanese Justice Minister Nasr Aldin Abdul Bari said a commission to implement the new forms would be established in the coming days.

He added that the reforms would continue until his country had abolished "all the laws that violate human rights in Sudan".

In a tweet, Hamdok also said that the process would continue.

"The passing of these laws is an important step towards the reformation of the entire legal system in Sudan in order to achieve the slogans of the revolution including peace, justice and freedom through laws and legal institutions that granted the rule of law," he stressed.

The current government was appointed by the country's sovereign council, a body made up of six civilians and five military officers established in the wake of Bashir's removal after months of negotiations with the military.

They are set to steer the country through a three-year transition to civilian rule.

The package of reforms has been hailed by human rights campaigners both domestically and internationally.

Women's rights activists have praised the removal of a law that forced women to seek permission from male members of their families to travel with their children.

Amna Ahmed had been forced by her former husband to abandon an opportunity to work as an engineer in the United Arab Emirates, as she was denied the right to take her five-year-old son with her.

Speaking to Middle East Eye, she welcomed the changes.

"I'm very happy to hear that with this law I can travel with my son without further blackmailing," she said.

"It was totally unfair and a legalisation of male dominance."

Some activists, while welcoming the new measures, believe they are too limited.

The law on alcohol consumption still bans Muslims, who make up the vast majority of the population since the separation of South Sudan in 2011, from consuming alcoholic beverages, a sign to some that the government is still wary of fully overturning the old order.

Mohamed Sid Ahmed, a 25-year-old student, told MEE that he believes the country is still being ruled by the same Islamic laws with little changes.

"What does it mean to only allow drinking alcohol for Christians? That is also a discrimination against the Muslims," he said.

"The revolution wanted liberal and personal freedoms to be a reality. So the laws have to be based on citizenship, regardless of religion."

However, another student - opposed to the alcohol reforms - pointed out that it would be in practice impossible to distinguish between Christians and Muslims when it came to consumption.

"It's also unfair to make special legislation for a small minority in the country. It's just an excuse to allow alcohol," said 23-year-old Abdul Azim.

Unsurprisingly, in a country that has been governed by conservative social restrictions for so long, the new reforms have already begun provoking pushback.

Following the announcement of the changes, famous Sudanese cleric Abdul Hai Youssef accused the minister of apostasy and called for "jihad" against Hamdok's government.

"Bringing down this government, which has legalised apostasy and other wrongdoings, is a duty for any Muslim," he announced.

They have called for Sudanese Muslims to organise protests after upcoming Friday prayers.

"It's clear that this government, which is obeying the West, is going for full secularisation of the country - which is against our values and religion," the PCP said in statement.

The National Congress Party (NCP), Bashir's former ruling party, urged Sudanese to come down to the streets to bring down the transitional government, warning that the "battle now is between the secularists and Islam".

"We have already seen hard-line Islamist clerics calling for the removal of the civilian government in response to these reforms, as well as assassination attempts on the prime minister and justice minister, so it is clear that significant tensions exist," he warned. 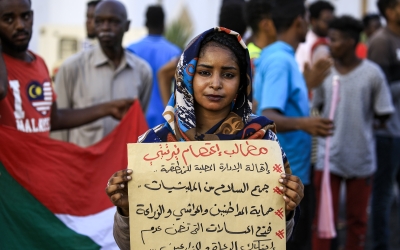 "These tensions could be exacerbated by outside forces or by those inside Sudan who fundamentally fear from their future inside a reformed Sudan."

Sudanese legal expert Wail Ali Saeed added that the minister didn't have the power to implement all the reforms needed in the country.

He said that comprehensive legal reforms would have to be done in the constitutional convention set to be held before the end of the transitional period in 2022.

"Sudan still has more work to abolish Bashir era restrictions on personal freedoms and adopt international treaties and standards on the respect for human and civil rights," he said.

"But the minister of justice can't change everything because these powers are only in the hands of the constitutional conference." 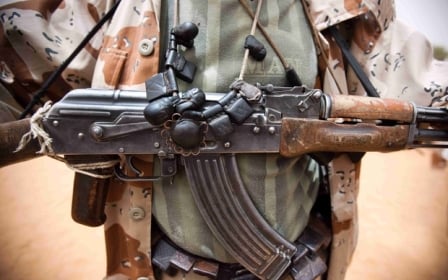 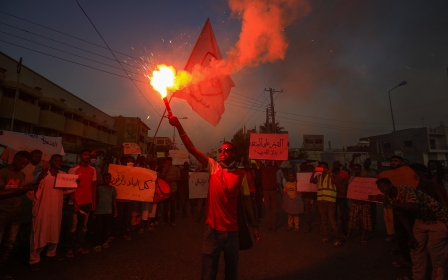 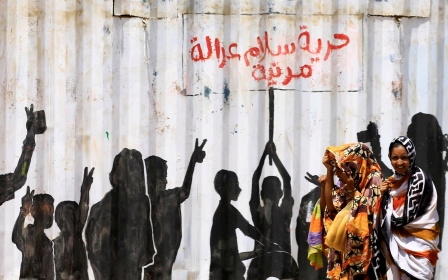