Sudanese gather during sit-in on Sunday in Bahri neighbourhood, north of Khartoum (AFP)
By
MEE and agencies

Bashir, on a visit to Cairo to meet his Egyptian counterpart Abdel Fattah el-Sisi, said the media were exaggerating the size of the problems he faced at home as protesters tried to “copy the Arab Spring”.

"There is a problem, we are not claiming that there is not. But it's not of the size or extent raised in some media," Bashir said in Cairo after meeting Sisi.

"This is an attempt to copy the Arab Spring in Sudan, these are the same slogans and appeals and the very wide use of social media sites," Bashir said, as quoted by Reuters.

Deadly protests sparked by a government decision to raise the price of bread have rocked the east African country for weeks, AFP said. The demonstrations have mushroomed into nationwide rallies against the government of Bashir, who swept to power in 1989 in an Islamist-backed coup.

One of the slogans used by Sudanese protesters - "The people want the fall of the regime" - was made famous by the 2011 uprisings in Tunisia, Egypt and other Arab states.

Officials say 30 people have died in the violence since the protests first erupted on 19 December in the farming town of Atbara, before spreading to Khartoum and other regions. Rights groups say more than 40 people have been killed.

On Sunday, protesters came onto the streets in Khartoum and its twin city of Omdurman to hold sit-ins in several squares, responding to a call by the Sudanese Professionals Association (SPA), which is leading the protests.

A massive deployment of riot police and security agents prevented them from gathering at several locations, witnesses said, and the protesters later began rallies in some residential areas of Khartoum and Omdurman.

Police surrounded many squares and filled some with muddy water to prevent demonstrators from gathering, witnesses said.

Riot police also fired tear gas at protesters trying to gather in the al-Thawra district of Omdurman, and two other areas in Khartoum, witnesses said.

"When we came to the square for a sit-in, we saw security forces had surrounded it," said a female demonstrator, who did not identify herself for security reasons.

"We then decided to hold a rally in a nearby neighbourhood, but there too the police hit us with tear gas."

The SPA had called for sit-ins on Sunday across several squares in Khartoum and Omdurman.

The group, an umbrella association of doctors, engineers and teachers, has also called for simultaneous rallies across the country until Wednesday.

Authorities led by the country's National Intelligence and Security Service (NISS) have cracked down on protesters, opposition leaders, activists and journalists in a bid to prevent the spread of demonstrations.

On Sunday, security forces arrested four journalists, including one from the country's war-torn region of Darfur, the non-government Sudanese Journalists' Network said.

While bread price hikes sparked the first protests, anger has been mounting for years over growing economic hardship and deteriorating living conditions.

Bashir has blamed the country's economic woes on the United States.

Washington lifted its trade embargo on Sudan in October 2017 after two decades of bruising economic punishment, but that has failed to fix the country's financial situation. 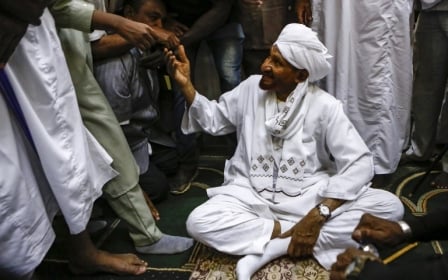 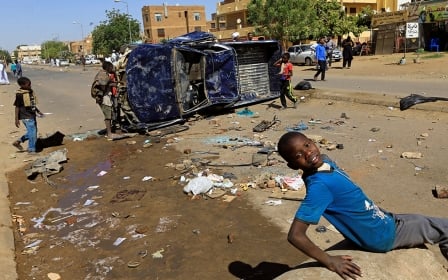