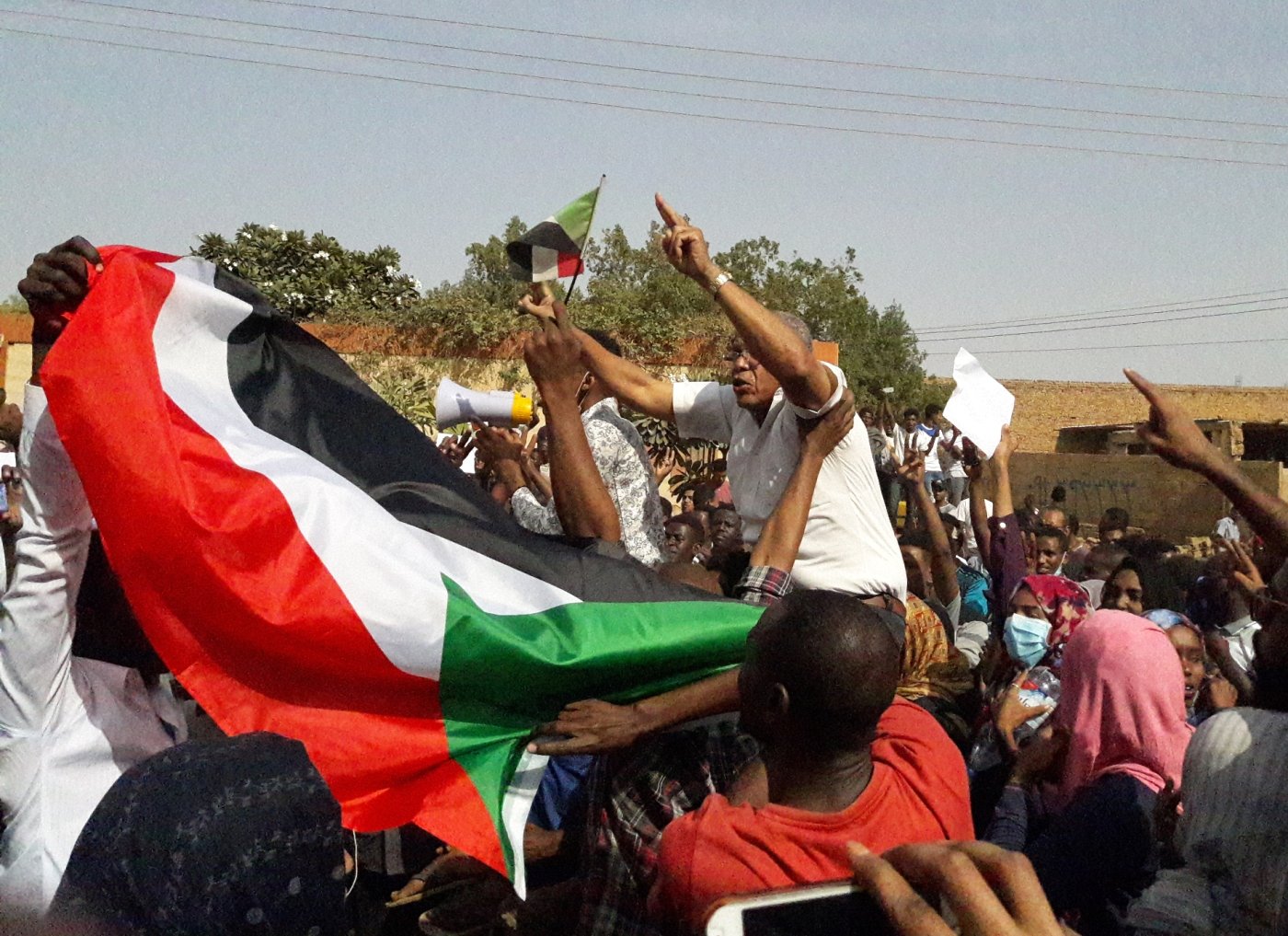 Crowds of Sudanese protesters chanted "freedom, freedom" as riot police fired tear gas on anti-government rallies in the capital and its twin city of Omdurman on Monday, witnesses told AFP.

The witnesses said protesters took to the streets in two districts of Khartoum and in Omdurman, across the Nile from the capital, the news agency reported.

The demonstrations came after campaigners called for new rallies this week against al-Bashir's administration.

Demonstrators, frustrated by an ever-worsening economic crisis, have been on the streets across Sudan nearly every day since 19 December calling for an end to the 30-year rule of President Omar al-Bashir.

The deadly demonstrations began last year after cash-strapped Khartoum cut a vital subsidy on bread, tripling the price of the food staple. The protests quickly escalated into anti-government demonstrations across several cities and towns, with protesters calling on Bashir to step down.

Officials say 30 people have died in the protests, but Human Rights Watch says at least 51 people have been killed.

Minister Awad Mohamed Ahmed Ibn Auf did not directly address the protesters' concerns but said the situation in the country showed a schism between young and old.

That, he added, "requires intergenerational communication and fair solutions to youth problems and realising their reasonable ambition".

Recent events "showed the need to reshape political entities, parties and armed movements of the political scene with a different mindset than before," he said during a briefing with military officers, according to a ministry statement.

The minister did not spell out what kind of reshaping should take place and there was no immediate response from opposition parties which have backed the demonstrations.

For his part, Bashir has largely remained defiant in the face of the protests, addressing loyalists at several rallies across the country and seeking support from his regional allies.

On Sunday, Bashir held three rallies in the state of North Kordofan, where he pledged to bolster rural growth by undertaking new infrastructure projects.

He addressed hundreds of people in three separate televised rallies, including a night-time event in the state capital of al-Obeid.

During his trip, Bashir lauded recent renovations on an existing hospital in the capital, inaugurated a new 340-kilometre highway linking North Kordofan to Omdurman, and promised to bring clean drinking water and electricity to rural areas "across Sudan".

Bashir and other senior Sudanese officials have repeatedly said the government can only be changed through elections.

The veteran leader, who came to power in a coup in 1989, is considering running for a third presidential term in a vote expected to take place next year.

The protest campaign led by the Sudanese Professionals Association is seen as the biggest challenge yet to Bashir's three-decade rule.