Deadly protests have rocked cities since 19 December, when violence broke out over government decision to raise price of bread A Sudanese group organising anti-government protests called for a march on the presidential palace on Sunday as President Omar al-Bashir sacked the health minister on Saturday over rising costs of medicine.

Deadly anti-government rallies have rocked cities including Khartoum since 19 December, when protests broke out over a government decision to raise the price of bread.

Authorities say at least 19 people including two security personnel have been killed in clashes so far, but rights group Amnesty International has put the death toll at 37.

The country has faced an economic crisis over the past year. The cost of some commodities including medicines has more than doubled and inflation has hit 70 percent. Food and fuel shortages have been regularly reported across several cities, including Khartoum.

"We call on our supporters to gather at four different places in Khartoum and then begin a march on the palace" of the president, the Sudanese Professionals' Association said on Saturday in a statement, AFP reported.

The association, which includes teachers, doctors and engineers, has held similar rallies in recent weeks but they have been swiftly broken up by riot police.

Security forces were deployed in key squares across the capital on Saturday night.

He was replaced by Al-Khier Al-Nour, SUNA said, without giving details.

Rising drug prices and shortages have added to the anger of protesters already furious over the cost of other key products.

Sudanese pharmaceutical companies have been unable to import some medicines after a years-long foreign currency shortage worsened last year.

Economic problems, at the root of discontent that has simmered for years, accelerated after Sudan lost three-quarters of its oil production when the south of the country seceded in 2011.

In the eyes of protesters, the economic troubles are deeply entwined with corruption and mismanagement in the political elite and the ruling National Congress Party (NCP), Amjed Farid Eltayeb, an activist and spokesman for the Sudan Change Now movement, told Reuters.

"The NCP for the last 30 years has directed most of the national budget to the security apparatus, to the militias, and they cut all the funding of the social services, education, health," he said.

"So those people who are now in the streets have no social protection nets, they are alone in a battle with fate ... they have nothing to lose."

Sudanese authorities have launched a crackdown on opposition leaders, activists and journalists since the protests erupted last month. 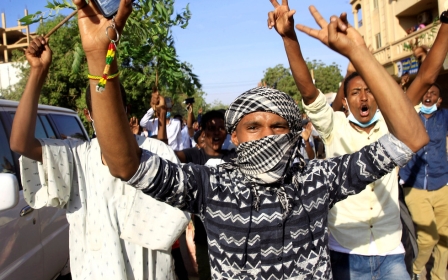