Libya's UN-recognised unity government has long accused Sudan of sending fighters to back militia commander Khalifa Haftar, who controls much of country's east Sudan said on Sunday it had arrested 122 of its nationals as they were headed for neighbouring Libya to fight as "mercenaries", state media reported.

Libya's UN-recognised unity Government of National Accord (GNA) has long accused Sudan of sending fighters to back militia commander Khalifa Haftar, who controls much of the country's east. On Friday, Russian Wagner Group mercenaries and Sudanese Janjaweed militia forced their way into the Sharara oil field to halt oil exports, Libya's National Oil Corporation said, as reported by the Daily Sabah. Sudan, which shares a 330km (200-mile) border with southeastern Libya, has denied allegations that it sends troops to Libya.

It said the video was shot in Al-Junaynah, capital of West Darfur Province.

On 10 June, the Sudanese Popular Congress Party called on the government to “line up with the international community in support of the legitimate government in Libya”, the Tripoli-based GNA, Middle East Monitor reported.

The statement also called on all “external forces” to “desist from supporting the illegal elements of the coup in Benghazi and withdraw all the mercenaries from Libyan soil”.

Sudan's foreign minister last week said that no Sudanese forces were involved in the conflict in Libya.

In an interview with AFP, Asma Abdalla said: "We cannot get involved in a conflict in any neighbouring country." 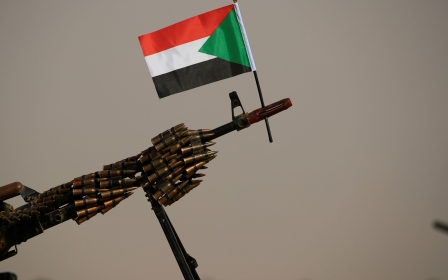