The chief of Sudan's powerful intelligence service, Mohammed Atta, during a conference in Khartoum (AFP)
By
MEE and agencies

The Sudanese president has replaced his head of security, the state news agency SUNA reported on Sunday, bringing back a senior official who had helped launch a dialogue with the United States after the 9/11 attacks in Washington and New York.

The agency said Salah Abdallah Mohamed Salih, also known as Salah Gosh, who had served as head of the National Intelligence and Security Service (NISS) between 2004 and 2009, has been reinstated, replacing Mohammed Atta al-Moula, who had served in the position since 2009.

Gosh, until Sunday a lawmaker for the ruling National Congress Party, worked on and off for NISS since the 1989 coup that brought Bashir to power, according to Sudanese media.

As its chief, he was credited with building NISS into one of the most powerful security agencies of Bashir's government before his dismissal in 2009.

He was later jailed on accusations that he had planned a coup to topple Bashir, but no evidence was found against him and the president pardoned him.

Relations between Sudan and the United States have improved under President Donald Trump. Trump last year lifted long-standing sanctions against Sudan, saying it had made progress fighting terrorism and easing humanitarian distress, in a major turnaround for Bashir's government.

But he kept Sudan on the US list of state sponsors of terrorism - alongside Iran and Syria - which carries a ban on weapons sales and restrictions on US aid, according to US officials.

The news agency gave no reason for the shake-up at the security agency. Moula last week accompanied Sudanese Foreign Minister Ibrahim Ghandour to Cairo for talks with Egyptian officials on topics including security and water issues.

The New York Times reported in 2005 that US intelligence officials had allowed Gosh to visit the country for consultation with the CIA as a reward for his country's cooperation in detaining suspected militants and providing information on al-Qaeda following the 11 September 2001 attacks.

Gosh is still seen as a powerful and influential figure despite the coup accusations that were made against him, Magnus Taylor, Sudan analyst at International Crisis Group told AFP.

"He may be seen [by the president] as a strong guy who could handle the difficult political situation given the recent protests," Taylor said.

"It may suggest that President Bashir is shoring up the leadership of NISS behind him by appointing a very established powerful figure as its chief." 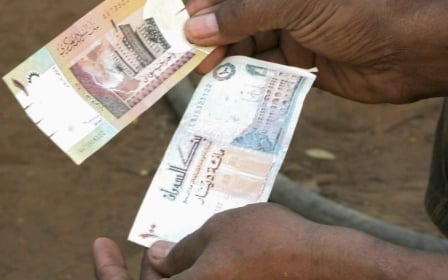