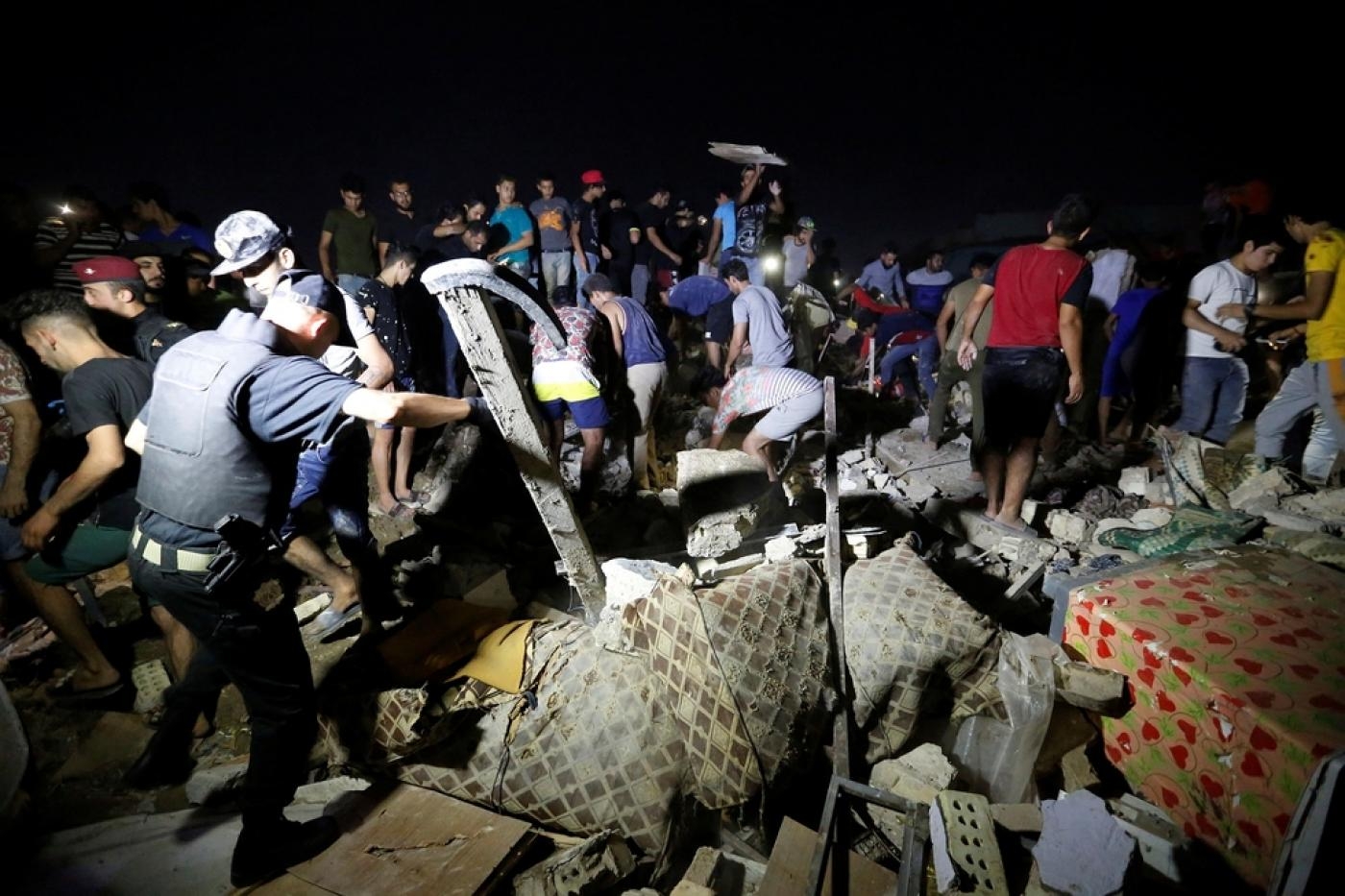 The blast hit Jamila market in the Sadr City district of the Iraqi capital on Thursday evening after iftar, the sunset meal during the holy month of Ramadan.

The Baghdad Operations Command said the explosion caused deaths and injuries, but it did not provide an exact number of casualties.

Citing a security official, AFP news agency reported that eight people were killed and 15 others were injured in the blast.

MEE could not independently verify those figures.

Police Colonel Jamal Hameed told Reuters a parcel had been found on the side of the road near a market and detonated in a controlled explosion, hurting no one.

He said an earlier statement by the joint military-police Baghdad Operations Command mentioning a suicide bomb and several deaths had been released in error.

The Islamic State (IS) group claimed responsibility for the attack late on Thursday, saying that the suicide bomber killed eight people.

In previous years, militants have regularly targeted crowded areas of the Iraqi capital at night during Ramadan.

Last year, a suicide bombing killed seven people at a park in Baghdad during the holy month, and in 2017, two blasts left 35 people dead in a single evening in the west of the city. Is the Middle East on the brink of a major showdown?
Read More »

The Iraqi authorities have been battling IS for several years.

Last year, Iraqi forces drove the militants out of large swathes of territory, where IS fighters had gained control after a wide-scale offensive in 2014.

IS has since lost those areas after an international coalition fought the group in both Iraq and Syria.

In a video message released last week, IS chief Abu Bakr al-Baghdadi urged his followers to continue carrying out suicide bombings, as the group employs new tactics in the wake of its territorial defeats.