Suicide car bomb hits Erbil, in the first significant attack to hit the Iraqi Kurdish capital in a year 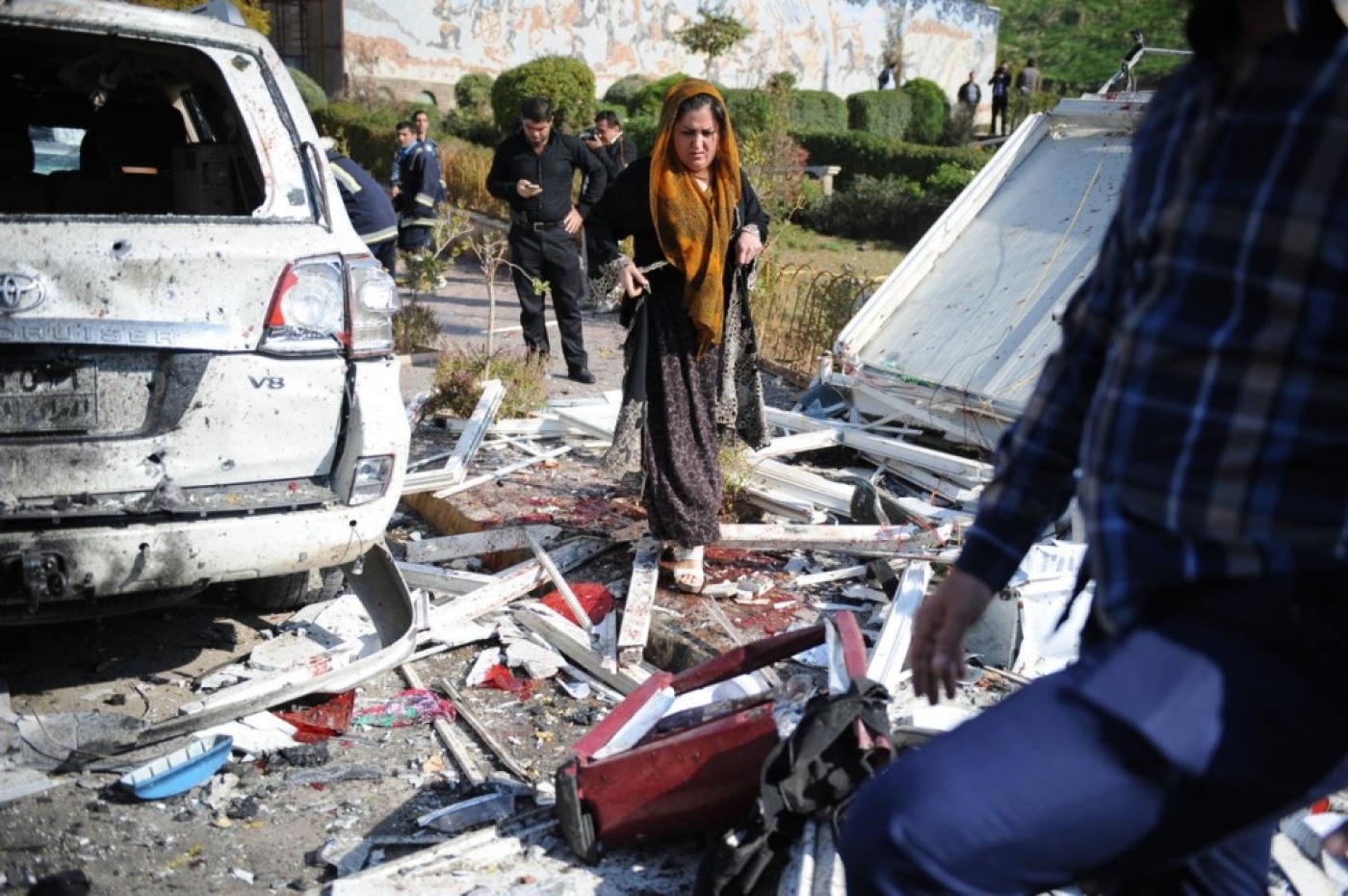 Erbil, the capital of the semi-autonomous region of Kurdistan, was rocked by a double bomb attack on Wednesday.

A car bomb hit the city's provincial headquarters, coming hot on the heels of an explosion caused by a suicide bomber wearing an explosives vest.

"A suicide bomber detonated an explosives-rigged vehicle near the provincial government headquarters in the capital of Iraq's autonomous Kurdish region on Wednesday, a spokesman said.

The bomber hit the main checkpoint on the way to the headquarters in the usually secure northern city of Erbil just before noon (0900 GMT), provincial council spokesman Hamza Hamed told AFP.

"The attack killed four people, two of them police, and wounded 29, Saman Barzanchi, the director general of the Arbil health department, told AFP."

22 people were also reportedly injured - one of the men wounded in the attack told Kurdish news site Rudaw that the driver of the rigged car was a woman.

Police told a press conference in Erbil after the attack that they had arrested 20 people suspected of involvement.

Twitter accounts supportive of Islamic State claimed responsibility for the attack less than an hour after it was reported, according to Anadolu Agency.

Fighters from Iraqi Kurdistan's Peshmerga forces recently crossed through Turkey into the Syrian Kurdish town of Kobane to battle the Islamic State forces besieging the city.

Until now, Iraq's three-province province Kurdish region has generally been spared the rampant violence plaguing other parts of the country.

However, in the aftermath of Wednesday's attack, the region's governor gave a press conference in which he warned that Kurdistan has now become a target for terror attacks.

"Kurdistan is at war with terrorists," Najmaldin Karim said in a conference broadcast live on Kurdish television.

Iraqi Kurdistan's security forces are battling the Islamic State militant group, which spearheaded an offensive that has overrun large areas of Iraq since June, making it a more prominent target for militants.

Islamic State fighters have previously declared their intention to attack Iraq's northern Kurdish region, but the semi-autonomous region has so far remained relatively free of the violence that has engulfed other major regions of the country.

Large numbers of refugees have fled to Erbil in northern Iraq in recent months, escaping the advance of Islamic State fighters in central Iraqi cities like Mosul.