'Sultan of Bitumen' executed in Iran over economic crimes

Hamidreza Baqeri Dermani, who was accused of smuggling the oil product, is third businessman to be executed amid anti-corruption drive Dermani used front companies to obtain more than 300,000 tonnes of bitumen (IRNA)
By
MEE and agencies

A businessman known as the "Sultan of Bitumen" was executed in Iran on Saturday over charges of fraud, bribery and large-scale smuggling of the oil product, the judiciary's news agency, Mizan, has reported.

Hamidreza Baqeri Dermani, 49, was convicted of "corruption on earth" as part of a large-scale crackdown on corruption across the country

Dermani, who was first arrested in 2014, forged dozens of documents relating to fake properties which he used to secure various bank loans, Mizan reported.

According to the agency he swindled over 10 trillion rials, which at today's rate is the equavlent of around $100m.

The businessman then used front companies to obtain more than 300,000 tonnes of bitumen, Mizan said.

Bitumen, an oil-based substance, is one of Iran’s most profitable businesses and is used for various purposes, such as asphalt.

Dermani is the third businessman to be executed for such offences since a major campaign against corruption was launched last summer in the face of a spiraling economic downturn.

Iran's economy has been badly affected by US President Donald Trump's decision to pull his country out of a landmark deal with Tehran that saw sanctions lifted in return for a curbing of the Iranian nuclear programme.

Since Trump's announcement in May and with the subsequent re-imposition of sanctions, the rial has plummeted in value and Iranians have taken to the streets in sporadic protests.

Off to Turkey: Iranians flee one troubled economy for another
Read More »

In an attempt to help tackle the economic crisis, the Iranian government has targeted financial mismanagement and corruption within the country.

As the anti-corruption drive began as US sanctions began to bite, Supreme Leader Ayatollah Ali Khameini called for "swift and just" action in the "economic war" begun by foreign enemies.

Dozens of people have been jailed since the campaign began, and new fast-track Islamic revolutionary courts, whose rulings cannot be appealed except in the case of death sentences, were set up in August to deal with the cases.

Dermani's death sentence was upheld by the supreme court this month.

In November, a businessman known as the "Sultan of Coins" and his accomplice were executed for exploiting the huge demand for gold as the rial's value plummeted. 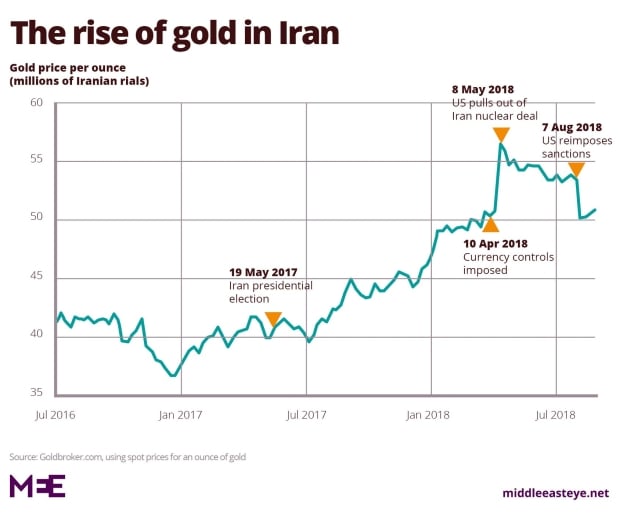 Meanwhile other businessmen and traders have been jailed for up to 20 years.

Dermani was also accused of having ties to another business magnate who has been sentenced to death over corruption charges, Babak Morteza Zanjani.

Zanjani, who was convicted in 2016, apparently embezzled $2.7bn while helping the Iranian government circumvent international sanctions.

Khavari was himself convicted last year of embezzlement, though he was tried in absentia after fleeing to Canada.

In a sign of the prominence the Iranian government is placing on its anti-corruption drive, the news of Dermani's execution was announced on state television in bombastic style.

The report was accompanied by action movie-style music, and a documentary detailing his various alleged abuses, the AFP news agency reported.

Shahidi was sentenced earlier this month to 12 years in prison for unspecified charges. 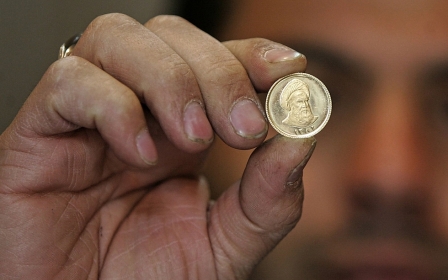