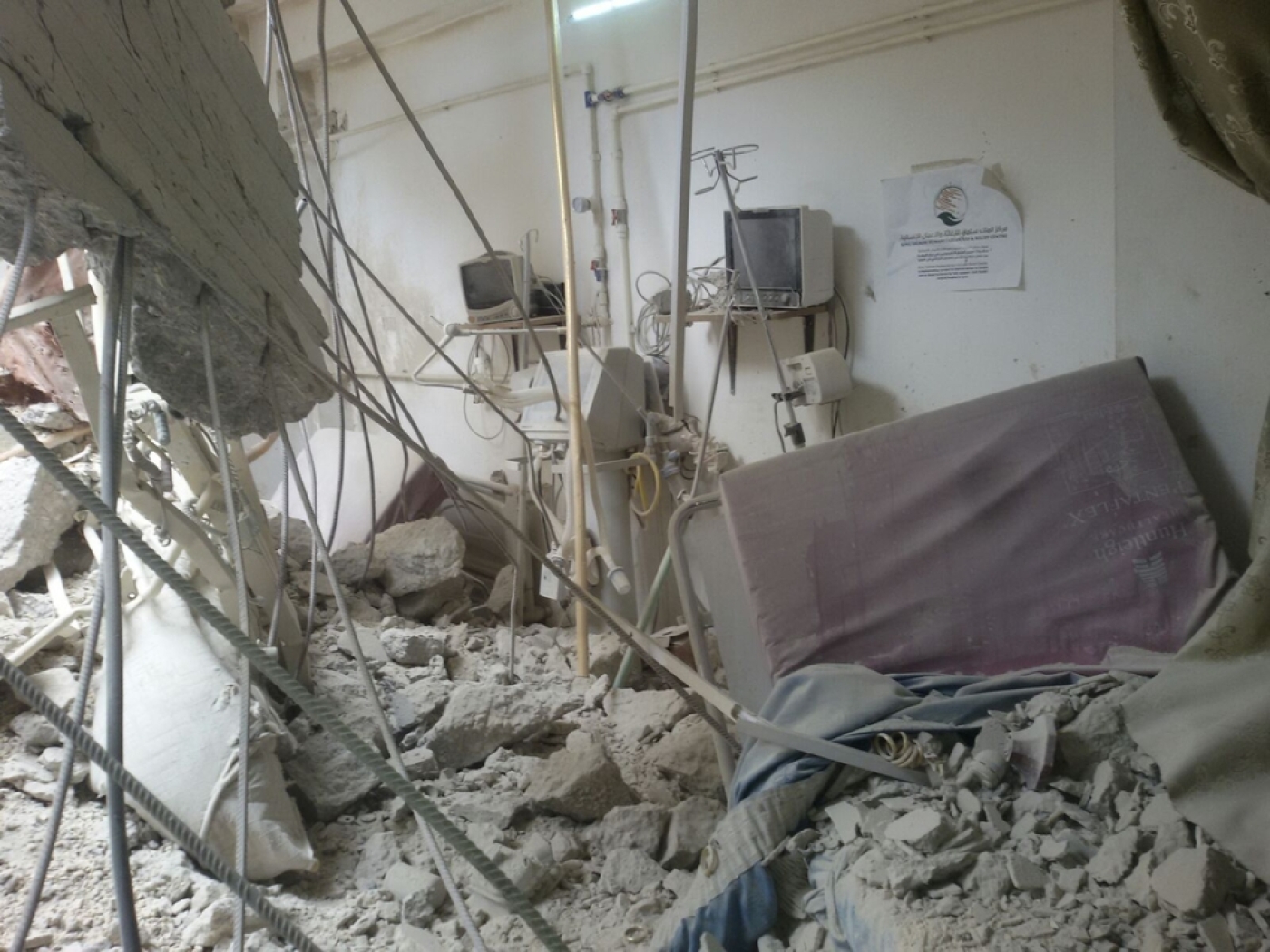 One of the few remaining hospitals with an intensive care unit in Idlib was destroyed after Russian and Syrian government jets were suspected of firing a series of air strikes on the Syrian province on Monday.

British NGO Hand in Hand for Syria, which runs the hospital in the town of Kafranbel, confirmed to Middle East Eye that four air strikes had wiped out the hospital, as opposition activists told Associated Press that Syrian government planes alongside their Russian allies had struck the hospital.

The news comes after reports that Russian jets intensified their raids on rebel-held towns and cities in Syria’s northern Idlib province on Sunday night, a day after militants shot down a Russian warplane and killed its pilot.

Along with an intensive care unit, the now-destroyed medical facility included a cardiology ward and a centre for dealing with cancer patients and others suffering from blood and lung disorders.

No fatalities were reported, while a representative from the British NGO told MEE that medical staff managed to evacuate all patients after the hospital began receiving reports of attacks on other hospitals in Idlib.

The facility in Kafranbel was the second hospital to be destroyed this month, after a hospital in Maaret al-Numan was also destroyed by Syrian and Russian warplanes on Sunday evening.

After being struck three times on Sunday night, the hospital in Maaret al-Numan was put out of service, according to the Syrian American Medical Society, which runs the facility.

Rescue workers and medical staff were forced to evacuate critically injured patients and premature babies without any incubators.

Commenting on the incident, Fadi Al Dairi, the Syrian country director for Hand in Hand for Syria, said in a statement on Monday: "We are devastated to have to close the doors of a hospital serving a community of over one million people.

"The timing couldn't be worse as this hospital had been supporting victims of the current escalation of ground and aerial attacks."

A representative from Hand in Hand for Syria told MEE that its Kafranbel facility had only recently been equipped to deal with chemical weapons attacks, after a series of suspected chlorine attacks struck Idlib and Eastern Ghouta in the last month.

Three chemical attacks took place in Eastern Ghouta, one of the other last remaining rebel-held areas, since the start of 2018 alone.

Images provided by Hand in Hand for Syria showed wards inside the Kafranbel hospital destroyed and no longer functioning.

An ambulance sent over by the Unity Convoy, an independent coalition of charities, was also destroyed in the round of air strikes on Monday, reported the charity.

Many of the evacuated patients were receiving treatment inside the hospital in Kafranbel after being injured by air strikes and artillery shelling by Russian and Syrian government forces.

In a statement on Sunday, the Syrian opposition coalition condemned what it described a "barbaric onslaught by the Russian occupation and the Assad regime forces."

The reports come as medical facilities across rebel-held areas continue to be targeted by Russian warplanes as they aid Syrian government forces in their efforts to take control of the rebel-held Idlib province.

Idlib is mostly controlled by Hayat Tahrir al-Sham (HTS), the former al-Qaeda affiliate, which claimed to have shot down the SU-25 fighter using a shoulder-fired weapon.

On Sunday evening, the Syrian Civil Defence Force, also known as the White Helmets, reported that several people suffered from breathing difficulties after a suspected chlorine gas attack on Saraqeb.

An apartment block in the city of Idlib was also destroyed, according to the British-based Syrian Observatory for Human Rights.

The Syrian government has denied these claims.

Meanwhile, the Syrian army has deployed new air defences and anti-aircraft missiles to frontlines in the Aleppo and Idlib areas, a commander in the military alliance fighting in support of President Bashar al-Assad said on Monday.

"They cover the air space of the Syrian north," the commander told Reuters, describing the deployment as a "message to everyone". The air defences had been sent to frontlines with militants in rural areas of Aleppo and Idlib.

Turkish warplanes have been mounting air strikes against the northwestern Syrian Kurdish region of Afrin, which is part of Aleppo province, as part of a major offensive targeting Syrian Kurdish YPG fighters.

Ahead of the Turkish offensive against Afrin, the Syrian government had threatened to shoot down any Turkish warplanes in Syrian air space. 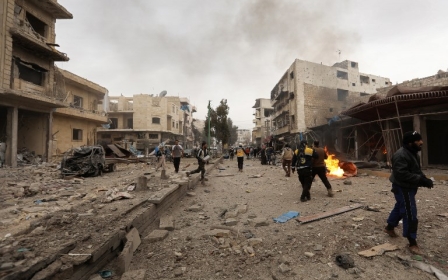