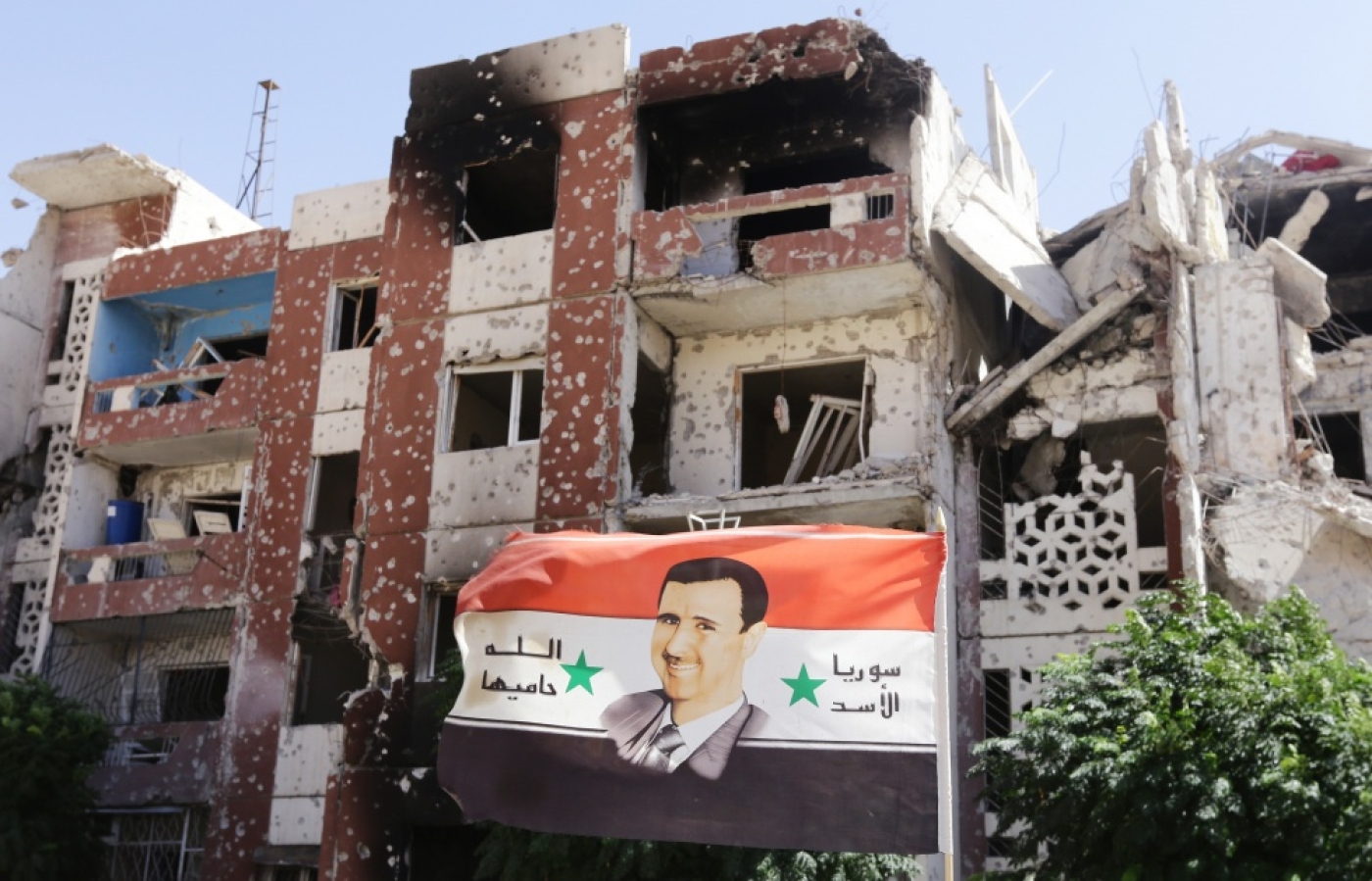 A flag showing Syrian President Bashar al-Assad flutters near damaged buildings in Adra northeast of the capital Damascus on 25 September, 2014 (AFP)
By
MEE and agencies

Syrian government troops recaptured the key town of Adra northeast of the capital Damascus on Thursday, nine months after fighting broke out there pitting the army against rebels.

The town was empty of its inhabitants, and the marks of fighting and bombing were everywhere, said an AFP journalist who visited the town on a government-organised trip.

An army commander on the ground said troops entered Adra at five different locations, "and fought the armed men who were trying to cover for their retreating friends. Several (rebels) were killed."

The AFP journalist said Adra was completely empty of its residents, and that the walls of the buildings at the entrances to the town were riddled with the marks of shelling and gunfire.

Broken glass and shrapnel filled the streets of the town, to which the power supply had been cut off.

The rebels captured Adra in December last year and forces loyal to president Bashar al-Assad have been fighting to retake it ever since.

They have advanced incrementally in the town, one of the country's biggest industrial zones strategically located northeast of Damascus.

On Thursday, the AFP journalist saw tunnels the rebels had dug under the buildings to move from area to area of the town, as well as holes they had blasted through walls separating apartment buildings.

Barriers could also be seen in the town, presumably used by the fighters to protect themselves from the loyalists' view.

On Adra's walls, the rebels had painted slogans.

Referring to Syria's biggest rebel alliance, one of them read: "The Islamic Front is fighting here, and it will return to Damascus."

The security source said the army had taken control on Thursday of an area in the town used to house workers, after securing the highway and the industrial zone.

He acknowledged, however, that Adra's small Old City remained under rebel control.

The Syrian Observatory for Human Rights also confirmed that the army now had full control over the area used to house workers.

The field commander said a large number of rebels had withdrawn to the Old City as the army advanced.

The AFP journalist in Adra could hear the sound of gunfire and shelling from the direction of the rebels' outpost.

Some 150,000 people lived in the area of Adra that houses workers before Syria's war broke out in March 2011.

The army's latest advance will allow the government to further tighten its siege of the rebel-held Eastern Ghouta area, east of Damascus, according to the Observatory.

After a series of stunning rebel advances around Damascus in 2012, the army has slowly reclaimed a string of hotspots in the past two years.

Syria's civil war has resulted in the deaths of an estimated 191,400 people since it began three years ago, and displaced roughly half of the country population, according to the UN.

According to the Syrian Network for Human Rights, more than 158,000 civilians have been killed in Syria.

A total of 831 men, 137 children and 81 women died in attacks carried out by IS militants in the country.

Syria's war began in March 2011 as a peaceful protest movement demanding Assad's ouster, but morphed into a brutal war after pro-Assad forces unleashed a massive crackdown against dissent. 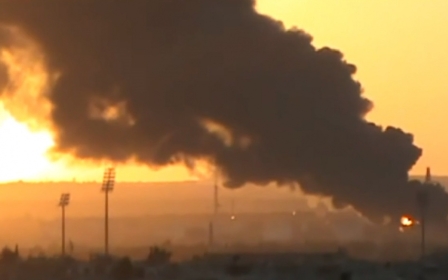