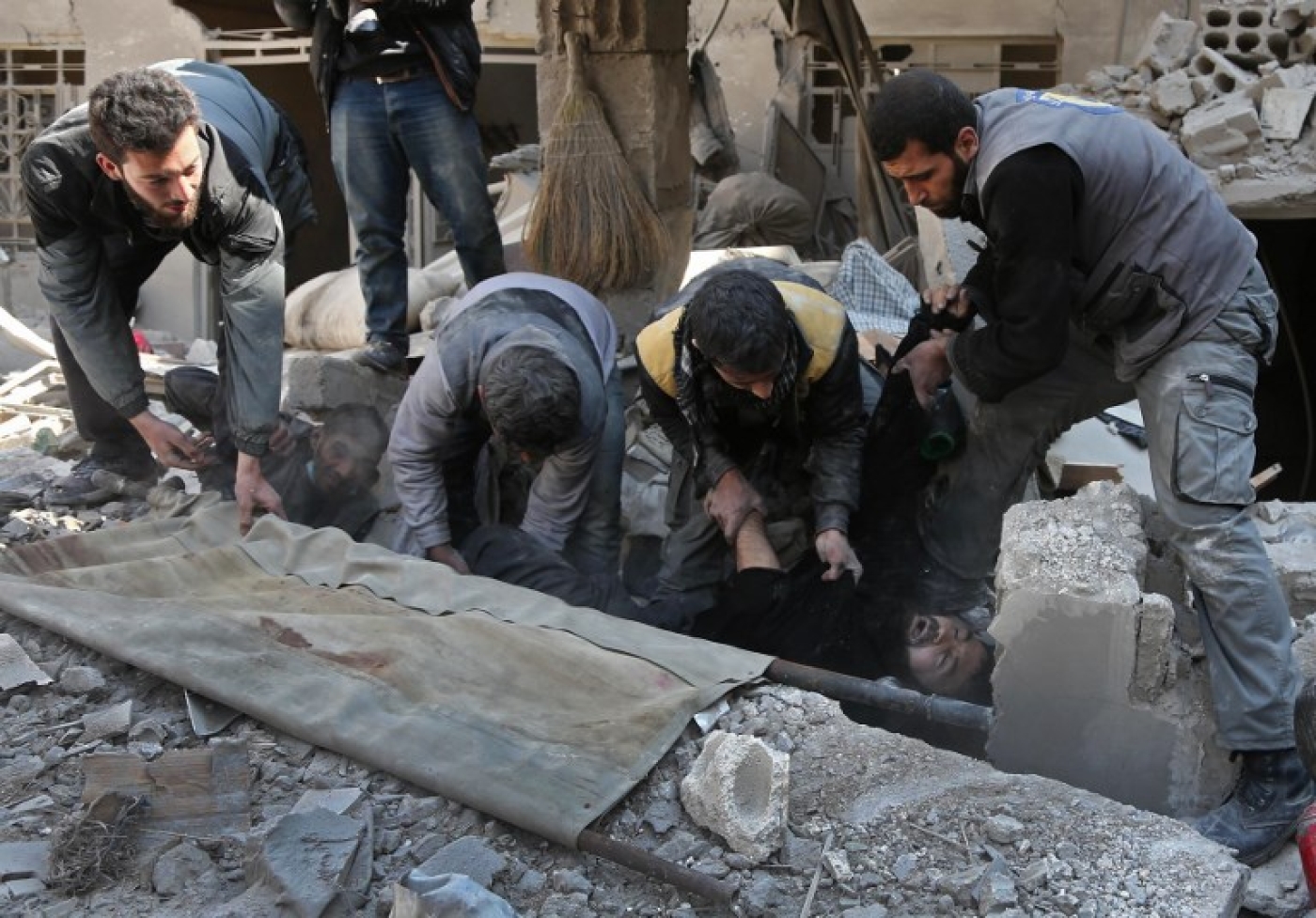 The Syrian government has retaken control of more than a quarter of the rebel-held enclave of Eastern Ghouta on the outskirts of the capital Damascus, a monitoring group said.

The Syrian Observatory for Human Rights said Assad forces had advanced to three kilometres from Douma, the main town, after seizing control of "more than 25 percent" of the enclave, in operations mostly through farmlands.

Fighting has rocked the beseiged enclave since Sunday morning as rebels battled to retake territory seized in a devastating government assault on the last major opposition held area near Damascus.

Forces loyal to President Bashar al-Assad launched the assault last month with waves of air strikes, artillery fire and rocket attacks that are reported to have left more than 640 civilians dead.

Under growing international pressure to end the bloodshed, government backer Russia last week announced daily five-hour "humanitarian pauses" in the enclave. But while the air campaign has eased, fighting has intensified on the ground.

Government forces engaged in clashes with rebels in the eastern area of the enclave on Sunday, the Syrian Observatory for Human Rights said, after advances in recent days that saw the government seize control of 10 percent of the region.

Rami Abdel Rahman, the head of the Britain-based Observatory, said at least 12 government fighters had been killed in two areas, Al-Rihan and Shifoniya, in overnight clashes with the Jaish al-Islam rebel group.

Jaish al-Islam shares control of rebel-held parts of Eastern Ghouta with Faylaq al-Rahman and Ahrar al-Sham. Damascus and Moscow say they are trying to clear the area of "terrorists".

Instead of a much-needed reprieve, we continue to see more fighting, more death, and more disturbing reports of hunger and hospitals being bombed

Hamza Bayraqdar, a spokesman for Jaish al-Islam, said on Twitter that the group's forces had launched "surprise attacks" against government positions.

The Observatory, which relies on a network of sources on the ground to monitor Syria's civil war, said rebels had retaken some parts of Shifoniya.

An AFP correspondent inside Eastern Ghouta saw hundreds of civilians on Sunday fleeing from the town of Beit Sawa in the southeast of the enclave.

The Observatory said some 2,000 civilians had fled government shelling and clashes in eastern parts of the enclave.

On Saturday, 18 civilians, including three children, were killed in bombardment of Eastern Ghouta, according to the Observatory.

At least 76 pro-government fighters and 43 rebels from Jaish al-Islam have also been killed in clashes since 25 February, it says.

Encircled by government-controlled territory and unable or unwilling to flee, Eastern Ghouta's 400,000 residents have in recent weeks suffered one of the most ferocious assaults of Syria's civil war.

Under siege since 2013, they had already been facing severe shortages of food and medicine. The region's over-burdened medical workers have been struggling to cope with the rising number of wounded.

While falling short of a 30-day ceasefire demanded by the United Nations, the announcement of daily humanitarian pauses in fighting had raised hopes of some aid deliveries and evacuations.

But trucks loaded with aid have so far been unable to enter the enclave, according to the UN.

Moscow has offered safe passage to non-combatants wishing to leave the enclave during the pause, but no Syrian civilians have left since the first break in fighting took effect on Tuesday, the Observatory says.

The Russian military said in a statement that no civilians exited via the established corridor on Saturday.

Meanwhile, French President Emmanuel Macron called on his Iranian counterpart Hassan Rouhani on Sunday to put the "necessary pressure" on the Syrian government to halt "indiscriminate" attacks on civilians in Eastern Ghouta.

During a telephone call between the two leaders, Macron underscored the "particular responsiblity for Iran, because of its ties to the regime, regarding the implementation of the humanitarian truce" sought by the UN, his office said.

The two presidents expressed their agreement to work together in the coming days along with the UN, in conjunction with the Damascus regime and the main countries involved in Syria, to secure results on the ground, supply necessary aid to civilians and implement an effective ceasefire

"The two presidents expressed their agreement to work together in the coming days along with the UN, in conjunction with the Damascus regime and the main countries involved in Syria, to secure results on the ground, supply necessary aid to civilians and implement an effective ceasefire," Macron's office said.

He and Rouhani are expected to speak again later this week.

The United Nations has called for a 30-day ceasefire in Eastern Ghouta, but so far regime-backer Russia has declared only a five-hour daily "humanitarian pause".

Macron and UN Secretary-General Antonio Guterres expressed "grave concern" about the humanitarian situation in the area in a telephone conversation late Saturday.

"The UN convoys must immediately deliver medical assistance and food aid to the besieged population," the French presidency said.

This collective punishment of civilians is simply unacceptable

The UN's regional humanitarian coordinator for Syria, Panos Moumtzis, sounded the alarm on Sunday over the increase in violence.

"Instead of a much-needed reprieve, we continue to see more fighting, more death, and more disturbing reports of hunger and hospitals being bombed," he said in a statement.

"This collective punishment of civilians is simply unacceptable."

As Syria's conflict approaches its seventh anniversary, Assad's forces, heavily backed by Russia, have retaken most of the territory once lost to rebels.

Eastern Ghouta remains one of the few areas outside their control, along with the northwestern province of Idlib which is partly controlled by al-Qaeda-linked militants.