Syria: Eight killed in protests against Kurdish-led forces in Manbij Syrian boy holds a sign bearing an opposition flag (L) and Turkey's national flag (R) and a slogan that reads in Arabic, 'Manbij is ours', on 25 October 2019 in the northern Syrian city of Jarabulus (AFP)
By
MEE and agencies

At least eight people were killed and scores injured on Tuesday when US-backed Kurdish-led forces fired live rounds to disperse Arab tribal protests against their rule in the Syrian city of Manbij, according to security and medical sources and residents.

The unrest was the bloodiest to take place in Manbij since the US-backed Syrian Democratic Forces (SDF), led by the Kurdish People's Protection Units (YPG), captured it five years ago after driving out the Islamic State group.

SDF officials imposed a curfew on the city and reinforced checkpoints around its main routes after many shops went on a general strike. The protests took a violent turn when hundreds of demonstrators marched near checkpoints around the city a day after one civilian was killed in protests.

Resentment against SDF rule has grown in northern and eastern Syria among the majority Arab population, residents and tribal elders said, with many objecting to the compulsory conscription of young men and discrimination in top leadership ranks.

Another point of contention has been the thousands of Arabs detained in SDF jails.

There were attempts to mediate with local tribal leaders to calm the unrest, which the SDF blamed on arch-rivals Turkey and agents of the Syrian government.

The SDF denies its local administration discriminates against Arabs and says its policies seek to redress years of injustice against Kurds by the Syrian government, who it says had for decades denied them equal citizenship rights. 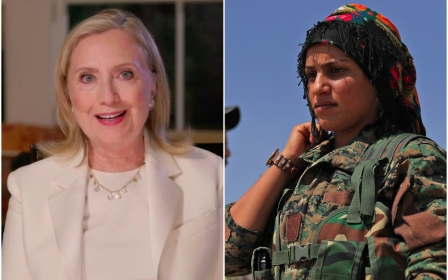